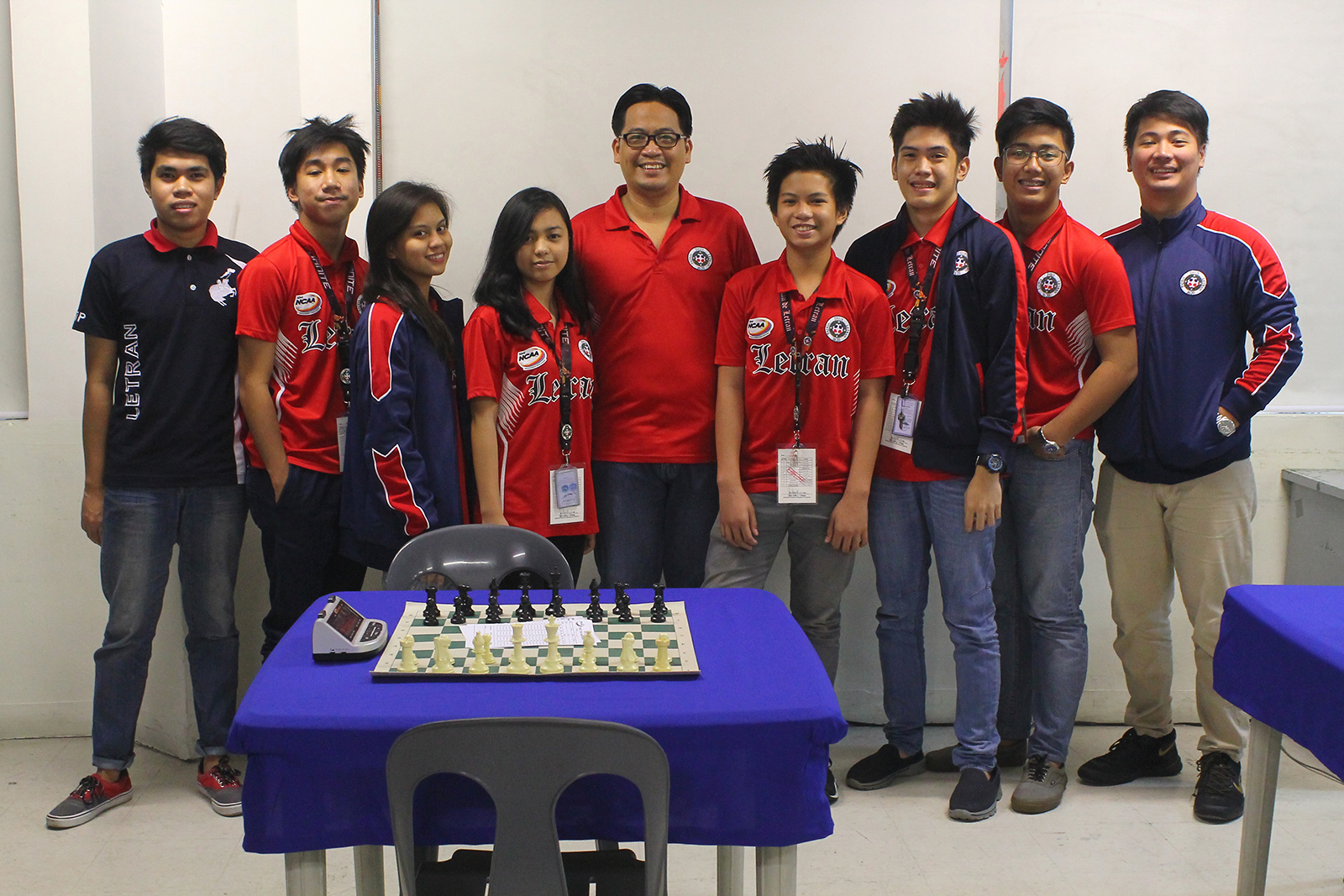 The Letran Chess team steadied their ship atop the team standings and defended their crown against the Perpetual Help Junior Altas to capture their 14th chess title in the juniors division of the National Collegiate Athletic Association (NCAA) Season 93 chess tournament.

The fantastic quartet of Mark Daluz, Melito Ocsan, Alexis Osena, and Eric Yap teamed up once again to conquer their counterparts for an emphatic 3.5-0.5 victory.

Before outwitting Perpetual Help, the back-to-back champs were eager to face the San Beda Red Cubs for a finals rematch. However, Perpetual garnered convincing wins against the Red Cubs - one in the elimination round and one in the semifinals - which eventually tossed the Mendiola-based squad out of the tourney.

“Still, we won’t underestimate Perpetual. They are dangerous opponents too,” said head coach Roland Perez prior the finals match. However, the long-time coach was confident of his wards’ skills and talents and that they will come out stronger to pull-off the victory.

“They applied everything I taught them, avoid past mistakes and enjoy the pressure,” said Perez.

Meanwhile, Daluz retained his title as the league’s Most Valuable Player (MVP). In return, he received the highest praise from his longtime mentor Perez.

“That kid has a future. He absorbs what I teach him. He is a talented and hardworking player. He can be a grandmaster someday,” said Perez.

After being hailed as the kings of chess in the juniors division once again, Perez also captured his 11th NCAA Coach of the Year (COTY) award.

The national chess master has been mentoring Letran for 15 years already. He started as an assistant coach in 1999 when Letran won its second title in the juniors division. A year after that, Perez took over and started delivering numerous chess titles for Letran. He led the juniors’ chess team to four straight titles from 2000 to 2004 where they snatched both tournament divisions.

The former Palarong Pambansa head coach had a title drought from 2005 to 2007, but after that he lifted Letran once again and got back on the winning track, snaring the juniors crown in Seasons 83 and 84.

Perez also led the Woodpushers to a three-peat from Seasons 88 to 90.

When asked about spending the rest of his career in Letran, the soft-spoken coach said, “For now, let’s make it a beautiful mystery. Life sometimes give us an unexpected, wonderful, but different journey.”

Indeed, things are sweeter if unexpected. But for Perez and his team, everything seems to be going the right place.