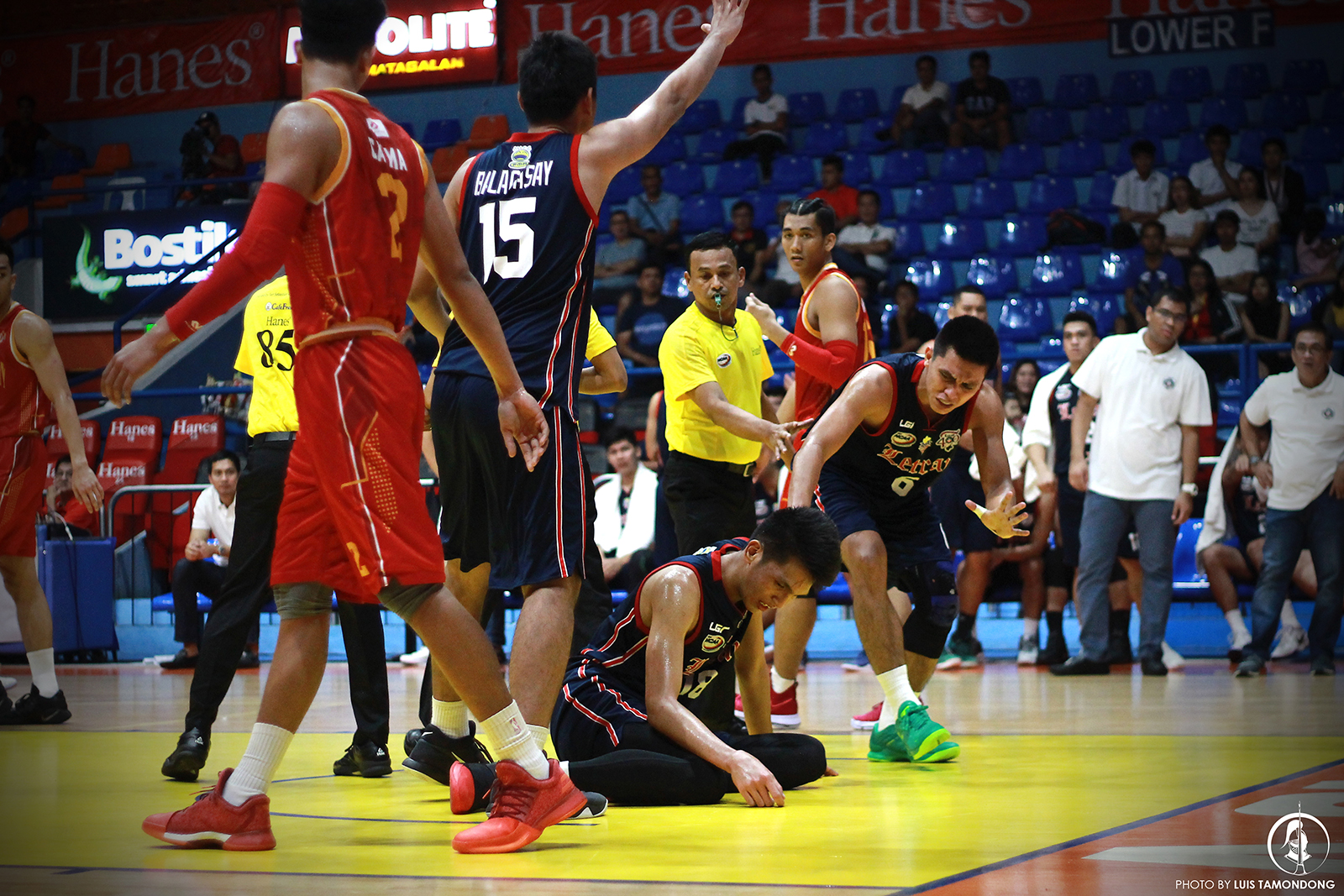 Jeo Ambohot is quickly recovering from the injury he endured late in the first round of the National Collegiate Athletic Association (NCAA) men’s basketball tournament. But his return to the hard wood remains uncertain.

Ambohot got injured in a game against San Sebastian College on August 15, when he landed badly on his right wrist after a rebound attempt. It was revealed that he fractured his wrist and would take two months for him to recover.

However, after being cast for a month, x-rays revealed that the bones have reconnected properly.
“Kakapa x-ray lang namin nung Monday (September 11), ang laki na ng nagbago,” Ambohot said to The LANCE.

The cast was removed last Friday, September 15, and the 6-foot-6 big man has been wearing a protective brace since then.

The Compostella Valley-native will meet with the doctors on Monday for another check-up. If the injury does not require any casting, he could be cleared and rejoin the Knights in the latter part of the second round. Unfortunately, if the injury does require another cast, Ambohot will be out for the season.

Ambohot admitted that the road to recovery is not easy but aims to bounce back from these difficulties in order to help Letran in its resurgence campaign.

With his return still uncertain, Ambohot puts the team’s final four hopes on his teammates. Lance Vacaro, CP Pamulaklakin, Christian Balagasay, and Josh De Villa were the other frontcourt talents that played in replacement of Ambohot. Yet, the Knights are 0-3 without him and are currently 5-6 in the tournament as of writing.