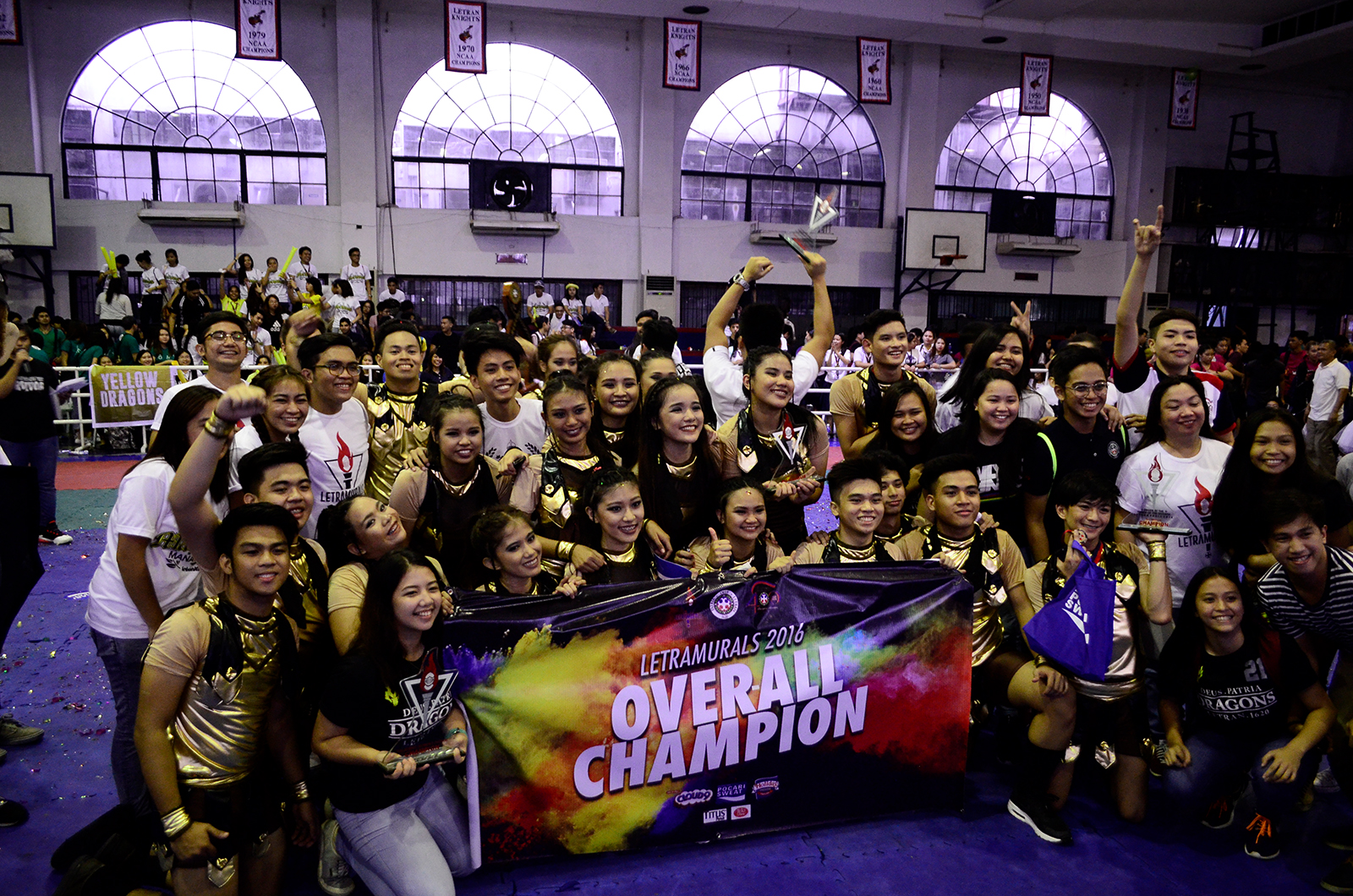 As an avenue to find respite in the usual day-to-day academic activities, the Letran community will once again witness the opening of the Colegio’s annual sporting spectacle filled with new projects and events.

The Office of Student Welfare and Development (OSWD), the overall-in-charge of the whole event, plans to improve participation among students through the games which aim to give them the opportunity to showcase their athletic skills in a two-week competition starting from September 21 to October 5. However, there are a few changes to this year’s tournament.

SHORT DURATION
OSWD Directress Asst. Prof. Catherine D. Sanchez said their office has already coordinated with the Athletics Department regarding the reservation of venues as well as the gathering of the technical committee members. However, the duration of the Letramurals will be shorter than the previous installments.

“This year, ang Letramurals aabot lang ng mga more or less 14 days unlike 'yung last year na three weeks. But the schedule of the games will be spread throughout the week from Mondays to Saturdays,” Sanchez said.

The annual search for Mr. and Ms. Letramurals will still take place during the opening ceremonies. Winners, as stressed by Sanchez, shall embody the “core values of a true Letranite."

For the closing ceremonies, there will be the highly-anticipated cheer dance competition where dancers from respective colleges will showcase their high-caliber dance skills. The announcement and awarding of winners will also be on the same date, October 5.

Additionally, this year’s Letramurals will be made even more colorful with the help of sponsors and tight cooperation of all colleges and the working committees involved.

CLUSTERING OF TEAMS AND INTRODUCTION OF NEW EVENTS
A big change in this year’s Letramurals is the clustering of teams.
“From 10 teams last year, now we have six teams,” Sanchez revealed.

She further explained that the reason for integration of teams is the consideration in terms of the number of possible participants per event. She emphasized that there are teams without players for a particular sport due to the advent of Grades 11 and 12, and having only third and fourth year students in the college department.

“With that clustering, they can select from the pool of students per program,” she suggested. “The consideration for this naman is to make sure na hindi pa rin mawawala 'yung identity of teams and their identities will still be preserved,” she added.

Letramurals 2017 will also introduce billiards and bowling in replacement to swimming and dance sport. Unlike the usual sporting events, these new and relatively known sports in the Colegio are open to both men and women. But as per Sanchez, they will still meet with the PE Department for the possible changes in the mechanics of the said events.

“We decided to change (swimming and dance sport) with billiards and bowling. Anyway, mga students naman natin they have a background sa bowling because of PE [and] besides billiards is also a sport,” said Sanchez also noting that these new events will have their owns sets of referees.

The OSWD believes that the integration of the teams and replacement of sporting events will add thrill and excitement in the duration of the Letramurals. To sum up, the following contests for this year are: basketball, volleyball, chess, badminton, bowling, and billiards.

STUDENT'S DEVELOPMENT
Although there are minor changes to the event, Letramurals still encourage the growth of students through friendly competition and teamwork, according to Sanchez. She then noted the importance of building a sense of camaraderie, saying, “This is the time where they mingle with other programs and enjoy the company of students enrolled in their program.”

Also, Letramurals is also an opportunity for non-NCAA athletes to shine and compete very much like the players that represent our school colors. This is the time when the level of competition rises within the students while also reigniting the Arriba spirit.

As the games open, it reminds us of the Colegio’s goal of uniting one another. The much-awaited event will serve as an avenue where all the efforts will be acknowledged and seen.
Six teams, one goal, and one epic event set to blaze.