Beyond the Sport: Letran coaches rise to the limelight 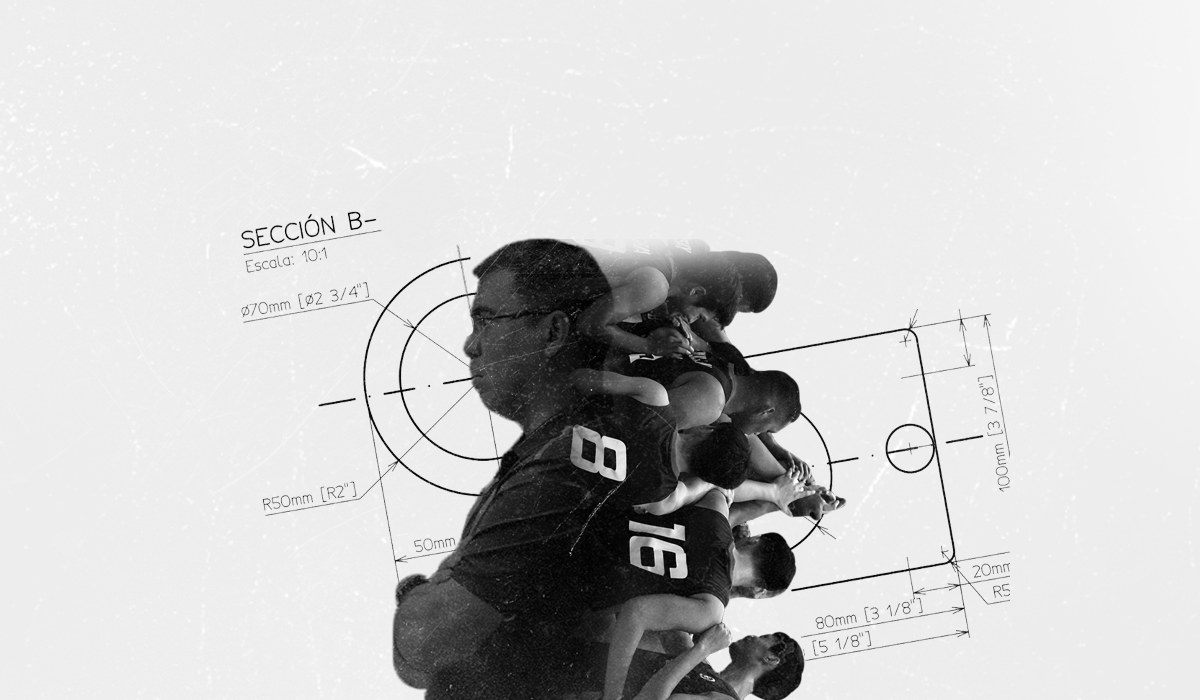 It’s always the athletes that catch the praise and recognition. In fact, we often forget that the athletes we’re fond of watching are all products of a team composed of dedicated people we often see outside of the court, shouting and suggesting what the next play should be.

These people we see every training are sometimes furious to know whether the team cheated on running hundreds of laps.

Coaches may have mood swings on the court, but we all know it’s just part of the act. In this edition of Beyond the Sport, we feature three respected Letran coaches who, despite inevitable setbacks, thrived to be where they are now.

At a young age, Coach RJ had already found himself venturing into sports. In fact, he tried almost everything there is, may it be swimming, volleyball, taekwondo, and even karate.

“I can’t live a day without sports,” he admitted.

But at the end of the day, it was always basketball for him. Coach RJ started his career in the sport when he signed up to play for the Letran Squires back in the day. Upon graduating high school, coach RJ aimed to play in the seniors’ division. But unluckily, the odds didn’t go his favor.

However, it didn’t let him down because Letran had given him an opportunity which he would venture until now. He has been a developmental coach for the Colegio’s basketball program, teaching kids and teens to achieve what they want in the court.

As it turned out, the job he has now is very applicable to his father duties at home. Coach RJ wishes his sons to attain what he had as well, not just on the court but also thrive their way to their dreams just like how he motivates his ballers in the Colegio. For the past 10 years, he admitted that watching his kids grow is his favorite routine other than basketball. For him, only a few people have the chance to watch their kids grow. “Out of 100 na mga tatay sa mundo, isa lang 'yung nabibigyan ng chance ng Diyos na makasama 'yung anak niya. So I grabbed this opportunity na makapag-coach ako sa Letran at the same time alagaan 'yung mga anak ko," he shared to The LANCE in an interview.

Jobell Peralta is the kind of person who doesn’t get that much media attention. He wasn’t used to talking to some random uninvited guest with out-of-the-blue questions. So we asked one of his players, instead.

Assistant coach Peralta, according to Track and Field team captain King Mejia, has been the team’s greatest motivator. He has been one of the sources of strength the team is lucky to have, pushing players to work hard and attain what they want on and off the field.

As simple as that, players on the team like King is always reminded by coach Peralta to not give up easily on anything.

True enough, a coach who inspires you to work hard as an athlete is a great one. But a coach who combines effort and motivation to make you do better both as person and athlete exemplifies greatness.


Some of us are always blinded by that one dream that got away. Maybe it slipped away for a purpose, or maybe for the greater good.

That we can relate to coach Antonio Mance. The turns of events have been really drastic for him. First, he wished to become a pilot so he decided to sign up for the army. However, a much different opportunity came which he eventually pursued. Instead, he was tasked to coach the badminton team.

“Ang plan ko dati maging piloto kasi napasok ako sa Army then naging coach ng badminton doon,” he revealed.
After his stint in the military, the coaching nod seemed to be a calling for him. He fell in love with it and decided to pursue it as his career. He then became the mentor of the Philippine national (RP) team and the National University badminton team years back.

Now, coach Mance has brought his talents to Letran where he spearheaded the team to an overall championship in his first year last season. The former pilot dream has now become a shuttlecock reality that he is enjoying.