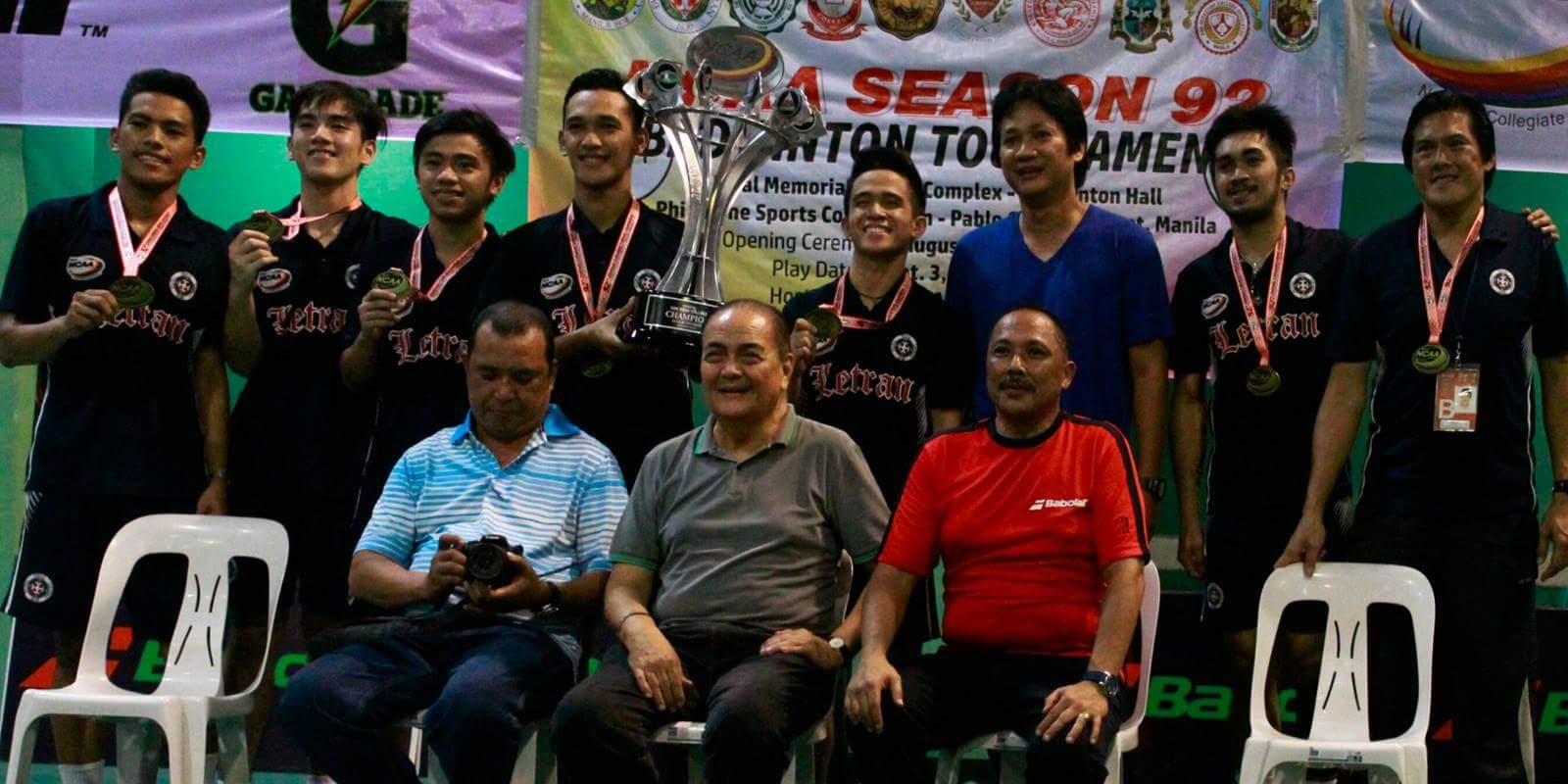 The Letran Shuttlers will defend their championship title in the upcoming NCAA Season 93 badminton tournament.

Though the Shuttlers may seem to be lying low for a while after reclaiming the coveted title last season, team captain Nephtali Pineda debunked the myth. In fact, the team managed to train even during the summer break just to be in shape for the upcoming season. Pineda admits that a strong competitive attitude keeps them motivated during practices.

While all the teams are hungrier for the crown, Pineda believes that Lyceum of the Philippines University (LPU) remains as one of the teams to look out for this season. Notably, the two teams previously clashed in a do-or-die championship match last year when Letran pulled off a come-from-behind win to reclaim the crown they last won in Season 90.

Two-time Most Valuable Player Joseph Sabarre and Pineda himself, both senior players, are expected to lead the team this year.

The tournament will start on September 4 at the Rizal Memorial Sports Complex. Letran will face off against San Sebastian College and Jose Rizal University in the opening day.