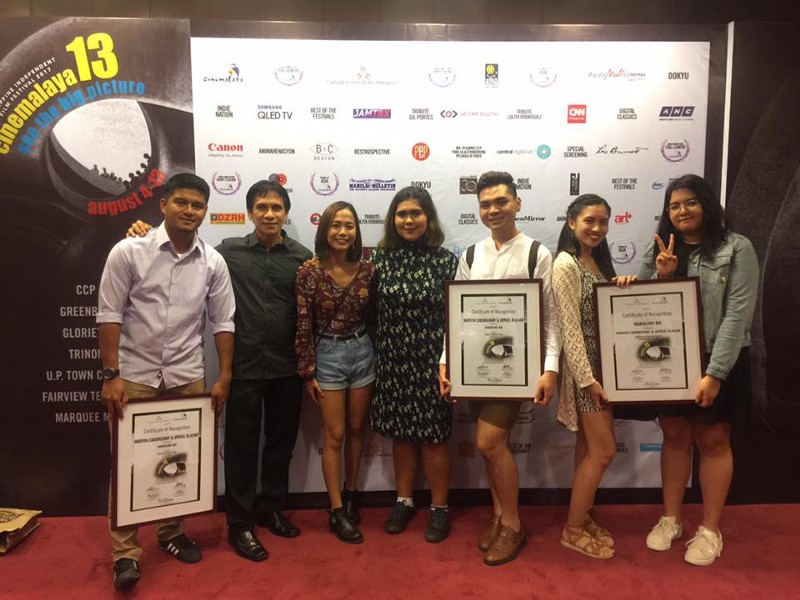 From a school requirement to a winner of the country’s biggest independent film festival, Barbee Olaivar, one of the directors of ‘Nakauwi Na’, is beyond grateful on receiving the Audience Choice award for Short Film category in the recently concluded Cinemalaya 2017.

Olaivar could not also imagine herself stepping up onstage to receive an award. Also, being part of the competition was a stepping stone and a great experience for her to finally get into the film industry.

After the Cinemalaya season, Olaivar shared that they have been receiving invites for screening from exhibit venues.

The film production team is also looking forward to joining international film festival like in Busan and Singapore.

‘Nakauwi Na’ film deals with Mang Jerry as he finds ways to earn enough money to get his son, a victim of extrajudicial killings, out of the funeral home. Directed by Marvin Cabangunay and Barbee Olaivar, both AB Communication graduates, the said film was originally an official entry for CinemaKnights which was later on hailed as Best Film in Excellance 2017, the Institute of Communication’s annual Awards for Communication Excellence.

Olaivar and her team gladly received the said award last August 13 at Cultural Center of the Philippines (CCP).
Philippines