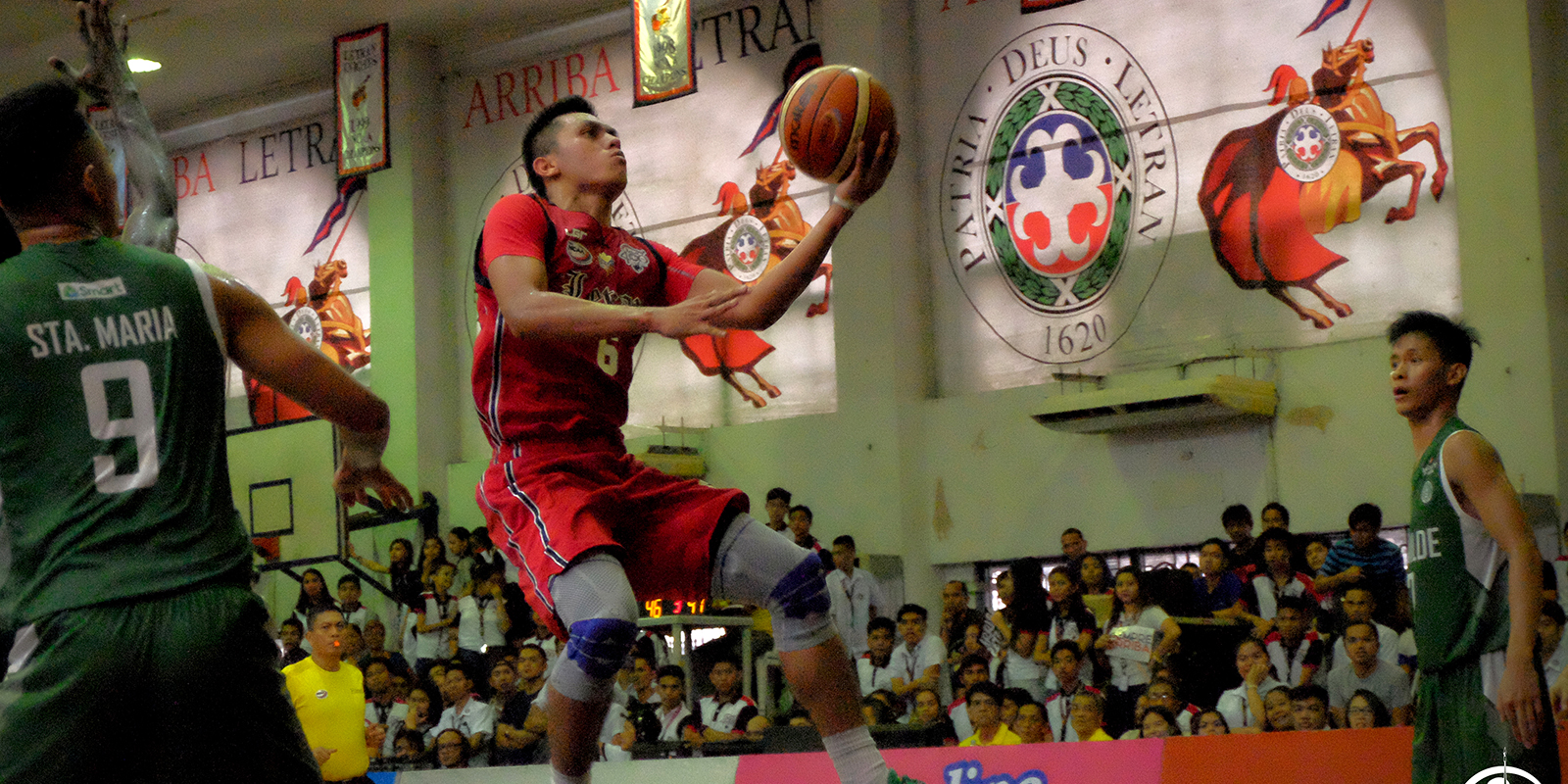 Rey Nambatac has already proven that he is Letran’s main man. In fact, the exclamation point to that notion arrived at the place where it really mattered.

Nambatac carried the Knights to the victory against the College of St. Benilde (CSB) Blazers, 92–78, in front of a packed Letran Gym during the NCAA On Tour on Thursday.

The ‘Stingrey’ scored a season high 31 points to become the first player in Season 93 to score 30 or more, and go with 11 rebounds and five assists.

However, the Intramuros-based dribblers found themselves bothered by their own excitement to put on a show for their home crowd, resulting to a sluggish performance early in the game, 14–21 in the first period. But Nambatac exploded for 15 points in the second period to spearhead Letran’s offense.

Although a nip and tuck battle during the third period, the Knights managed to take control of the tempo in the final canto. An 11–0 run was enough for them to pull away, 77–66. The Blazers tried to make their own run but weren’t able to hold the Knights off with Nambatac, Jeo Ambohot, and Bong Quinto providing steady offense.

Quinto added 14 points and seven assists to the win, while Ambohot finished with another stellar double-double with 11 markers and 12 boards. Daryl Pascual, who barely saw action in the season, had 12 points and five rebounds who started for the Knights.

Letran is the first home team to win in an On Tour game for a 3–3 win-loss card in the season. They will face University of Perpetual Help on August 11.