Quinto & Calvo’s decision to stay placed at the perfect time 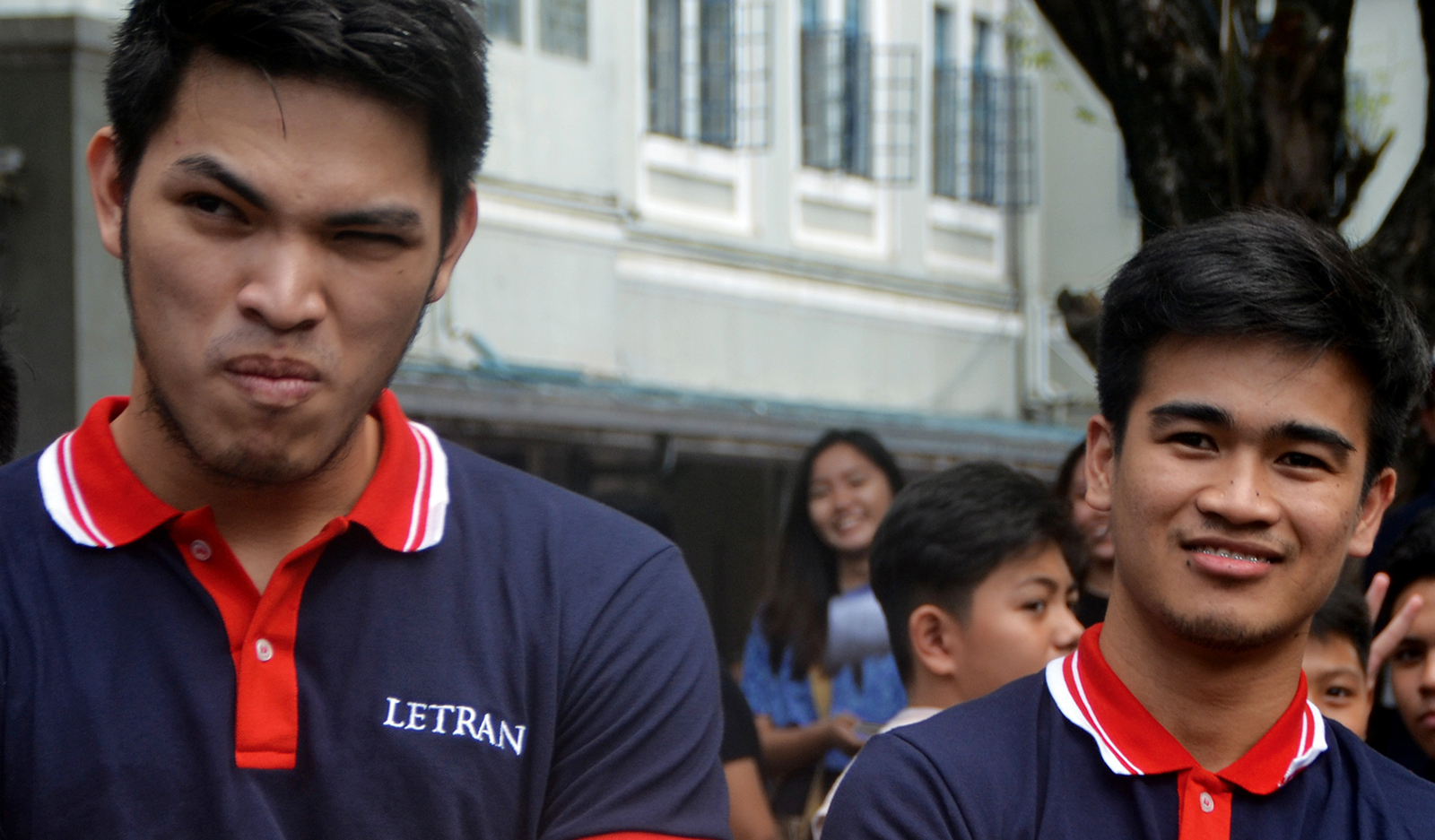 Drama and controversy loomed the Colegio with Bong Quinto and JP Calvo’s shocking decision days before the NCAA season began. But it’s a matter of perfect timing that brought the Letran community back to its heels.

The names Bong Quinto and JP Calvo were not announced during Letran’s recent Pep Rally. The crowd suddenly broke into a somber silence. A few seconds after, the hosts -- seemingly aware of everything -- asked if they had someone uncalled.

Surprisingly, Quinto and Calvo’s names were called once everyone sadly thought the roster was complete. The two players stood still, and then walked towards the stage while the crowd froze their eyes onto them.

Both have filled the Letran community with distraught after rumors have circulated that Quinto prompted to sit out of the team, while Calvo sought to follow, just a few days before Season 93 started.

True enough; the abrupt decision would potentially darken the Knights’ resurgence campaign this season. Quinto and Calvo were “heavily recruited” by a UAAP team said athletics moderator, Rev. Fr. Victor Calvo, O.P. But numerous sources revealed that La Salle – where former Knights coach Aldin Ayo now resides -- had given both an offer they
cannot easily turn down, u l t i m a t e l y prompting the two ace players to decide only days ahead of the new season.

Quinto, admittedly, said he was on the verge of leaving the school he represented since he was in high school.

Quinto won the MVP plum in his senior year in high school when he led the Letran Squires to the NCAA Final Four. Fortunately, it was his family that reminded him of the reason how he reached his current position in the collegiate ranks.

Likewise, Calvo insisted it was hard for him to decide because it was a matter of pressure coming from him and the whole Letran side. Thankfully, a conversation with Letran higher-ups, including with Rev. Fr. Clarence Marquez, O.P., helped him forgo his decision to transfer.
“Talagang magulo lang yung isip ko. Yung mali ko, dalawa o isang tao lang yung pinuntahan ko na humingi ng advice,” said Calvo.

The drama and controversy jolted the whole Letran community during those crucial moments, especially given the Knights’ hope of a Final Four return which they failed doing last season.

It came to Jeff Napa during the Pep Rally, though. Both of his boys, thankfully, have decided to stay with the team to make that goal possible. As he spoke in front of the Letran crowd during the Pep Rally – a day before the NCAA opened, Napa became emotional: a scenario hugely indifferent from what he looked like during games. But that time, tears leaked out his eyes.

All the drama during the Pep Rally suddenly became signs of joy, pride, and hope –which the event should be about more than just introducing the athletes. Quinto and Calvo’s decision to stay seemed announced at the right moment, at the right time, and at the right place. The Letran community, after days of being dawned with darkness, was once again filled with much more positivity.

And it was, after all, the perfect time to be.