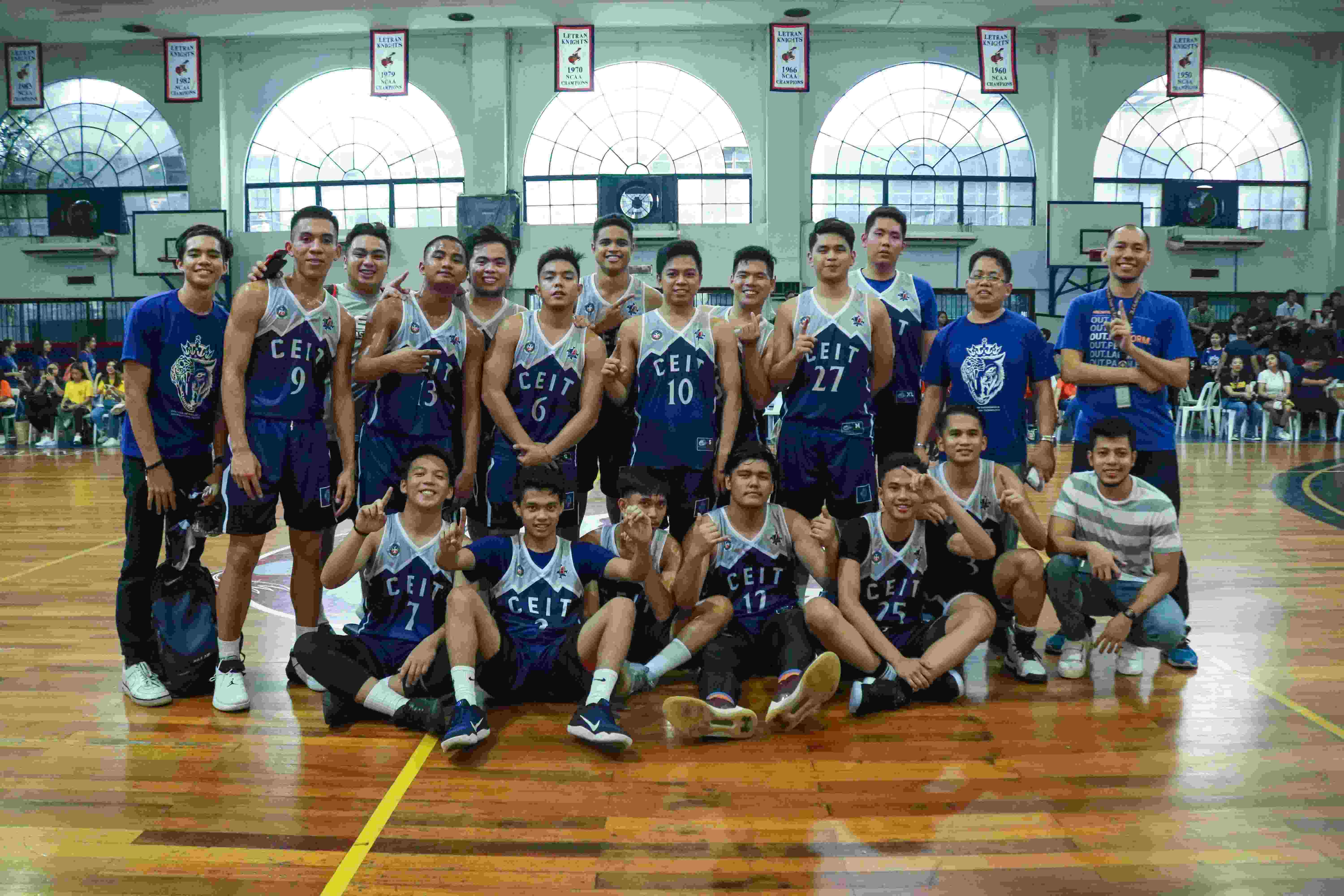 After failing to secure the crown last year, the College of Engineering and Information Technology have finally claimed the elusive championship in the Letramurals basketball tournament after escaping with a 67-63 victory against the College of Business Administration and Accountancy I, last October 23, at the Blessed Antonio Varona gymnasium.

Last season, CEIT dominated the elimination round, only to collapse in the finals; surrendering the chip to the Senior High School Pink Rams (now SHS I).

This time, the team had it all figured out as Led Valeriano led the team with 17 points built on five three-pointers. Terrence Manalastas chipped in 13 points, six rebounds, and six blocked shots while Paul Alilio added 10 points, nine rebounds, and four steals in the championship match.

Meanwhile, MK Casas was the lone bright spot for CBAA I after leading all scorers with 25 points to go along with five boards and three steals.

CEIT’s do-it-all forward West Bautista was named as the tournament MVP after averaging 12.6 points and 8.4 rebounds while Alilio was named to the Mythical 5 along with Bautista.

The men in blue dominated the Letramurals and posted a perfect 7-0 slate in the whole tournament.

Last year’s loss inspired the team to oversee what they have over different teams which is familiarity.

Moreover, the support of their College Dean and fellow CEIT students made their championship campaign possible.

Nevertheless, the fourth year Civil Engineering major credited his whole team, for their teamwork, and determination to step-up.