CBAA I shines in cheerdance competition despite lack of preparation 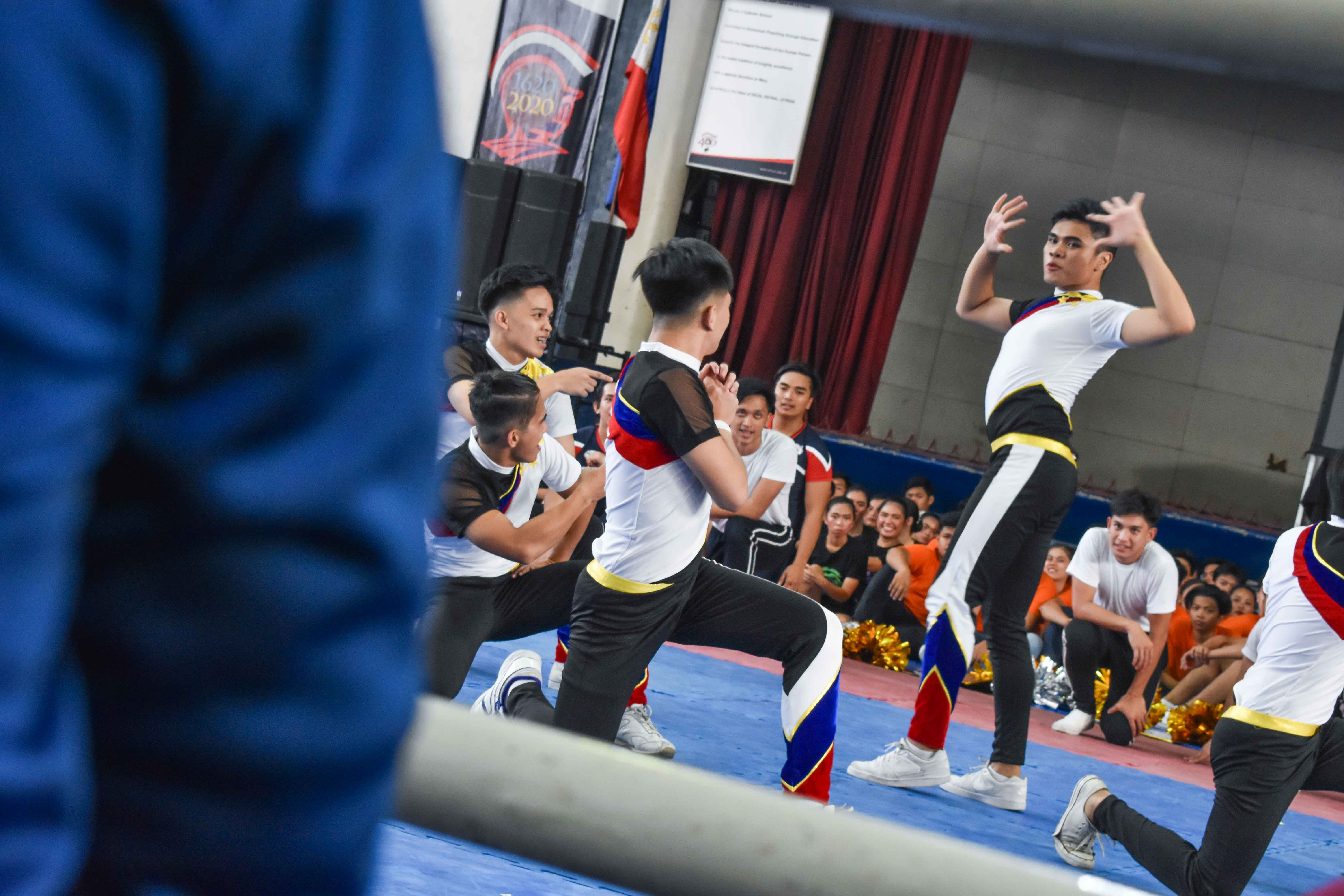 The College of Business Administration and Accountancy I ended Letramurals 2018 as they nabbed this year’s championship in the cheerdance competition after tallying 157 points in the annual event.

Team captain Timothy Yambao bared the challenges that they faced during their preparation for the annual event.

“I was thinking at that time that it’s a challenge for us to win this competition because it took us like five or seven days to polish and finish the whole routine,” Yambao said.

“Last year, they’ve done it in two weeks, so it made us think, like how can we do it in like five or seven days?” he added.

Another challenge that impeded the team’s campaign was the recruiting process.

The overall struggle that we faced as a team was that we had a problem on recruiting who will be part of the cheer dance team,” Yambao said.

In the end, despite the time constraint, Yambao never doubted his team and felt confident that his squad will be able to pull it off.

“I feel confident at that time that we can all pull it off in one piece because we all communicate and trust one another,” he shared.

The trust that each and member of the squad proved to be the key to their championship-winning routine.

CBAA I shined the best and surpassed previous champs College of Engineering and Information Technology who settled for second place.

Meanwhile, the College of Business Administration and Accountancy II finished third in the event.

CBAA I won three titles in this year’s Letramurals as they were also able to capture the crowns in the badminton and men’s volleyball tournament.