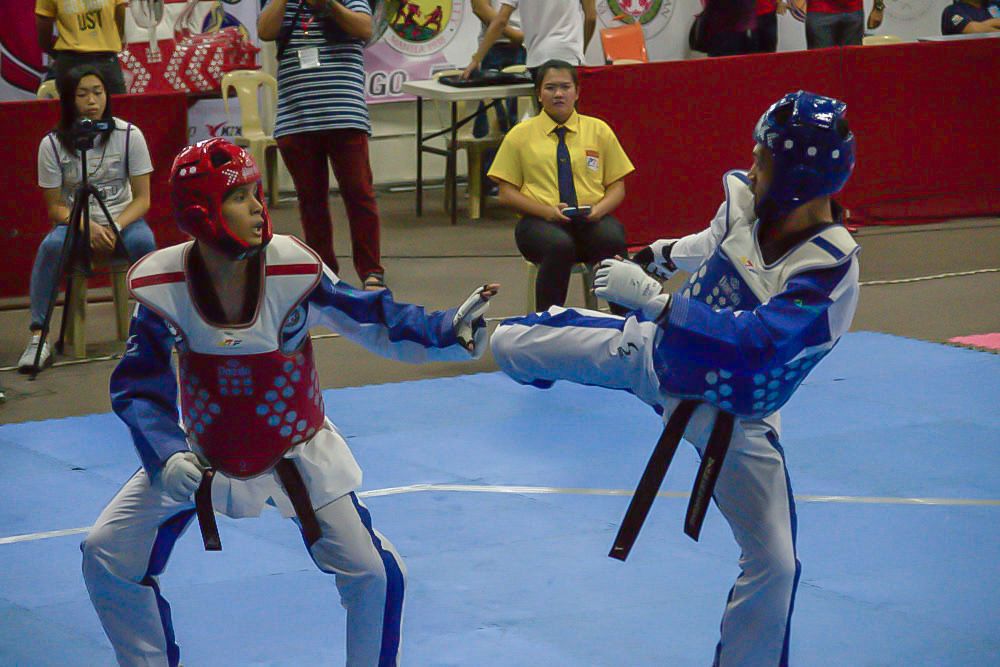 Having claimed the first runner up spot for men’s and fifth place for women’s in last year’s competition, the Letran Taekwondo teams fell short of podium finishes despite showing determination to improve on their ranks, concluding its campaign with fourth and seventh place, respectively.

After undergoing through preseason preparations on their own to ensure their performance, the biggest challenge for the squad upon entering the season was the loss of their two-year head coach who led them to a podium finish last year.

After an eventful but unsuccessful final day for both teams, Team captain and Assistant coach Anthony Avila also pinned the changes with regards to the technical rules.

“Lack of knowledge with the new technical rules. As well as the absence of training because of the newly hired team coaches,” Avila mentioned.

When asked about how the replacement went, he said: “Hinanapan naman pero two to three weeks before NCAA, and exam week pa noon.”

Former Letran taekwondo head coach Albert Napolitano Trinidad II resigned a month before the NCAA season starts and was replaced by Roderick Rivera as their new head coach, along with Jojit Gonzales, Christian Maghirang, and Ermin Janoras as part of the coaching panel.

Meanwhile, College of Saint Benilde was declared the NCAA 94 champions after dominating the mats in both men’s and women’s division.

Even with their shortcomings from defending their ranks, Avila said that no matter the outcome of the results, it is what each team in the tournament deserved.