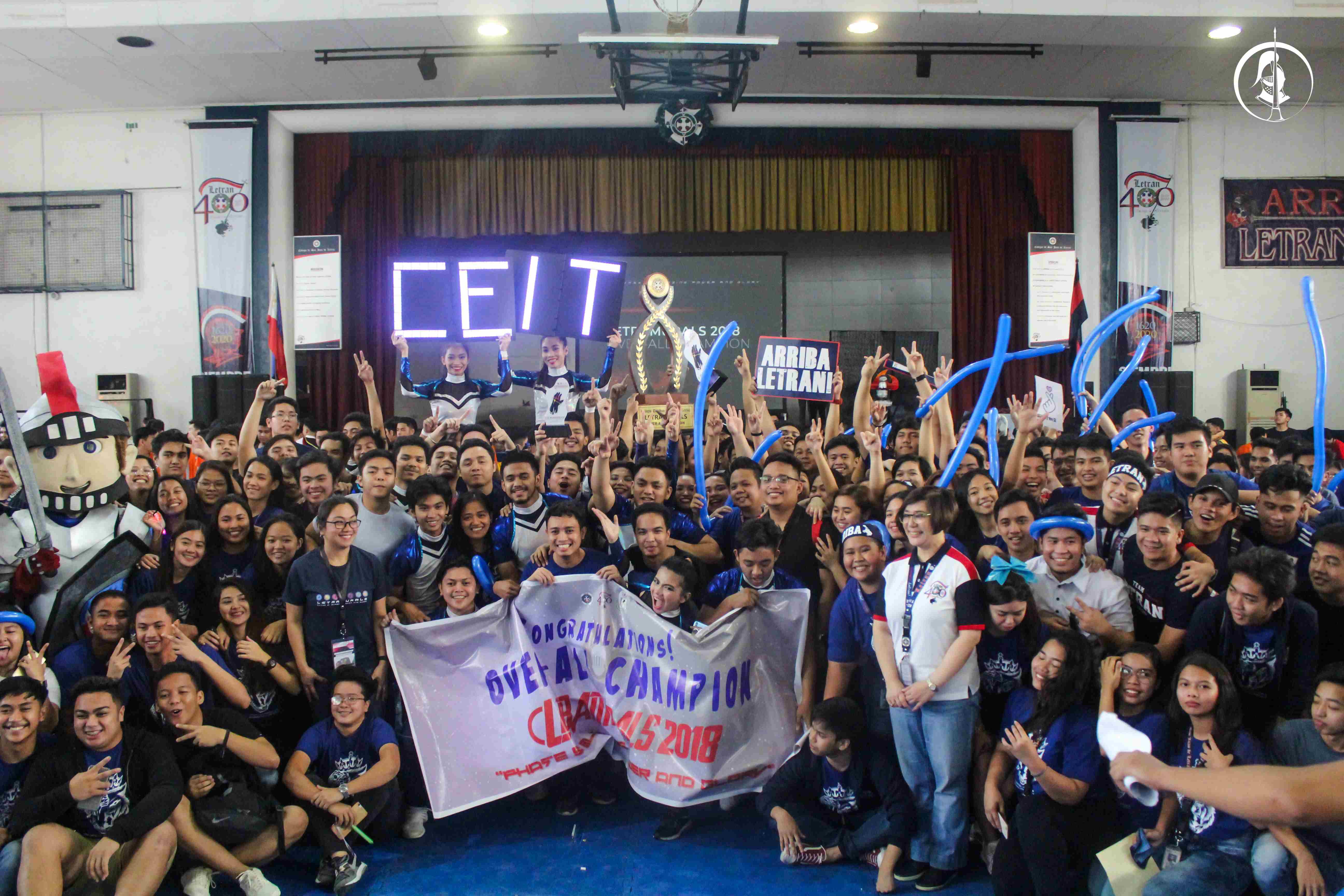 VICTORIOUS. The College of Engineering and Information Technology scored its second-straight overall championship in the Letramurals 2018. Photo by Miguel Garra.

For the second consecutive year, the College of Engineering and Information Technology showed its might and took home the overall championship after garnering a total of 355 points in the annual Letramurals.

CEIT topped three of the eleven events, taking home the cup in the basketball, table tennis, and E-games competition.

The team reigned supreme in the basketball tournament; scoring a whopping 50 points while collecting 35 points in both table tennis and E-games.

Basketball team captain Gleomel Dominise admitted in an interview with The LANCE that he was in awe with the support that the whole community gave them, especially their Dean, which became a huge factor to their success.

Just like last year, the whole CEIT community rallied behind its athletes and gave them the support they needed all throughout the event.

This proves that the bond that the community built with its players is the foundation of their accomplishment.

On the other hand,  SHS II won the bowling and fun games competition while while CBAA I, grabbed the chip in both the volleyball men’s and badminton competition.

CLAS/COED and SHS I won their lone championship in the billiards and women’s volleyball tournament.