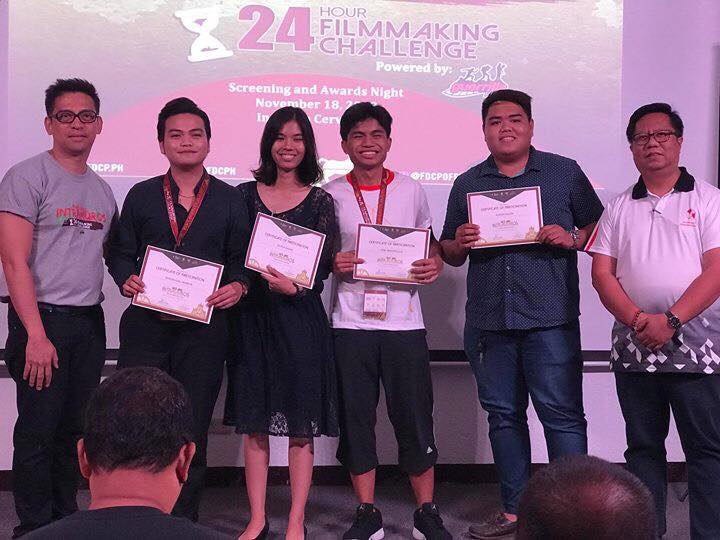 Photo grabbed from the Film Development Council of the Philippines' official Facebook page.

A FILM by the Institute of Communication (iCOMM) seniors bagged a Special Award in We Are Intramuros Short Film Festival 2018 that was organized by the Film Development Council of the Philippines (FDCP) last November 18 at the Instituto Cervantes in Intramuros, Manila.

The short film “Mamang Kutsero” produced by 19/20 productions tackled the plight of the Lesbian, Gay, Bisexual, and Transgender (LGBT) community as it narrates a story of a homosexual driver of a horse-drawn calash in Intramuros.

The Special Award is a prize given to one or two production teams chosen by a group of film critics from FDCP.

Communication Arts senior, Aaron Salem expressed his amazement on how the film achieved the award, noting the struggles they have endured during the making.

19/20 Productions is composed of Raven Pedron and Olivia Dayao as directors, Jose Montecillo as an editor, and Aaron Salem as the director of photography.

We Are Intramuros Short Film Festival is a 24hr filmmaking challenge that provides an opportunity to all young aspiring filmmakers around Metro Manila which aim to promote the outstanding values of the Filipino people like hospitality, valuing family, hard work, and resourcefulness.