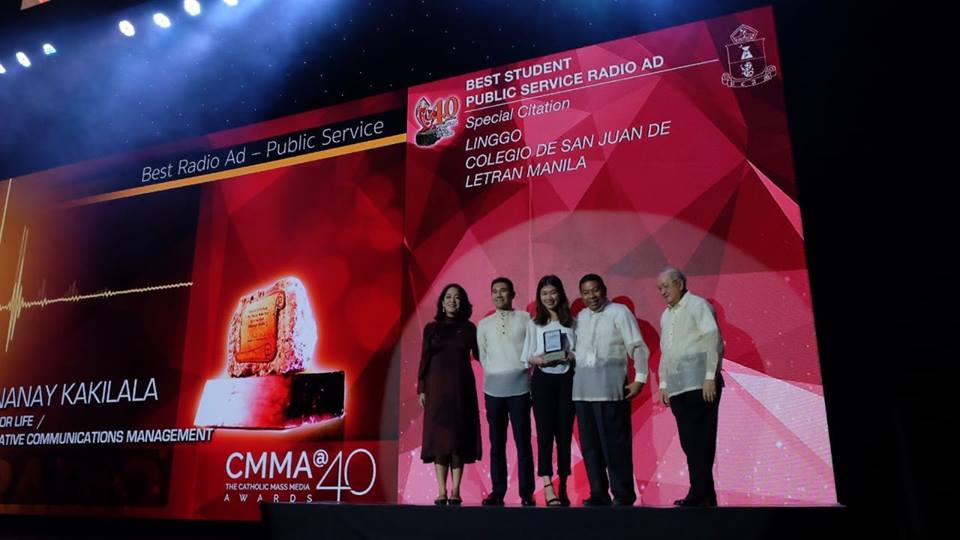 Colegio de San Juan de Letran’s Institute of Communication (ICOMM) is known for being a breeding place for industry-quality and values-oriented production regardless of which medium used.

The Special Citation for Best Student Public Service Radio Ad is a special award given to students who excelled in the field of Radio PSA.

Cosme shared her excitement as she was walking up the stage to claim her plaque. “It made my heart happy. Kasi totoo pala talaga na it tastes even more sweeter when you least expect it,” she told the LANCE.

She also expressed her gratitude to fellow communication arts student Paul Sugano who was a voice talent for her Radio PSA and to Inst. Arbie Belmonte and Inst. Robert Leeroy Lim who were her former radio course instructors.

Her Radio PSA ‘Linggo’ is about providing a reflection on the importance of the third commandment, “Remember to keep holy the Lord’s day”

Now on its 40th year, the Catholic Mass Media Awards continues to honor individuals and organizations that have promoted Christian values in any communication-related works.

The awarding took place last November 14 at the Star Theater in Pasay City.