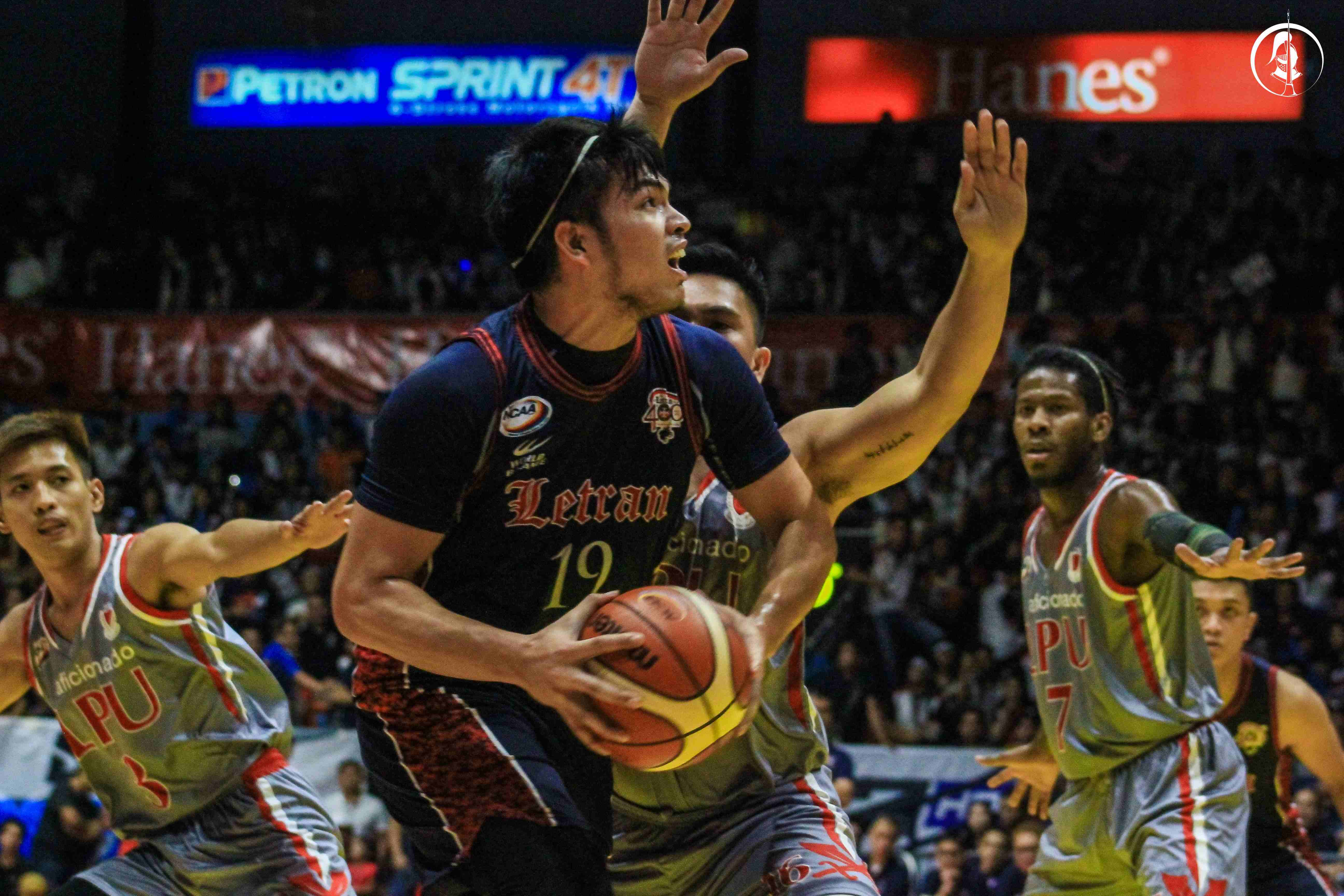 After clinching their first Final Four berth in the last three years, the Letran Knights ended their Season 94 campaign with a tough 85-109 beating against the Lyceum of the Philippines University Pirates at the Filoil Flying V Centre, on Friday.

Lyceum took the lead the entire first half behind Mike Nzeusseu’s 12-point performance, taking a 51-47 lead at the half. It was only when Koi Galvelo sank a three that gave Letran its first lead of the ball game, 56-55, with 6:22 remaining in the third. However, the Pirates immediately unleashed a fiery run; establishing a 15-0 run to regain the lead, 70-56.

Graduating point guard JP Calvo had to sit out the rest of the game after clashing with Nzeusseu earlier in the third; injuring his left leg.
Bong Quinto played his final game in a Letran uniform and was only held to 12 points on a 6-of-17 shooting after failing to overcome Lyceum’s intense defensive plays.

Larry Muyang was the lone bright spot for the Knights, finishing with 21 points and 12 boards. Meanwhile, the duo of Christian Fajarito and Jeremiah Taladua combined for 21 points in losing effort.