FDCP Film Talks makes its stop at the Colegio 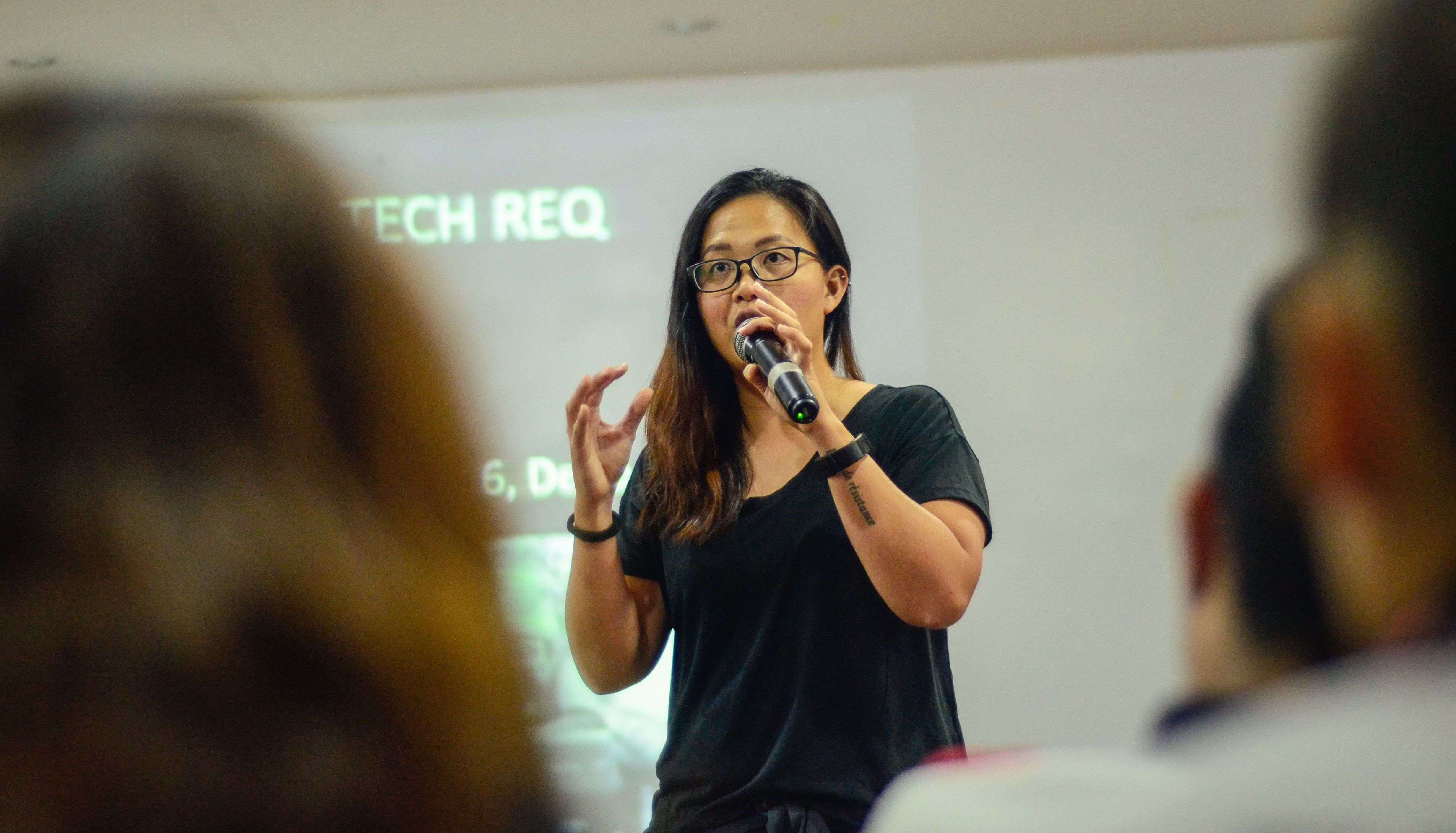 THE FILM Development Council of the Philippines (FDCP) in partnership with the Cinema One Originals, organized a film discussion seminar at the St. Thomas Hall on Wednesday, October 10.

Noteworthy guest speakers such as Tey Clamor, a cinematographer and worked for the known local films, Ang Dalawang Mrs. Reyes, Ang Manananggal sa Unit 23B, Sleepless, Ang Babaeng Allergic sa Wifi and many more, encouraged the aspiring filmmakers specifically cinematographers to have visual decisions as it has everything to do for filmmaking.

“At the end of the day, you make those decisions out of the story. Bakit mo siya gagawin is because of the story. You do not just do it kasi cool or maganda siyang tingnan,” she said.

Moreover, Clamor shared her experiences of being a cinematographer and how cinematography became her passion throughout her journey in filmmaking.

“When I started as a cinematographer, I am not a technical person, but I really wanted a craft so what I did was—I have to read my textbooks and know the things that I need to know kasi at the end of the day, a cinematographer is the technical and the artistic person and the visual design of the film,” she told the Letranites.

Aside from Tey Clamor, another guest speaker, Pamela Reyes discussed creative production, making the Letranites learn about the aspects of producing and managing a film set and developing creative ideas.

"It is always a risk kapag producer ka dahil you supervise the production. You are tasked with making sure na maayos ang production," Reyes said.

Meanwhile, the event was filled with amusement as two films, Throwback Today and Si Apple at si Chedeng were showcased to Letranites, leaving them amazed and wondered at the end of both films.

The Cinema One Originals Festival 2018 is hosted by the Cinema One with its primary aim of featuring the works of independent filmmakers, happening from October 12 to 21.

The FDCP Film Talks will continue to visit campuses with speakers from the different film production companies and special screenings of Cinema One Originals films.