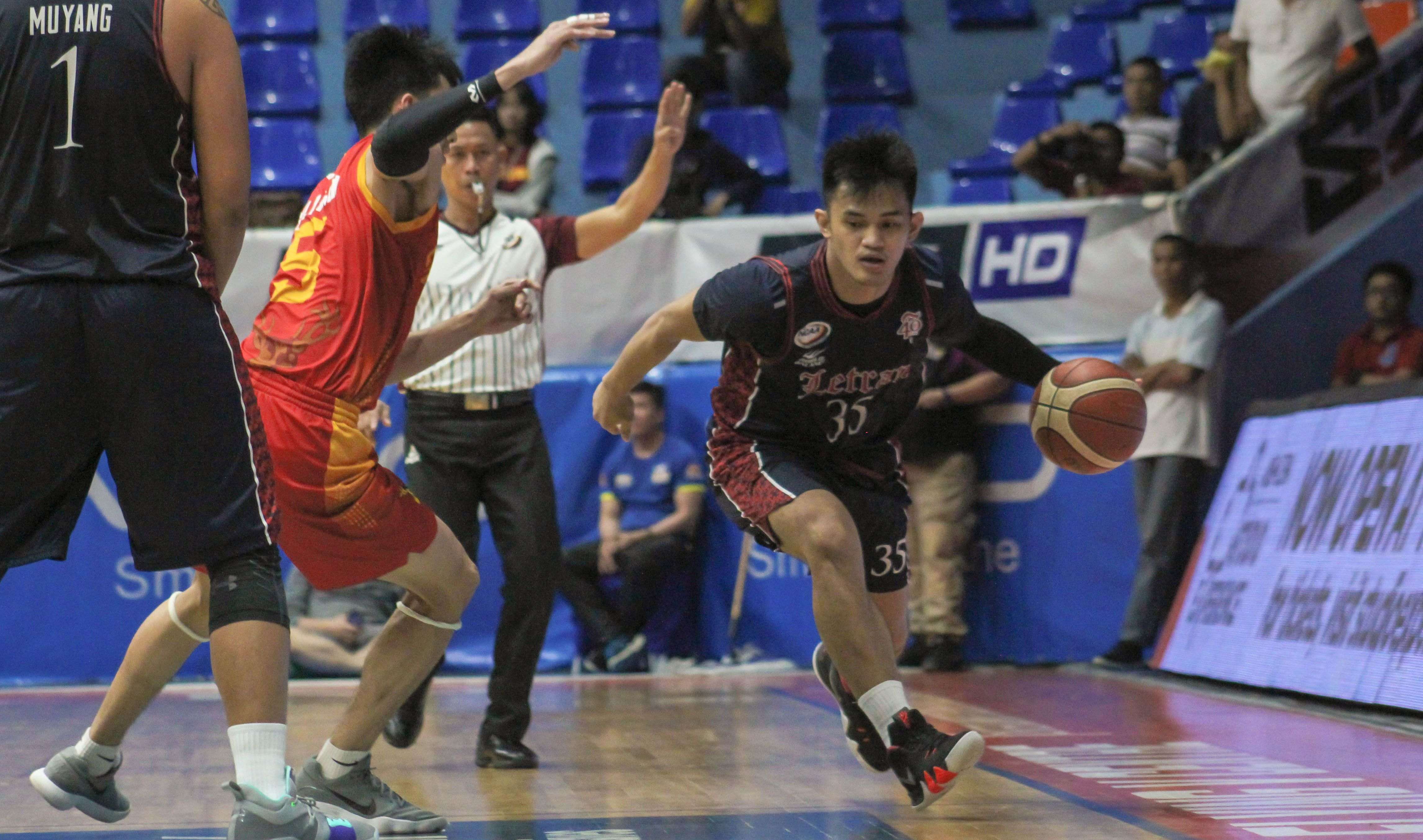 After missing the semifinals for two straight years, the Letran Knights are finally back as they clinched their final four berth at the expense of the Sebastian College-Recoletos Golden Stags, 79-61 at the FilOil Flying V Centre on Tuesday.

The Knights led by as much as 17 by halftime, 42-25. However, the Stags rallied behind RK Ilagan to cut the lead to just seven points.

With San Sebastian closing the gap, the Muralla-based ballers maintained their composure and started the fourth period with a13-2 blitz to establish an 18-point lead, 72-54, to further bury the Stags.

“We still have two games to go bago kami mag final four. Ang iniisip kasi namin we have to take care of our business muna,” the third-year coach added.

The Knights' last semifinals appearance was in
Season 91, the year they won their first championship in 10 years.

Michael Calisaan tallied 16 points for the Stags followed by RK Ilagan’s 13 as the Stags succumb to their 12th loss of the season.

The Knights are scheduled to take on the University of Perpetual Help Altas on Friday, October 16 at the Filoil Flying V Centre.