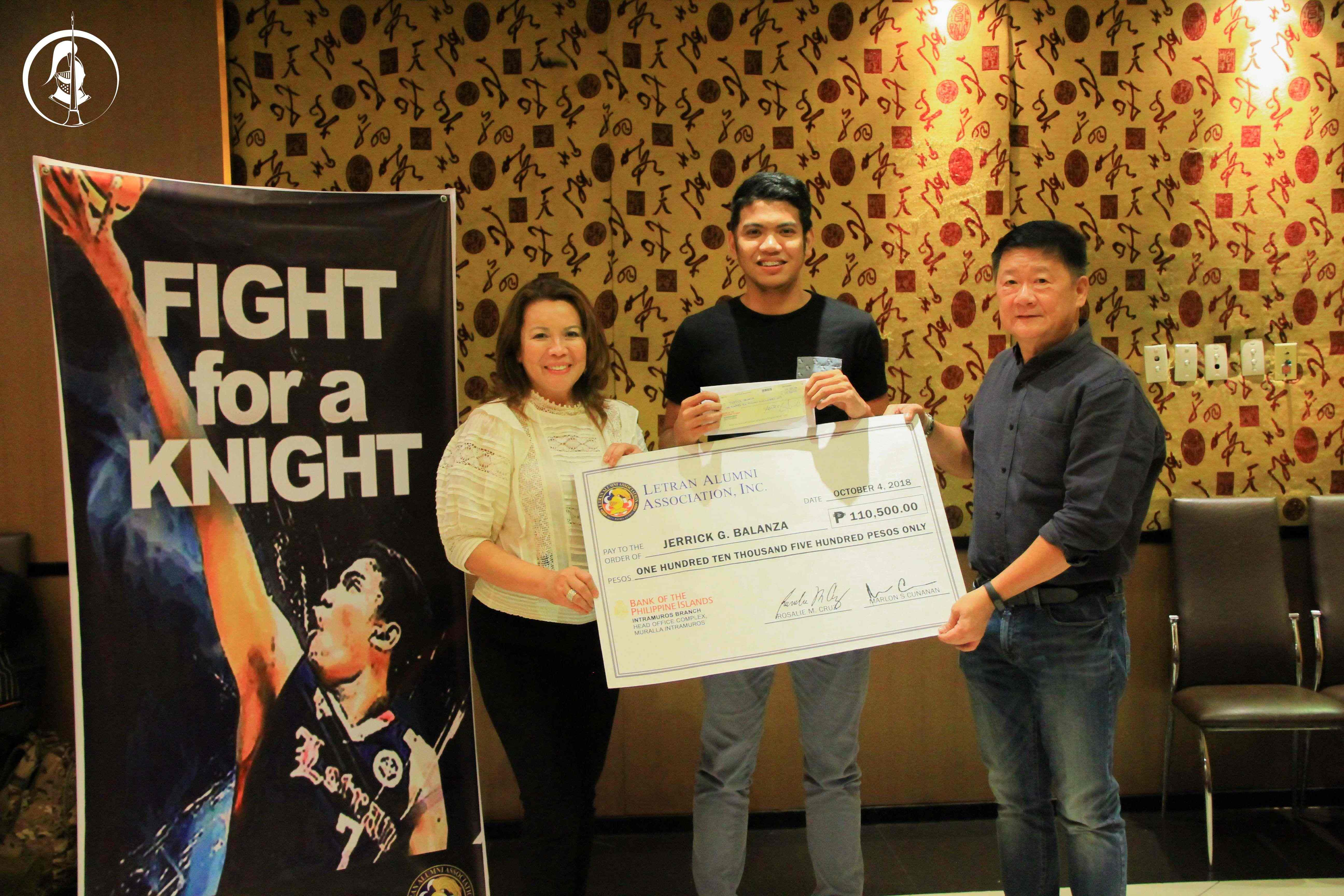 In a dinner at the Greenhills Uno Seafood Palace, the LAA personally turned over the P115,500 worth of financial pledges from the alumni of the Colegio.

LAA secretary Angelo Mendoza in his speech during the dinner narrated how the fundraising event came into reality.

Upon their conversation, Montemayor-Cruz presented the initial donation followed by Wang which became the seed of the fundraising event for Balanza organized by the alumni body.

He further explained that the board has decided to directly give the financial aid to Balanza to help the Letran Knight in his post-operation expenses.

The financial pledges presented to Balanza were from a fundraising lunch buffet organized by LAA last September 16, at Vikings SM Jazz. In which, the association collected a total of P109,500 for Balanza from 229 Letran alumni.

It was also revealed to The LANCE in an earlier interview that from the LAA board alone, they have collected a total of P80,000.

After the pledges were presented to the Letran Knight, first of the list for him to thank is the man above.

He also thanked God for giving him people who supported him in his fight.

To Balanza being a Letranite is a blessing to his life.

Balanza also shared how he could pay all the help forward.