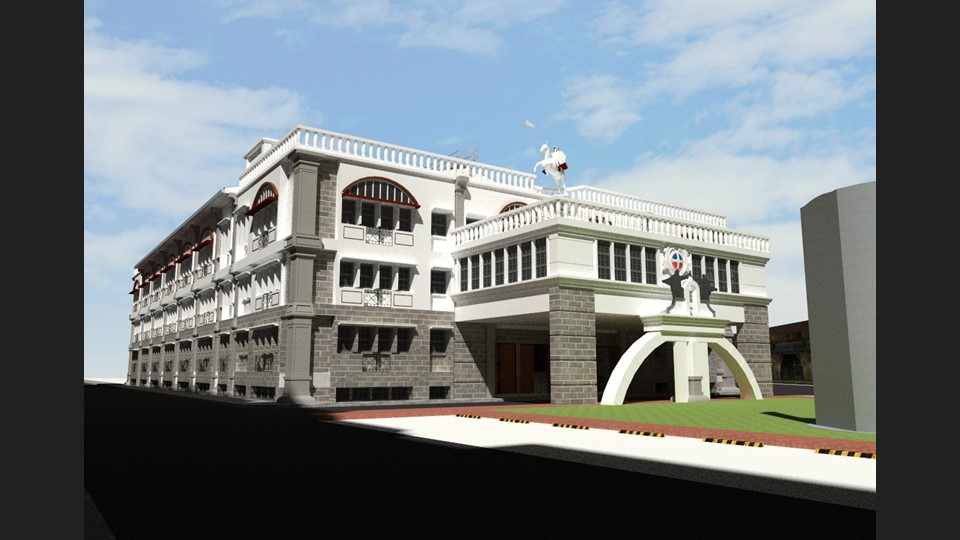 Preparations for the construction of the Letran Quadricentennial Building, more commonly known as the Blessed Antonio Varona O.P. Gymnasium are set to take place in March 2019.

As part of the Colegio’s preparation for the grand celebration, the Office of Alumni and Public Affairs (OAPA) Directress and Quadricentennial Project Head Ms. Jhennie Villar discussed the administration’s plans on the development of multiple facilities in the gymnasium.

Through the years, the gym has cemented itself as a true icon of the Colegio de San Juan de Letran, outdoing its purpose as a venue for basketball games and other physical activities by forming a legacy remembered by Letranites of generations past.

According to Villar, the Quadricentennial Building is the centerpiece of the plan, a long-term project that will house several facilities in the campus. Furthermore, she explained that the plan has been finalized by the engineers and architects who developed the design.

For the overall appearance of the structure, Arch. Armin Sarthou, Jr.—University of the Philippines-Diliman College of Architecture Dean and Letran alumnus – spearheaded the team in charge of the design of the soon to rise structure.

Among these projects are the complete construction of the playing court, multi-purpose hall, trophy room, athletics office along with the coaches’ lounge, student dormitory, and modern classrooms.

In addition to these, the Colegio is also making a move to generate alternative energy provisions through the use of solar panel field as it will accommodate 150 panels capable of generating one full megawatt of electricity per day.

Villar admitted that the institution went through a series of meetings and settlements with the Intramuros Administration (IA) which began in February.

The basement will mainly consist of a multi-purpose hall meant for various presentations, performances, and events. Moreover, Villar shared that the proposal was officially approved by the IA earlier in September.

On promoting the project

Along with this, before the academic year begins, OAPA has been on the campaign to inform the alumni about the project. “We’ve been visiting the alumni even nung nagpunta kami sa States. We showed them already how the gym will look like, so the campaign is already ongoing,” she said.

As to the events that were supposedly held in the gym, Villar said: “December pa lang block-off na ‘yung gymnasium so when we thought of activities, the academic heads and other administrative officials, did not consider the gym anymore. So if you will review our calendar of activities, wala na dun gym.”

The said plan was first presented in the Grandes Figuras held in the same venue last August 30. With the future plans for the impending 400th year celebration, the Letran Gym maintains a history and legacy that resonates differently with each generation of Letranites.