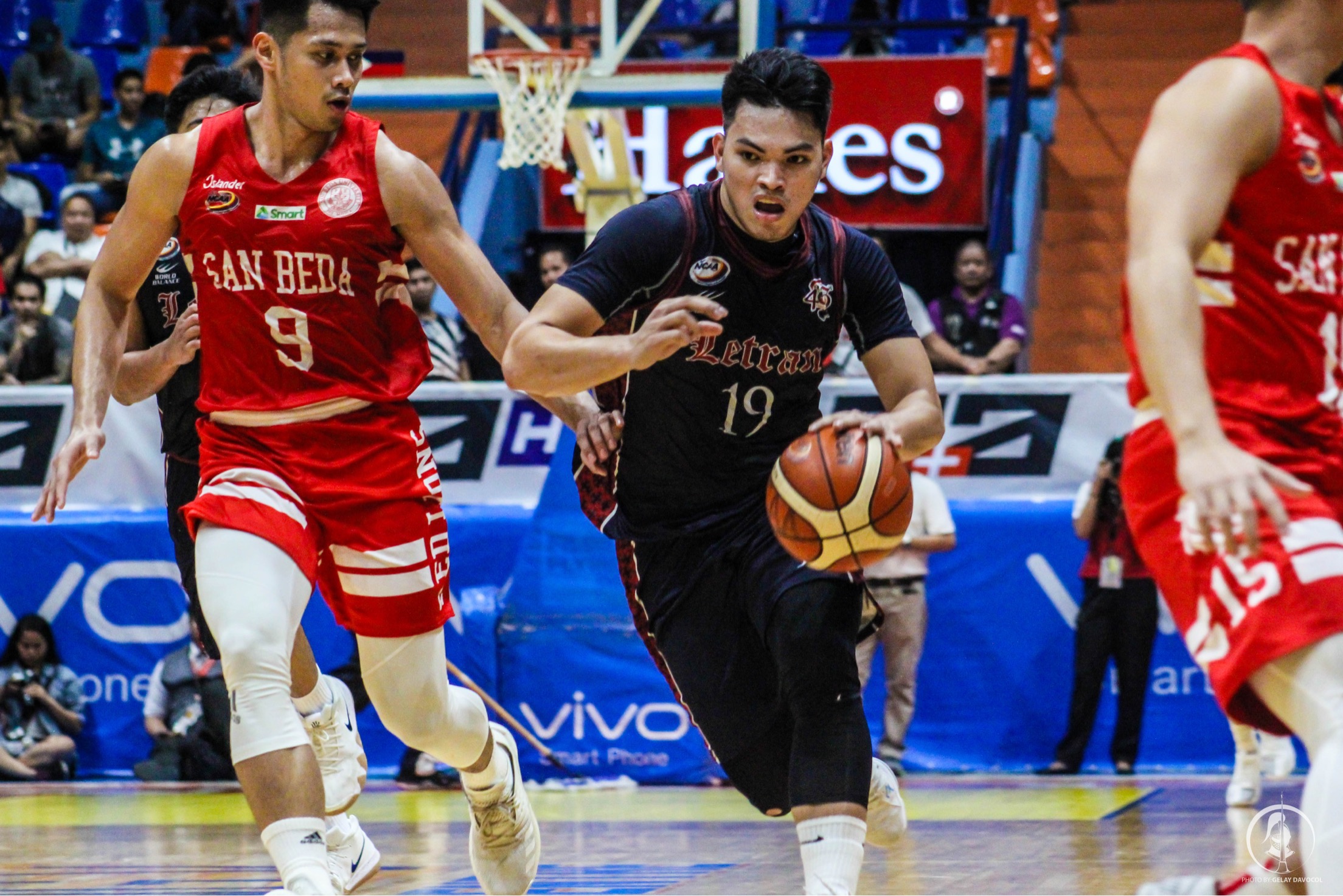 Bong Quinto scored 11 points in the last five minutes of the game to will the Letran Knights back to competition. However, the San Beda Red Lions had other things in mind as they triumphed over the Intramuros-based squad, 78-64, in the second round of the National Collegiate Athletic Association (NCAA) Season 94, on Tuesday.

It was a tight battle in the first two quarters of the game until San Beda unleashed an 11-1 run in the first six minutes of the third cant to extend their lead to 14 points.

Letran fought back and scored seven points but their five consecutive missed free throws paved the way for the Red Lions to extend their lead to 18 at the end of the third, 60-42.

However, JP Calvo fired a three that sparked a 19-0 Letran rally. Bong Quinto, who was held to only six points in the first three quarters, scored 11 big points in the Knights’ end-game frenzy. Calvo then sliced through the heart of San Beda’s defense and scored a lay-up to cut the deficit to one, 68-69.

Quinto went on a rampage; scoring 11 of his 19 points in the final minutes of the game to push Letran back into contention.

Calvo added 16 points and seven assists while the duo of Larry Muyang and Christian Fajarito finished in double-digits with 11 and 10 points, respectively.

The Knights are scheduled to take on the College of Saint Benilde Blazets next on Friday, September 14 at 4 p.m.