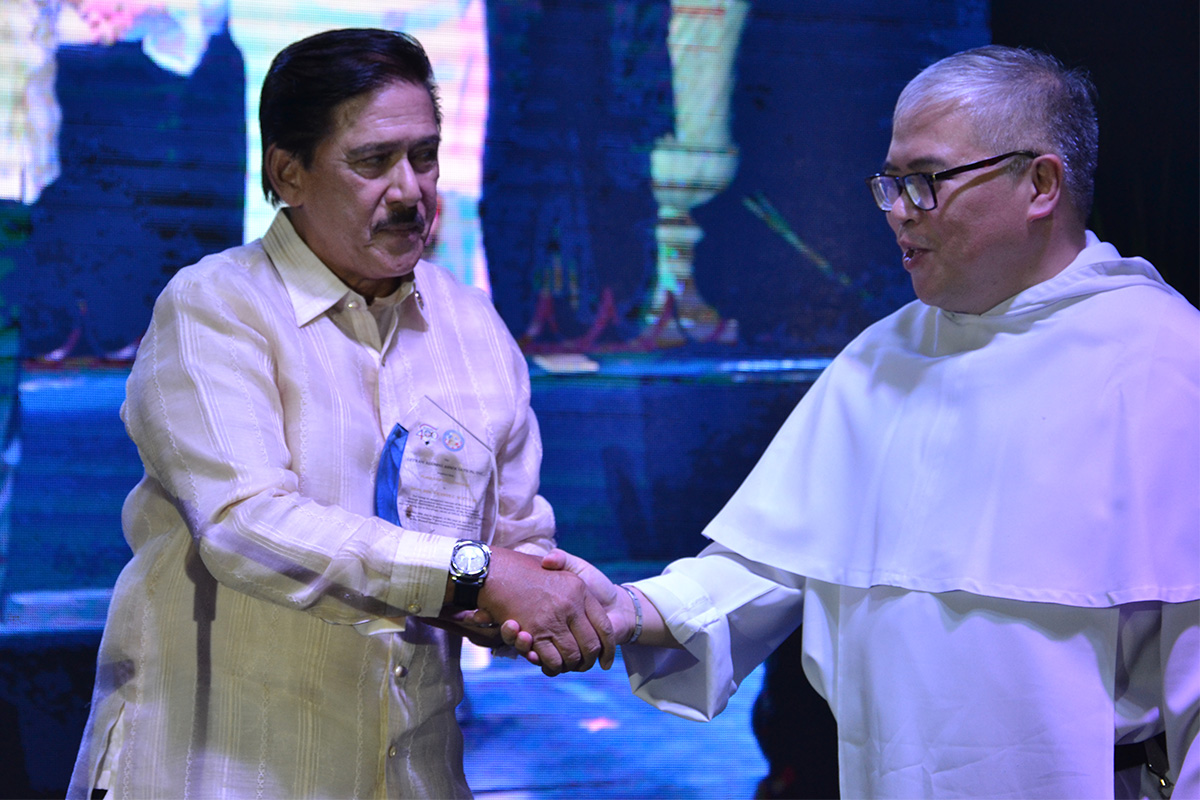 Tito Sotto shared to The LANCE how he was very honored to receive an award.

“Today is special because this is a plaque of appreciation coming from the school,” he said.

“Letran will always have a special place in my heart. Whatever I am now, whether in politics or in show business, it’s all because of Letran. I grew up in Letran.”

Sotto III was given recognition for being known in Philippine Politics as the Senate President as well as being known in showbiz during the abovementioned event.

He also posted a picture on his Instagram account (@helenstito) of him receiving the plaque and in a handshake with Rector and President Rev. Fr. Clarence Victor Marquez with the caption, “Award from my Alma Mater! Siempre Arriba, Siempre LETRAN!”

The Office of Alumni and Public Affairs directress Ms. Jhennie Villar cleared out that Sotto III is not included in the Grandes Figuras awardees for 2018 and that the LAA was the one who decided to give recognition to him.

“The LAA is a separate entity who wanted to give him recognition,” she reiterated.

The Plaque of Recognition was presented and given by the LAA. LAA requested to present the recognition that night because they do not have specific event to host the said affair.

She also emphasized how Letran rector and president Rev. Fr. Clarence Victor Marquez, O.P. was only invited by the LAA to co-present the plaque to Sotto III.

Villar clarified stating, “Siguro lang ang nangyari is they requested Fr. Rector to be on stage and to co-present the award but kung titignan mo yung [plaque], hindi po siya pirmado ng Rektor kasi [again] it’s the LAA as a separate entity who wanted to give him recognition.”

Villar: Nothing wrong with the recognition during the Grandes Figuras

Despite giving stress on the separation of LAA to Letran itself in regards to that matter, Villar mentioned that they do not see any faults on the LAA giving recognition to Sotto III during the awards night.

“Wala namang masamang tinapay kung bakit naming in-allow during that event. We do not see anything wrong with allowing the Letran Alumni Association to present their recognition or their plaque during the event. Basta clear lang kasi parang nagkakaron lang ng wrong information that Sen. Sotto was also included during the 2018 Grandes Figuras,” she pointed out.