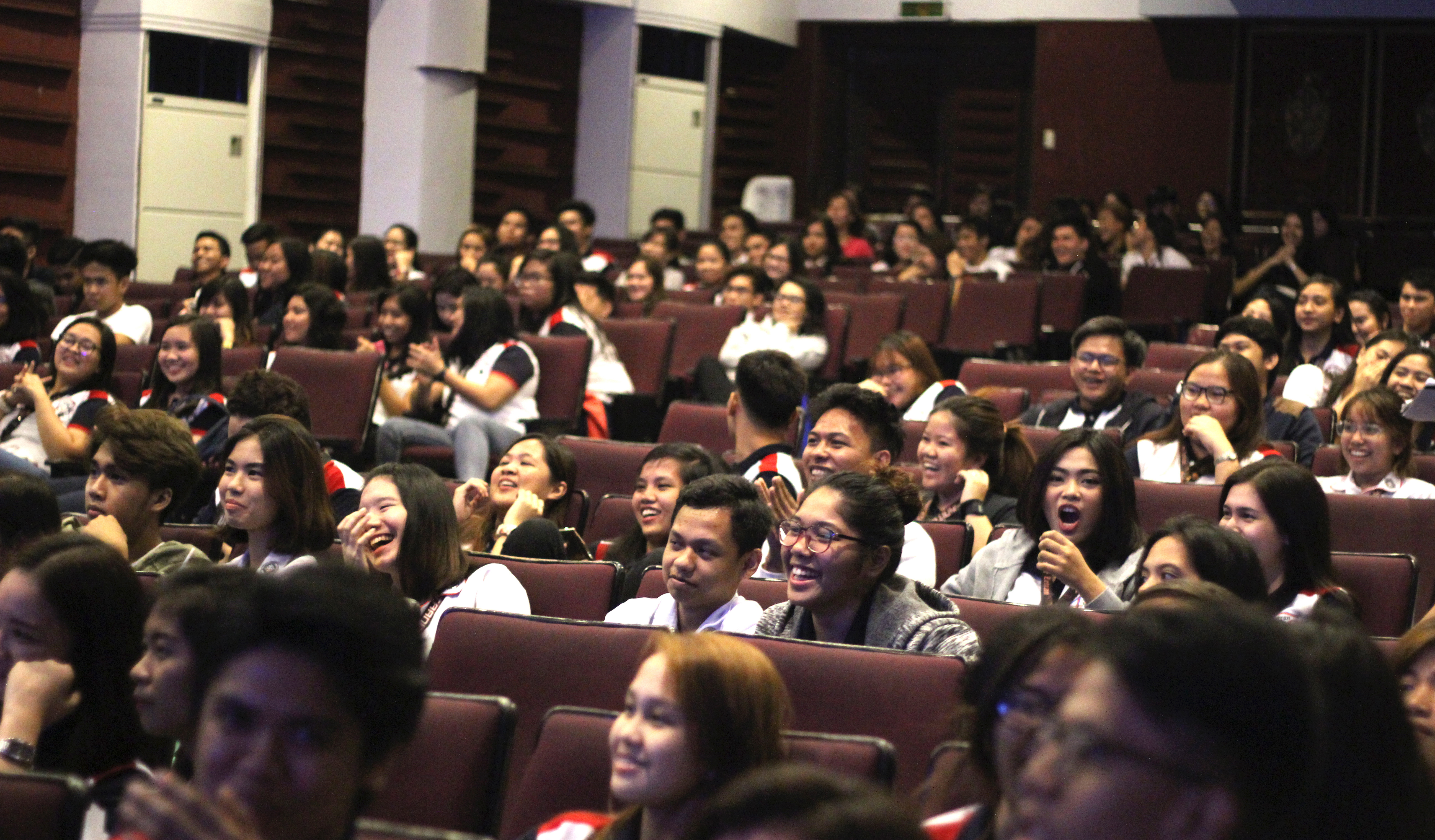 Recently, the College of Business Administration and Accountancy (CBAA) and College of Liberal Arts and Sciences (CLAS) of the Colegio had their own separate student assembly for the students to get acquainted with the people in their department.

The Office of Student Welfare and Development (OSWD) was also present in both student conventions. Student Welfare Coordinator Ms. Jillian Garcia discussed about Letran’s current and newly-imposed policies so that the students may be reminded of the rules they should follow as students of the Colegio.

STANDING TOGETHER
The coming of the K-12 program did not stop the large number of CBAA students, reason for their student congress to be held at the Blessed Varona Gymnasium.

To start the event, CBAA’s new Dean, Asst. Prof. Kenji Asano introduced the faculty members of the department. He also announced that the application for the Student Development Program (SDP), a program for students who want to excel more in their academic endeavors, is already available on July 17.

To keep the ball rolling, all the Recognized Student Organizations (RSO) presented their groups’ goals and objectives to encourage their members to participate so they may together be fruitful this academic year.

During his speech, Asano mentioned that he would like the students of CBAA to be the role models of Christian life, and be professionally and globally competitive as they present Letran with much honor after they have graduated.

Motivated and moved by Asano’s speech, the students left the two-hour program with hopes of bringing pride to the Letran community.

CHALLENGING POSSIBILITES
A lot of noise coming from excitement of CLAS students can be heard as soon as you step into the doors of the SC Auditorium last July 15. The program started off with various reminders from the Colegio’s employees.

Nico Aquino, known for his numerous exposures local and abroad, gave his speech in front of CLAS’ seven programs. “Una gusto kong magpasalamat kay Dean Darwin Rungduin for giving me the chance to share my experience as a student and as leader,” Aquino started.

In Aquino’s speech, he highlighted several points to students. “To everyone who is there, you know who you are, you know yourself all you need to do is to use that, be yourself, be who you are and gamitin mo ‘yung strength, but gamitin mo din ‘yung weakness mo to gain more experience,” said Aquino.
Aquino hopes that the students may continue to find their purpose, value themselves and be able to stay grounded and humble. Before his speech ended, Seth Simon Liu, a Letranite who is now on the limelight for impersonating various Filipino celebrities, joined Aquino on stage as they fill the auditorium with motivating messages and laughter.

The said congress ended with each program attending their own general assembly afterwards.