Get to know the new VP for Religious Affairs 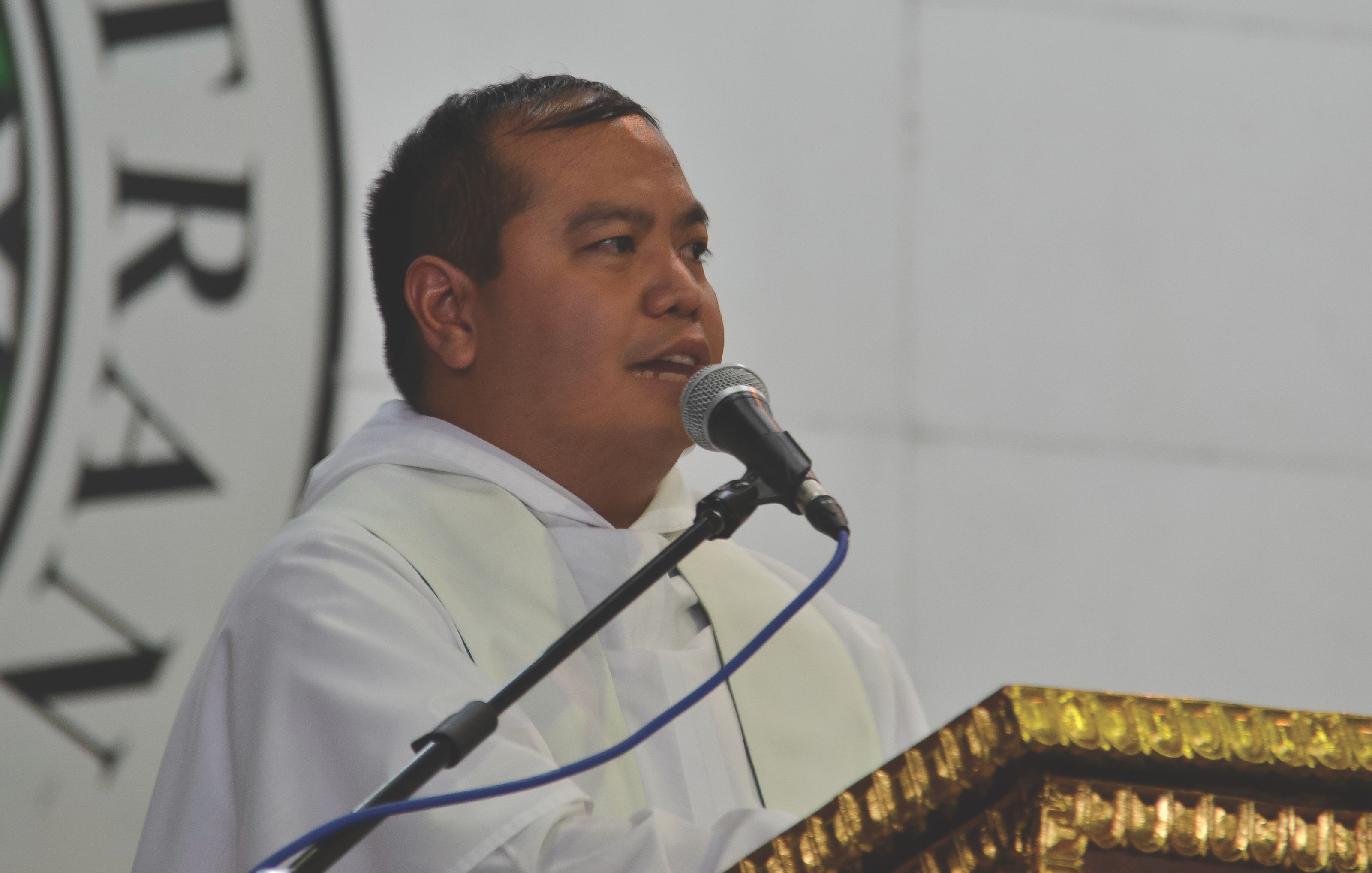 As we move forward to another academic year, we’re welcomed with a new Vice President for Religious Affairs— the soft-spoken 35-year- old priest from the province of Capiz, Iloilo, Rev. Fr. John Stephen Besa O.P.

A person with a joyful personality raised by a religious family, Fr. Besa talks about his journey to the priesthood and to life.

AS A SON AND AS A STUDENT

Growing up in a big family with five other siblings, Fr. Besa shared how he was raised to be a responsible individual who knows how to do household chores such as; washing dishes and cleaning the house.

As the fifth child of the family, he regards himself as the ‘runner’ because he follows his parents’ orders like running to the store to buy some bread, fish, or vegetable. He also came from a religious family who believes that going to church every Sunday is an essential part of our spiritual aspect.

When asked about what inspired him to become a priest back then, Fr. Besa said that the inclination was already there during his childhood when he became an altar server or Knights of the Altar while he was in the fourth grade.

Also, he graduated high school from Our Lady of Fatima Academy, a Dominican school run by Molo Sisters of Iloilo City, where he started showing interest to the priesthood. At the age 16, he took the exam to enter the seminary, passed and eventually became a priest.

FROM A YOUNG SEMINARIAN TO A PRIEST

He also shared how Sto. Domingo Church in Quezon City – the place where he spent his formative years as an aspiring priest – became so familiar to him.

From studying Bachelor of Arts in Philosophy at Philippine Dominican Center of Institutional Studies for four years to taking his Master of Arts at the Institute of Preaching both in Sto. Domingo Quezon City; this place became a venue to some of his memorable years in college.

After his ordination, he was first assigned to Sto. Domingo Church for a few months then eventually transferred to Letran Calamba as an assistant to the director of a Dominican seminary for two years.

In 2016, he was as a parish priest in Camiguin Island and eventually became the director of Lyceum of Camiguin, a partner school of Letran Manila. In his arrival in the island, Fr. Besa shared about how he felt travelling from Aparri, the mainland of Luzon, to an open sea for four hours just to get to the island of Camiguin. “Hindi rin biro yung mga experiences ng mga past missionaries don. I, myself, naranasan ko nasira yung makina ng bangka sa gitna ng dagat. Kapag talagang kaharap mo ang dagat na nagwawala talagang mapapadasal ka,” he added.

Being both the parish priest and the director of the school was tough for him at first because he was young and admittedly said that he also lacks experience when it comes to leading a school but he learned to adapt and get to know the community in Camiguin more.

AS A NEW MEMBER OF THE RELIGIOUS AFFAIRS

Before he came to Colegio de San Juan de Letran-Manila, Fr. Besa was already known to some of our faculty members and administrators who often visit the island of Camiguin.

At the same time, Rev. Fr. Clarence Victor Marquez O. P., our rector and president was the Master of Students back when Fr. Besa was still in the seminary and his thesis adviser in hisMA. Coming from one of the partner schools of Letran Manila, Fr. Besa is really a Letranista by heart.

Although he is already familiar to some of our faculty members, getting to know each student of the Colegio is still one of his main goals since he assumed office last July 11, 2018. Just like what he did in Camiguin, he wants to do classroom visitations in Letran for him to get fully immersed into the community. In fact, he already started introducing himself to the elementary level and hopes to visit until the collegiate level.

Talking about his vision and plans for Letran, Fr. Besa said that he has no plans of changing the programs from the previous VPs of RA but instead he will continue and strengthen the advocacies that were already present especially when it comes to the religious aspect of the community. Nowadays, he said, physical presence is more important to the students. “Sa tingin ko yun yung naaalala ng bawat estudyante kahit grumaduate sila. Naalala nila yung pari na madalas nilang kasama, madalas nilang nakakausap”, he added.

He emphasized how important having a religious aspect in the life of a student along with academics. He believes that it is really important when you see the one assigned in religious affairs as a friend they can talk to about anything.