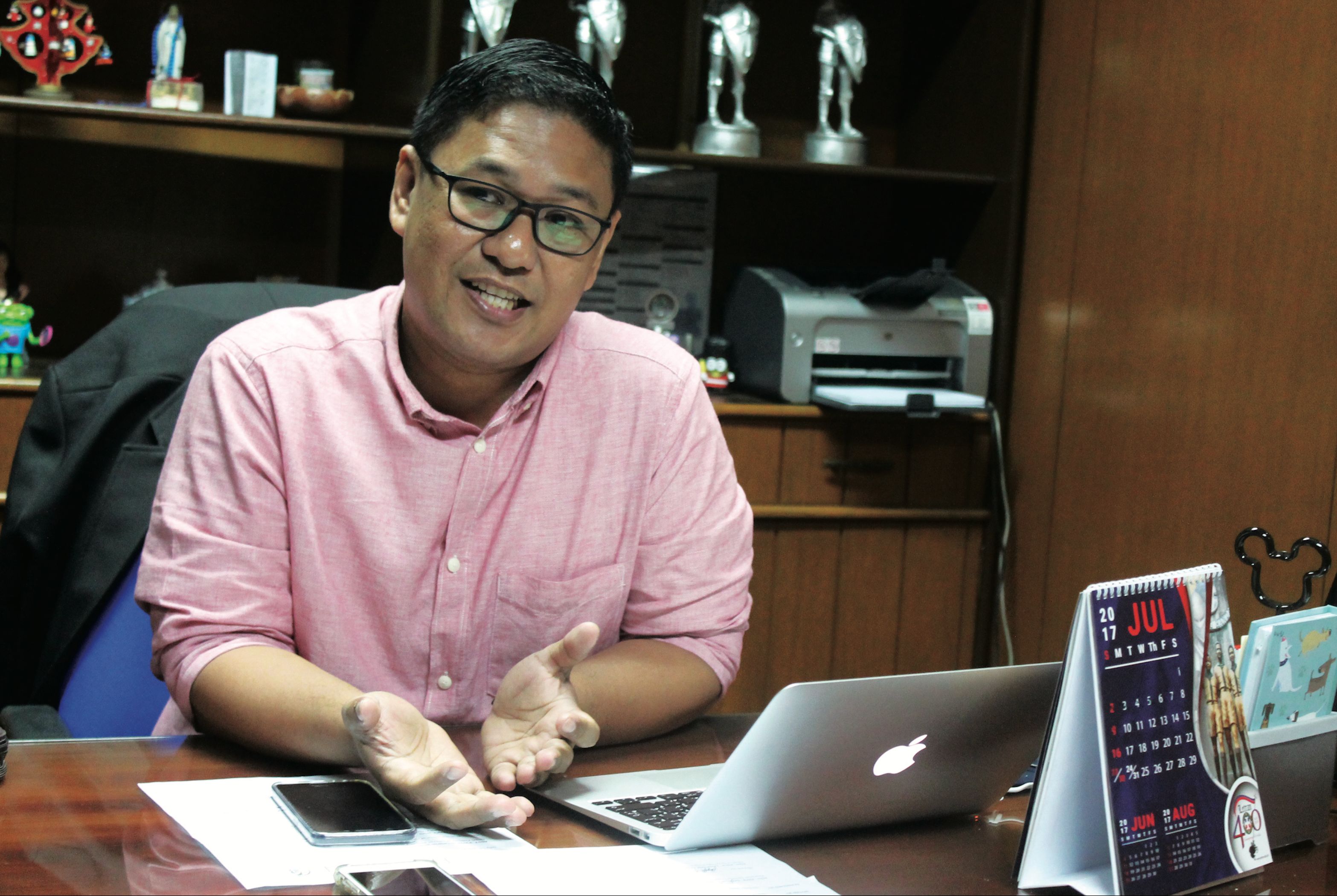 As the new academic year opened, The College of Liberal Arts and Sciences (CLAS) has taken over the Letran Media Resources and Services (LMRS) previously known as Media Center. It now operates directly under the Institute of Communication (ICOMM).

The CLAS dean Asst. Prof. Darwin Rungduin envisions the LMRS to be state of the art and
competitive in nature in four to five years.

“If not competitive, [it] needs to be a state-of-the-art. ‘Yung ganu’n. ‘Yun ‘yung mga part na we’re praying. We would like to envision. Where we want to go. Of course, we acknowledge limitations. We acknowledge the challenges,” Rungduin shared to The LANCE.

The proposal of the department is to come up with a development plan for equipment acquisition.

“What we are aiming now is to enhance also the facilities or equipment of LMRS,” Rungduin added.

The previously service-oriented department is now part of the academic arm of CLAS.

“Ibig sabihin, students from the ICOMM can have an immediate exposure to media-related activities,” Rungduin explained.

The CLAS dean further explained that: “The media resource and services can be a playground of the ICOMM students –from first year up to fourth year, in developing their skills as opposed to when it was a separate unit.”

Rungduin claimed that LMRS will provide assistance in giving more learning opportunities for the students of ICOMM.

ICOMM Asst. Chairperson Asst. Prof. Satti Ombao shared to The LANCE that there is a plan for ICOMM-LMRS to produce original content.

“Well that’s the plan for now. Let’s see how that goes.”
Aside from teaming up with LMRS, ICOMM also proposed to provide content for the different departments as well.

“We are planning to do original content for different departments to help them with their educational and instructional materials. We’ll start with that and hopefully, with promotional as well.”

On the other hand, Coordinator of Letran Media Resource and Services, Asst. Prof. Leo Miraran echoed the plan to produce original content.

The result was part of a restructuring move by the rector and president of the Colegio Fr. Clarence Victor C. Marquez, O.P.

The CLAS had requested for a direct supervision to the TV Studio. A request that the dean of CLAS expressed since most ICOMM students are the ones directly using it.

“It would be easier for the ICOMM students to stretch the learning opportunities if it will
be under CLAS or ICOMM,” Rungduin said.

Prior to absorption of Media Center, it used to be part of the Information Technology and Media Services (ITMS). As the new academic year opened, the department was divided into two, namely the Letran Information Systems Technology and Network (LISTeN) and LMRS.

ON A NEW TRACK

Rungduin assured that the direction set for LMRS would not compromise its inherent function such as; covering institutional activities which includes; Binyag Arriba, Colegio Week, among others.

“We will try to involve people in terms of putting things together in order to set direction for the LMRS without compromising yung kanilang inherent function. That’s something also that we have to get used to,” Rungduin said.

The proposal of the department is to come up with a development plan for equipment acquisition.

“The Media Center and ICOMM have always [had] a tie-up. They’re two departments that you can’t really separate. It’s good that it’s officially together.”