Destileria Limtuaco Museum: A Historic Legacy Distilled Through the Years 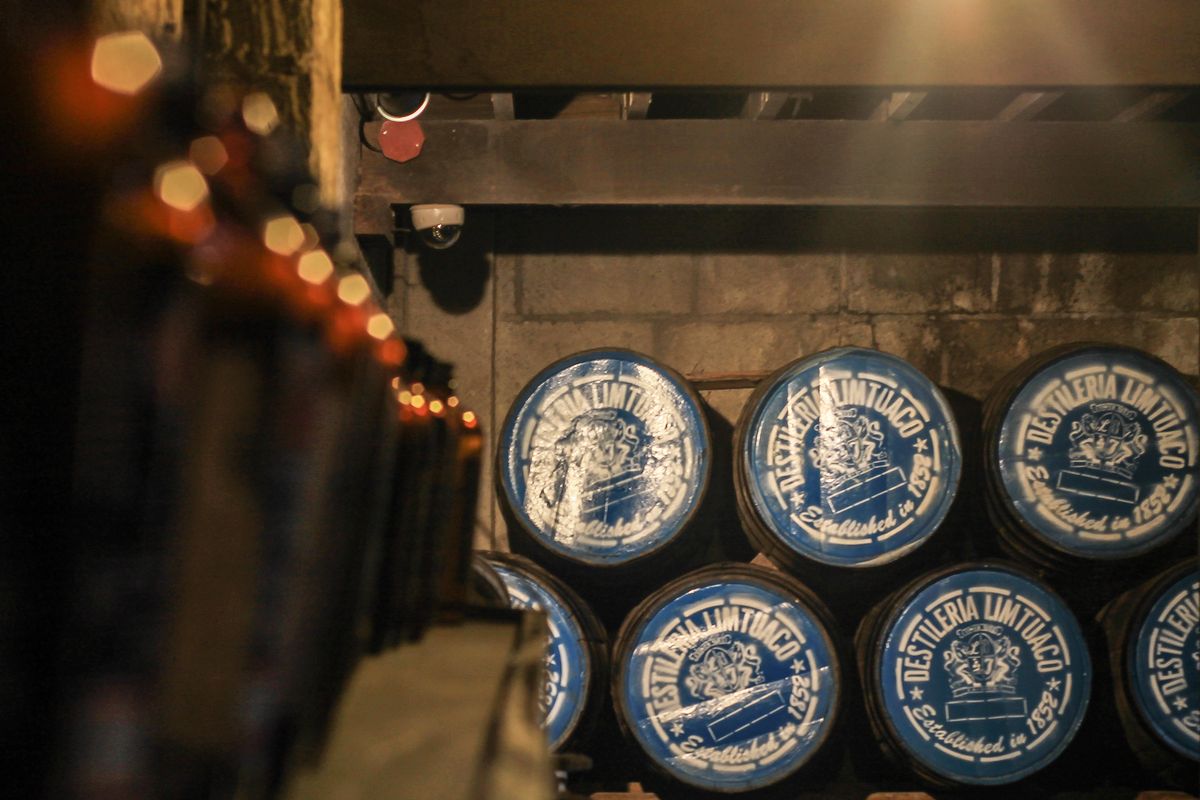 HISTORICAL. Aged liquor stored inside the oldest brewery in the Philippines located inside the walls of Intramuros. Photo by Lance Yabut.

Intramuros has always been home for cultural and historical sites that stood the test of time. Several landmarks, restaurants, and institutions are seen within its grandiose walls, including museums and galleries which are often amassed by local and foreign tourists.

Unknown to many, there is a significant spot near Letran that has been under the noses of many
throughout the years – and now finally opened its gates to the public. If you have an eye for antiquity, especially of liquors, sure you’ll find Destileria Limtuaco Museum, located at San Juan de Letran Street, a haven for your liking.

Inside its stone structure are various alcoholic beverages from the classic ‘sioktong’ to the renowned ‘White Castle’ whisky, branded for its red bikini advertisement. To be immersed of its history, you have to pay an entrance fee of Php100 (adult), or Php50 (student/senior citizen) which can also be upgraded to Php200 (adults only) for an extra liquor-tasting experience. Included in its charges is an exclusive tour within the two-story infrastructure, beginning with
the ancestral methods of distillery inching towards the rise of modern-age innovation of technology.

The exhibit also displays the processes of producing rum from sugar cane and whisky from yellow corn, which are made from 100 percent local raw materials. Aside from those, the distillery museum also features the owners’ timeless family legacy with their enormous
portraits hanging on its walls.

The oldest distillery established in the Philippines is on its 166th year, drawing out five generations of owners and a well-endowed history, which are showcased in its extensive
collection of vintage items, from dated typewriters and cameras to allusive paintings and photographs, all located at the second floor of the museum.

Newspaper and magazine clippings of their accomplishments and past controversies are also framed; so visitors may be able to glimpse and ponder upon the idea that Destileria Limtuaco – a seemingly successful company, carved its way in the liquor industry from its great and terrible
upbringing.

Aside from those attractions, there is one that is mainly interactive for adults – the mini bar, known to be as the liquor-tasting part of the tour. The bar serves a generous amount
of the infamous ‘Julius James’ to the alcohol popularized by the red bikini, ‘White Castle’ whisky. Lastly, a visit to the aged distillery would not be complete without buying a souvenir from its gift shop, offering an array of well-crafted shirts, abubots, and of course, the specialty liquors, like
the sioc hok tong, that can only be
purchased from there.

Indeed, the Destileria Limtuaco museum is not just simply a ‘liquor museum;’ it also serves as a
metaphor for the living heritage of Filipinos, as of its fine liquors that aged well through the years that have passed. Time to remove the cap, and take a sip of the perpetual course of history fermented and bottled within the stonework structure. Truly, it is an experience
worth preserving for.