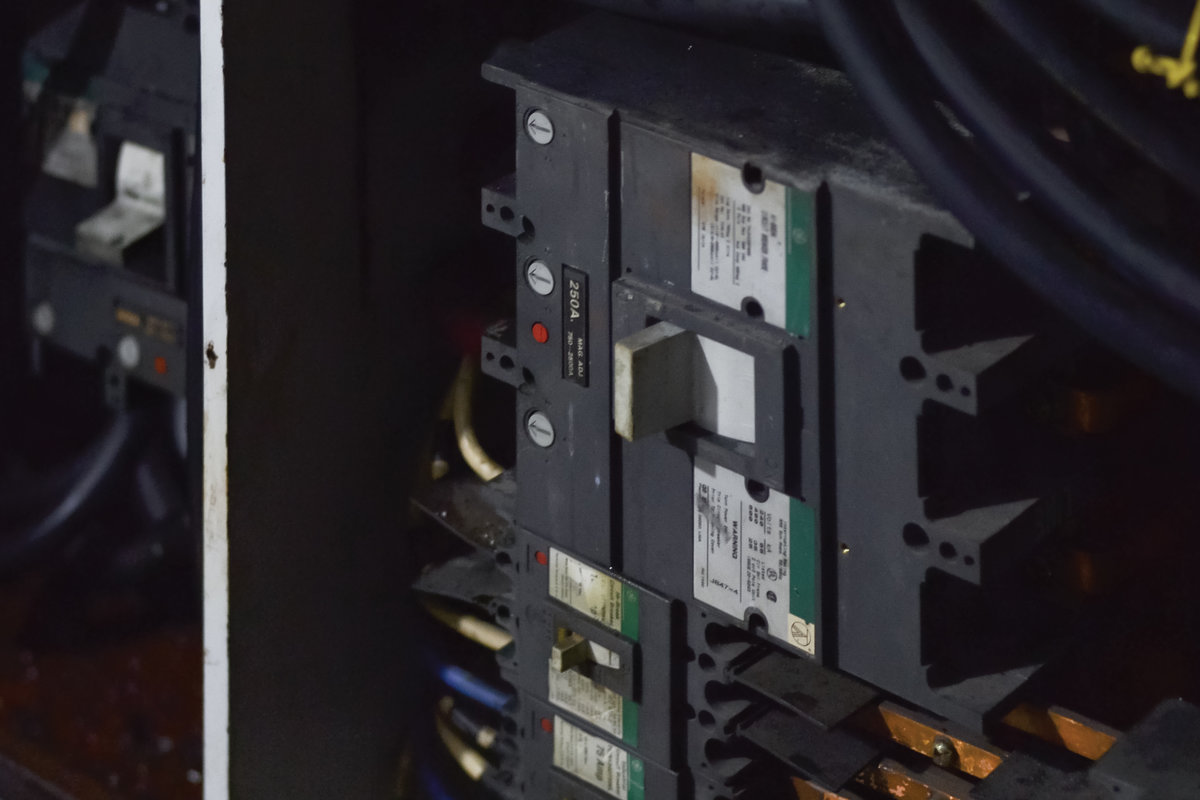 Aside from the endless drilling and hammering of walls and ceilings of the different facilities inside the Colegio, Letranites were also welcomed by power outages from four buildings, as the classes resume last July 16.

The Colegio's vice president for the Financia Affairs Fr. Lauro G. de Dios, O.P. cites the failure of the circuit breaker to cause the month-long blackout in the two buildings.

Not only did the students but also the administrators experienced the power outbreak while doing their year-end evaluation on the St. Thomas Hall.

It was actually expected that the buildings will be up and running at the start of the school year, but before the college finally opened, the circuit breaker broke again due to the incessant raining on the earlier weeks of July.

For months, the St. Thomas Building and the SC Building have been one of those that were affected by the failed circuit breaker that resulted the disruption of operations not only by the general students of the Colegio, but also the offices extending different services to the students.

The LANCE’s editor-in-chief Teejay Obsequio shared an incident regarding their problem with transferring offices because of the renovations: “Affected yung over-all operations ng The LANCE dahil matagal ang pag transfer namin sa temporary office because the [the] EBG did not immediately transfer us nung incident.”

The students from the college department also stressed out that events and classes were moved because of the power outages.

Fr. Lauro cited the torrential rains to the explosion of the circuit breaker of the dormitory which caused white smoke and smell of burning wires, on the night of July 19.

Occupants of the dormitory evacuated to the rooms located at the first floor of the St. Vincent Ferrer Building after the incident with only arm chairs to sleep to; leaving them sleepless and exhausted the next day.

The VPFA also shared to The LANCE that he personally wanted to have the electricity the next day it went out as he was not comfortable knowing that 200 students can’t sleep properly.

However, it took almost a week before a temporary electricity was provided to the dormitory to continue its operations.

Fr. Lauro: We are doing are best

However, Fr. Lauro and the rest of the administration under the projects have been doing their best despite setbacks.

“Unti-unti talaga. All we have to do is be patient. Be patient lang. Talagang we are doing our best. At the backstage. Sa front hindi niyo talaga kami nakikita pero at the backstage talagang ano narin kami eh, parang gusto na namin matapos ‘to, kasi kayo [students] yung iniintindi namin.”

Now that the buildings are fully operational again, it’s just a matter of time before college students swarm these facilities again, with schedules and offices ready.

EDITOR’S NOTE: The LANCE, in its duty to produce uncompromised news stories, has reached out to Engineering, Buildings, and Grounds directress Prof. Nancy Balasan, but she declined to have an interview. Instead, she opted out that we focus on the accomplished and on-going projects of her office.