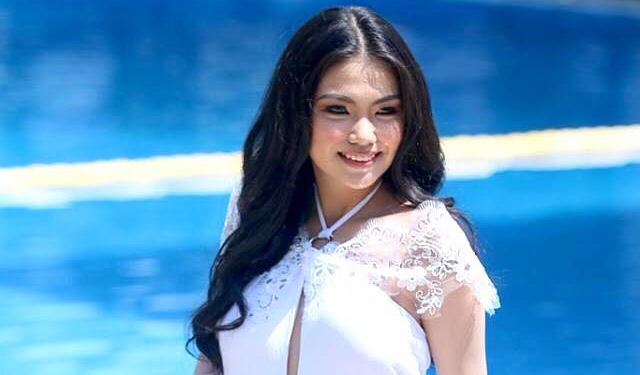 LETRAN'S PEARLS. Colegio's very own Roxanne Natividad and Isabel Alves strike a pose during the Press Presentation of Miss Manila 2017. Photos by Bong Tan and Missosology

Gracing the stage with pride and honor, Colegio’s very own Ms. Letran 2015 Roxanne Natividad, and Ms. Letran 2016 Isabel Alves competed with 28 other candidates in hopes of bringing home the crown in the recently concluded Miss Manila 2017.

According to Alves, Ms. Manila is a beauty pageant for a cause because of its partnerships with the MARE foundation known for organizing medical missions and feeding programs.

Natividad, on the other hand, shared that the said event serves as a stepping stone for women who want to get into the spotlight of bigger leagues. “They see Miss Manila as an opportunity giver for ladies who want to get their break so that they have a bigger chance of joining Binibining Pilipinas, she added.

It was a fortunate moment when Natividad was included in the top 15 finalists.

“Nagkaroon kami ng closed-door pre-pageant competition and doon na kinuha ‘yung top 15. However, they announced those who are included in the top 15 only during the coronation night,” Natividad said, sharing that she was lucky enough to be included in the list even though she is just a rookie in the industry.

“Other caniidates were engaged in various beauty camps like Aces & Queens or Kagandahang Flores and were already very experienced. For me who doesn’t have trainers or sariling sikap lang when it comes to preparing myself, sobrang laking karangalan talaga ‘yung makapasok na ako ng top 15,” she added.

Meanwhile, Alves talked about her experiences in joining the pageant. “Kasi sa Ms. Manila ‘di ko in-expect na ‘yung makakalaban ko came from national pageants na. ‘Yung iba nag Bb. Pilipinas na so parang nag-doubt ako sa sarili ko and na-intimidate ako,” she told The LANCE in an interview, giving gratitude to those who supported and believed in her as they became her motivation to finish the competition.

On the other hand, Natividad encourages women to step out of their comfort zones.

“’Wag tayo mahihiya na mag-try ng mga bagong bagay. If you want to do something, just go for it and always believe in yourself kasi when you believe in yourself and in your talent then other people would believe in you as well. And eventually makukuha mo rin ‘yung goal mo. Sabi nga nila panahon-panahon lang yan. Kung turn mo, turn mo talaga yan,” ended Natividad.

Maria Gail Tobes, a former contestant of the Binibining Pilipinas pageant, was named Miss Manila 2017 during the competition last June 24.