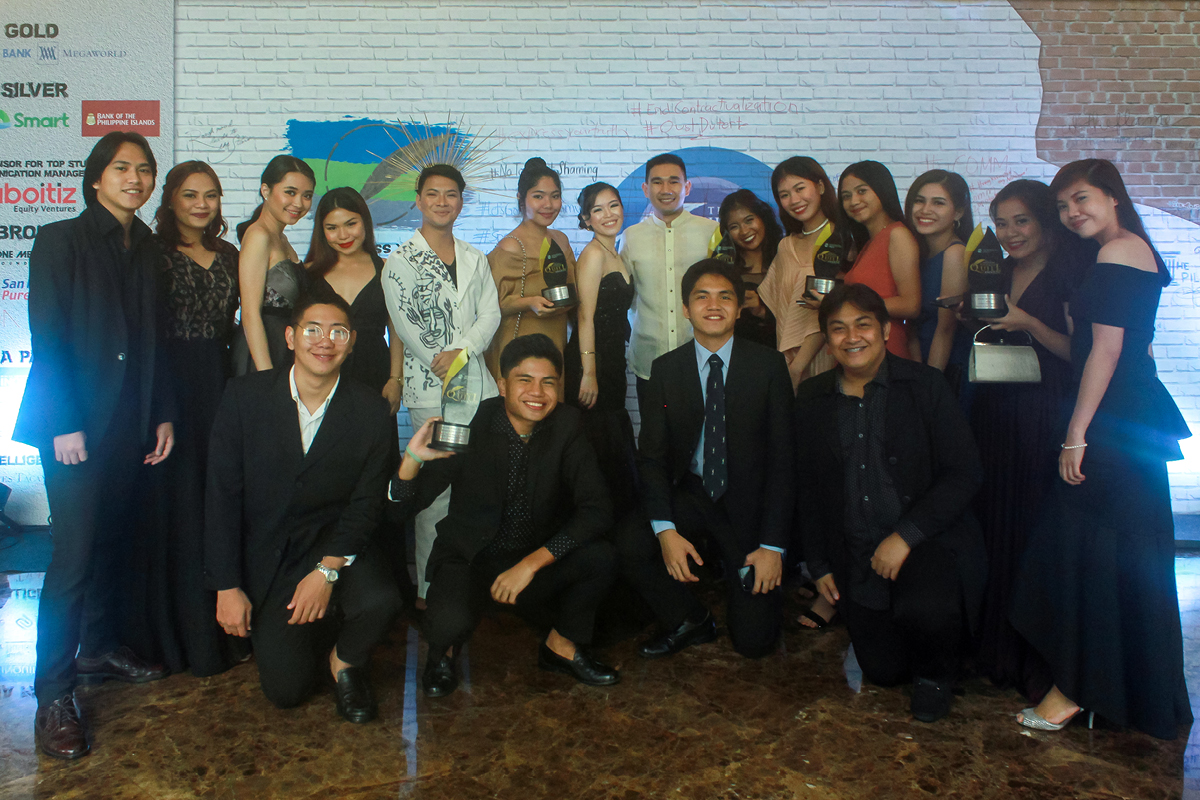 Students of the Institute of Communication (ICOMM), for years, have been widely recognized for their quality and values-oriented productions despite it only being outputs for their academic requirements.

This time around is no different. Additions to the shelves-worth of trophies in the ICOMM office were made as students once again brought home the bacon from the 6th Philippine Student Quill Awards for their Radio Documentary entries.

With a total of five awards from different groups who produced radio documentaries, both Broadcasting and Communication students are the recipients of the abovementioned awards.

Among the groups with ‘Award of Excellence’ are ‘FAM Radio’ – the only group from Broadcasting – for their entry “UBER sa Traffic, GRABe sa Hassle” focused on the mentioned car-booking applications and the daily struggles of a Filipino commuter; Koloradyo for their entry “Sipol” that tackles the experiences of people when being catcalled.

Meanwhile, Broadcasting major Antonette Guiao from ‘FAM Radio’ explained how their radio documentary wants to shed light on the issue regarding the country’s public transportation situation and how important and helpful the car – booking applications Grab and Uber have been to the daily commuters.

She also mentioned how they were grateful for winning. “To be honest, in millennial terms, we were and still are ‘shookt,’” Guiao jokingly said.

“Winning this award is definitely one of the most unexpected thing to ever happen to my group. Right now, we still can't believe it. All we know for sure is that we're more than proud because we finally have a major contribution to [the Colegio].”

Communication major Angelica Cosme of ‘Roboman’ also talked about how their group wanted to tackle one of the effects of smoking that is unpopularly known as Laryngeal Cancer.

“This is about a man named Engr. Emer Rojas who fought throat cancer and survived, then founded New Vois Association of the Philippines (NVAP), an organization for people with the same condition. He used his experiences to help those who are also in need of aid in terms of cancer and tobacco control,” Cosme narrated.

Communication major Dawn Carreon of ‘Mega Radio 99.9’ talked about how they had a hard time in interviewing Zapoteños because none of them had an idea about the history of the bridge. “This fact changed some parts of our documentary but it also gave us the opportunity to create a stronger message not just for them but also for the other listeners,” she stated.

Communication major Lie Clemente of ‘Bengga Radyo’ described her group as the most chaotic.

“There were so many issues between the members but in the end, we still managed to get it all together. We talked things through and decided to disregard all our differences to finish our radio documentary.”

Despite all the problems they’ve encountered, all of the groups were ecstatic to have won the awards.

All groups give recognition to their professors especially to Inst. Leeroy Lim and Ms. Arbie Belmonte. They also give thanks to their interviewees and to everyone who cooperated in making their radio documentaries.

The 6th Philippine Quill Awards was held on July 9, at the Grand Ballroom, Manila Marriott Hotel in Pasay City.