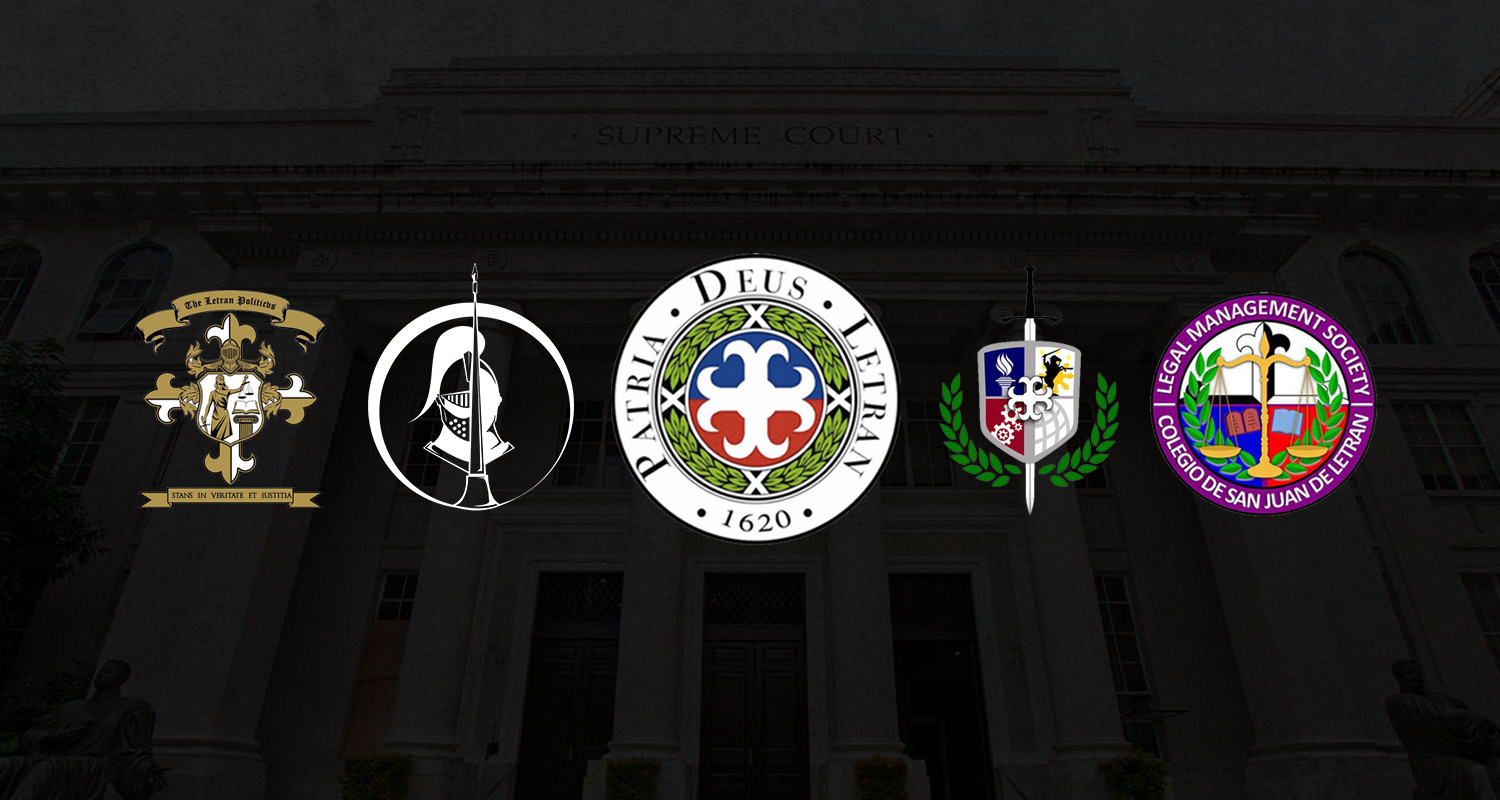 Fr. Marquez, in his open letter, strongly opposed the decision. At the same time, he lauded the Letran students for exercising their right to freedom of speech as select recognized student organizations (RSOs) have instantly released their adamant opposition to the SC decision.

The statement was issued after some have been asking what the Colegio’s position is on the issue.

He also clearly outlined the stand of Letran in recent social issues of the country. Letran stands to fight for justice, uphold the Constitution, respect human rights, subscribe to the proper rule of law, attain peace, respect others despite conflict, defend our democracy, let the truth prevail, and fight for what is right.

RSOs such as the Letran Politicvs, Letran Legal Management Society, the Letran Student Council, and The LANCE have also released their own statements regarding the verdict of the Supreme Court. Fr. Marquez mentioned that he respects the views and stance of the students.

They were united in condemning the decision and encouraging their fellow students to strongly “fight for the rule of law” and “defend the democracy.”

Fr. Marquez mentioned that Letran, as their Alma Mater, listens to what their students believe and fight for, that Letran’s statement reflects what the students decry.