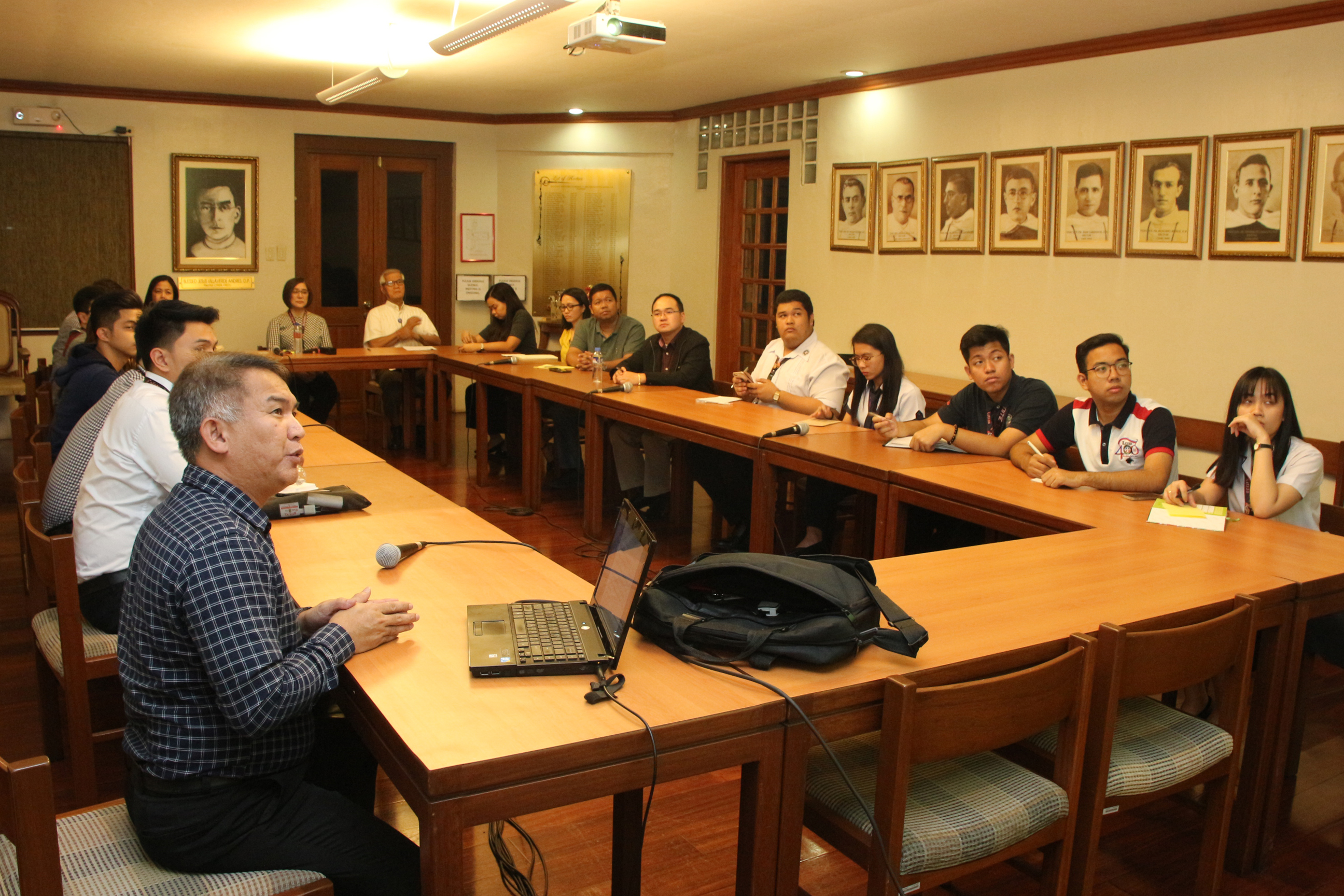 As the on-going issue regarding Letran’s tuition fee hike next year baffle the minds of many people, the Colegio’s administration called a meeting together with several student representatives, and parents to finally address how the fees for Academic Year 2018-2019 will work next semester.

Financial Affairs Division Comptroller, Mr. Ariel Delas Alas started off by saying that Letran experienced a healthy cash flow for the past academic years. “From the past few years, Letran has experienced positive cash flow, however this school year we are actually operating on a budget deficit,” he explained.

According to Delas Alas, another factor as to why the administration asks for an adjustment is because of the Colegio’s Mission and Vision.

The Colegio’s Mission and Vision sets on an overarching objective, which is to raise the quality in standards of all the facets of learning process. Some of the aspects mentioned are improvements and maintenance in facilities, human resources, instructions, and research.

Delas Alas also revealed that in order to achieve the Colegio’s overarching objective, the Colegio has to be competitive in terms of its salaries to maintain and improve its quality personnel.

On the proposed tuition fee increase

The proposed tuition fee increase as presented by Delas Alas is based on the projected total enrolment of 5166 students for the Academic Year 2018-2019. The expected number of enrollment for the first semester is 2455, for the second semester is 2400, and as for the summer only 311 since starting next year, only first year students, fourth years students, and in some programs, fifth year students will enroll.

With these projections the Administration hopes to achieve from all the departments are:

*Discounts Increments are those amounts that will be set for enrolled students from their Assessment given through their tuition.

The Net Increment Php9.6 million is the basis for the allocation, as mandated by the Commission on Higher Education. “Of the 70% of the increase for the payment of salaries, wages, allowances and other benefits of teaching and non-teaching personnel; 20% for the improvement and/or acquisition of facilities, or modernization of buildings, equipment, libraries, laboratories and other similar facilities and the payment of other costs of operation; and 10% for the return on investment,” he said. “Although for Letran,” Delas Alas clarified, “the return of investment usually goes back to the school as part of expansions.”

Php6.7 million or 70% of the distribution will be for salaries and wages of the academic, nonteaching personnel, and the administration.

Due to the increase in salary and wages other benefits will also increase, for instance the 13 month pay, retirement contribution, seniority merit, sick leave conversion, and PhilHealth.

Cabral: No institution is perfect

During the question and answer portion of the said meeting, Vice President of Academic Affairs Mrs. Christina Cabral addresses the issue of underperforming teaching personnel.

Asked on how they would maintain and improve the excellence of faculty members, Cabral answered, “Hihigpitan namin ‘yung ranking and promotion kasi may kaakibat siyang increase in salary.”

In terms of feedback mechanism, Mrs. Cabral encourages the students to evaluate their professors through the Automated Students’ Instructional Survey (ASIS). As the previous semester’s evaluation was statistically unacceptable due to the lack of responses from the student population.

“No institution is perfect,” Cabral stated, explaining that there is no institution with only excellent professors. In order to assure that students are given the quality of service, despite of some disapproval from the faculty members, Cabral said, “Ito ang masasabi ko as Academic Affairs. We will raise the awareness of efforts and standards of Letran – Manila as a reputable school of quality education. And I’d like to believe since we crafted that mission and vision summer of 2017, we are moving towards increasing the awareness, efforts, and standards.”

The ASIS faculty evaluation form is the basis for the merit incentive given to top-performing faculty members at the end of every school year. Faculty members will receive an incentive when their rating is averaged at Very Satisfactory. The faculty evaluation is an important part of the feedback mechanism available to students where they can objectively assess the teaching personnel.