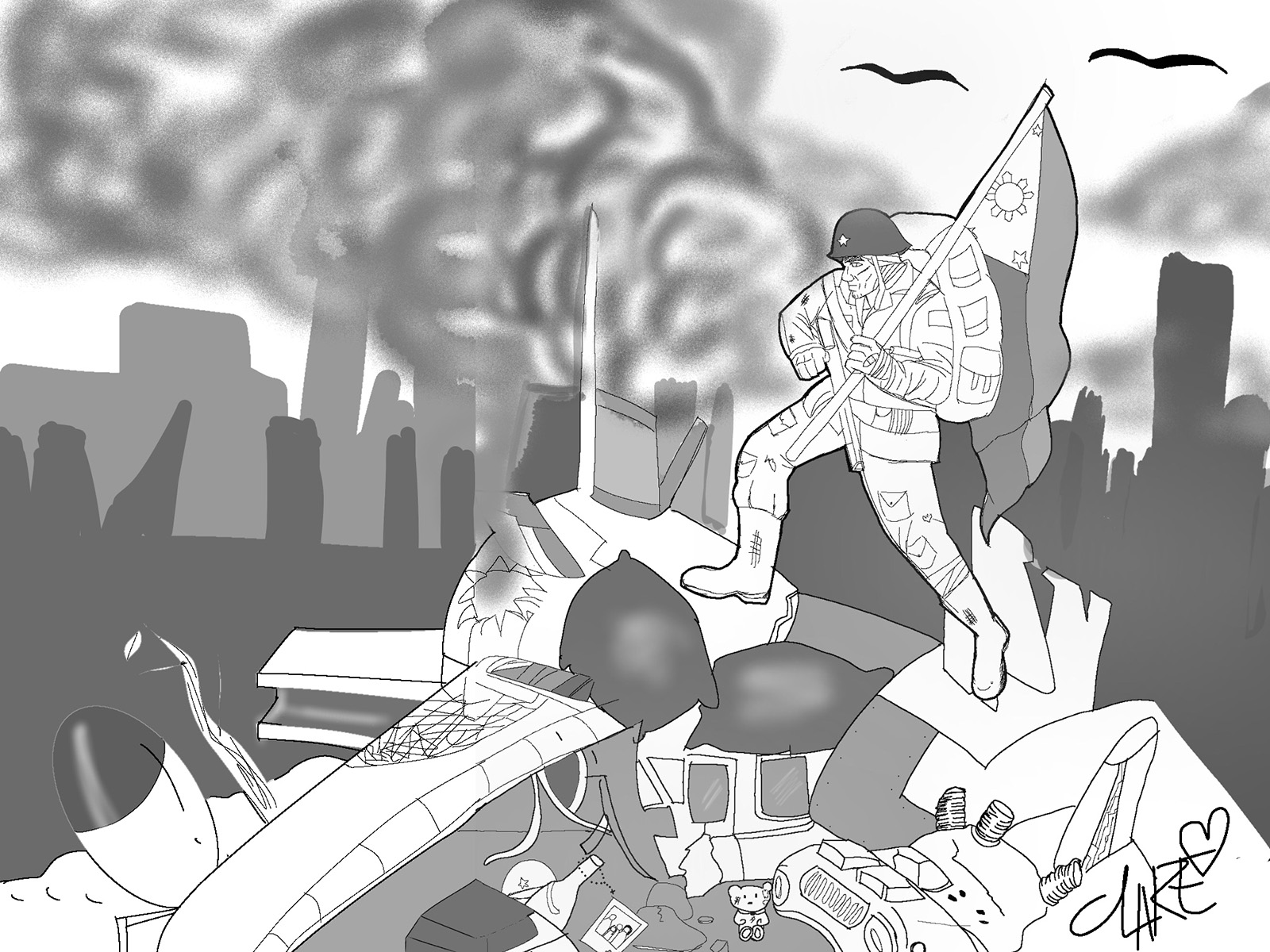 Weeks have already passed. The country has lost countless numbers of brave soldiers and innocent civilians already. Social media sites are now polluted by unhealthy arguments and unsubstantial reasoning. Yet, the Battle of Marawi, provided with "logistics and intelligence" of the United States, unfortunately, is still ongoing.

The prosperous history of the Philippines taught us that the Filipino people – when united – can withstand any suppressing power and brawl with agony for the sake of independence. Today our own brothers wipe out the footprints of our heroes for their gushing anger towards the government. After 119 years of being free, we now face an obstacle much worse than colonization: a deadly battle on our own soil.

It is not new to us that each day, the Maute group, inspired by the Islamic State of Iraq and Syria, fights for what they believe is absolute independence. The budding power of these terrorists over the people in Marawi brought forth inevitable death to innocent people.

This is not what independence meant to our predecessors, this is not anything but mere selfishness. Lives of Filipino soldiers and innocent civilians perished over greed.

The seemingly endless fight in Marawi has been going on for a month and, according to an official count, it took the lives of nearly 350 people. Brigadier-General Restituto Padilla, Jr., assured people that the country's security forces are aiming to put an end to the Marawi siege by the end of Ramadan.

We, at The LANCE, denounce all forms of violence that have been committed by these infamous terrorists who continue to threaten the right to life and liberty of the people of Marawi.

Innocent people experiencing displacement to flee from terror and brave soldiers fighting for freedom only to be tortured afterwards – these acts of the Maute group are severely unforgivable.

President Rodrigo Duterte was swift enough to put the entire Mindanao in martial law. However, we, as a student publication committed to safeguarding the halls and posts of democracy, urge our government officials to stay on the right path provided by the 1987 Constitution.

We hope that our government leaders can put an end to this crisis on the condition that they will righteously exercise the state's power to protect the safety and immediate needs of the affected civilians. Hence, we also support the Philippine media as they remain truthful in their reportage even on the brink of war and danger.
As we celebrate our 119th Independence Day, The LANCE encourages Letranites to become independent from false news by veering away from unverified reports that we see on social media.

As for the soldiers who have paid their lives for our country, The LANCE honors your efforts and heroism. At a time like this, we need to unite to achieve truth, justice, and eternal freedom from those who seek to take it from us.