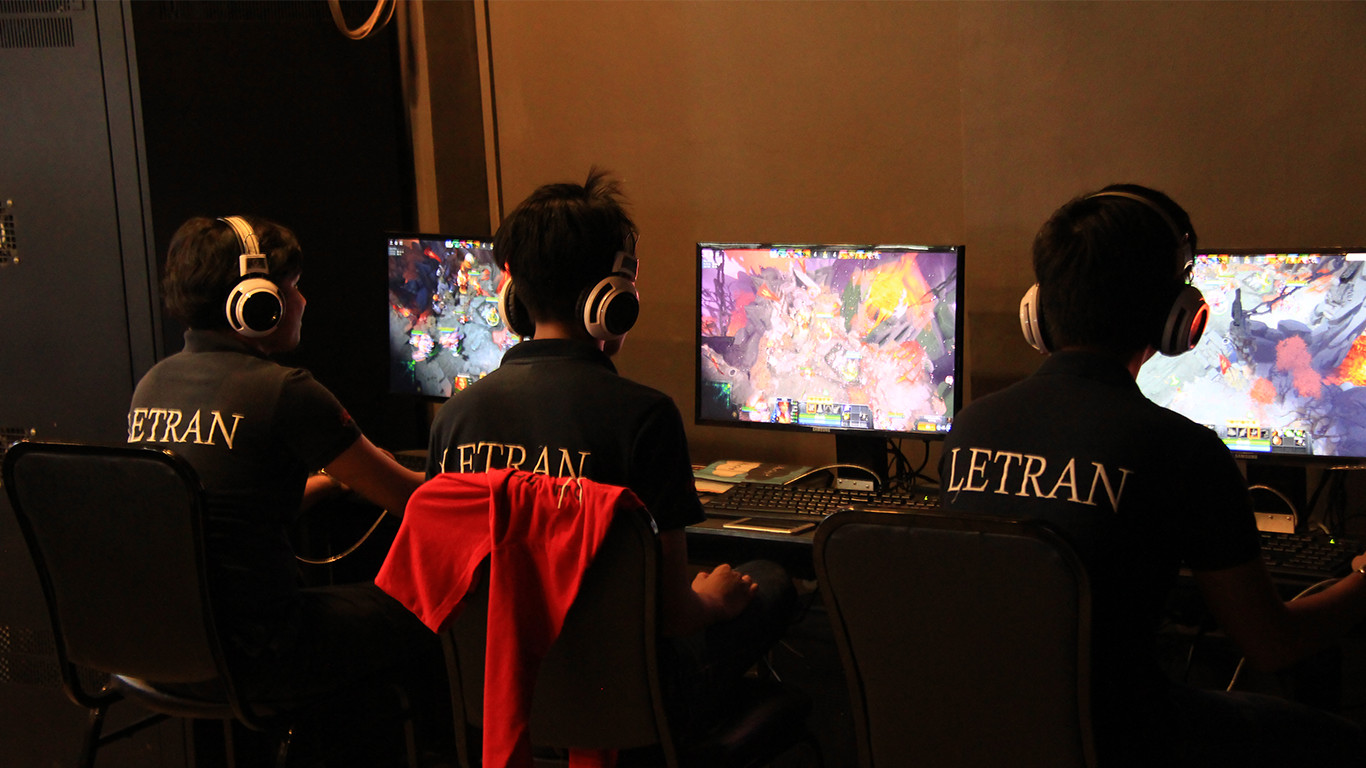 In order to recognize the hidden talents of other Letranites as they showcase their trash-talking skills outside the campus, the Office of Student Welfare and Development (OSWD), in coordination with Colegio de San Juan de Letran's Athletics Department, has recently announced their plans of including today's famous and endless computer game for the upcoming Letramurals 2018.

The OSWD and the Athletics Department are looking into the Defense of the Ancient 2, more commonly known as DOTA, as the only computer game viable to play under the E-sports category of Letramurals 2018.

In an interview, OSWD Directress Asst. Prof. Catherine D. Sanchez shared that her office caught of the idea when the Letran Student Council's president-elect Louis John Bisco promoted the E-sports as one of his political party's platforms during the campaign last February.

"I heard him [Bisco] saying that there should be an e-sports inside the school where students can use their skills in computer games. Okay lang ako doon. Talent naman 'yon 'di ba?" Sanchez asked rhetorically, stressing the need for recognition to the most outstanding DOTA players inside the Colegio. "Imagine a student na responsible thesis partner sa umaga tapos fast hands sa mid pagdating ng hapon. Doon mo makikita 'yung balancing skills nila when it comes to time management."

Asked on how will the tournament be implemented and staged, the Athletics Director said, “After countless negotiations, we are pleased to inform the Letran community that we have finalized a deal and partnership with the management of Mineski Infinity Muralla for a more organized and exciting Letramurals experience next academic year." Calvo assured that the participating Letranites will have a time of their lives playing the e-sports category.

“As for the mechanics of the game, we have followed the universal rules for DOTA,” said Calvo.

For DOTA 2, it will be a 5v5 Battle Arena game. The goal of the game is to defeat the enemy team by destroying their towers and ultimately their Ancient. The game is played using the Captains mode. Grand finals will utilize a best-of-three format.

For this game, the tournament is open to all Letranites in different Collegiate departments. Each Collegiate department shall present their best players and form a team of five. Entrants must sign their names to the list of players first. The Information Technology and Media Services will oversee the registration process at the start of the school year.

The champion of the competition will receive a Trip to Boracay for three days and two nights, together with Mineski shoutcaster Bianca Yao. While the losing teams will get Mineski merchandise such as mousepad, lanyards, ballers, and t-shirts.

The Letramurals 2018 is slated to happen in September 2018. Social media personalities Jhepoy Dizon and Junnie Boy will be the event’s hosts for the e-sports category. GG na, Letranites!