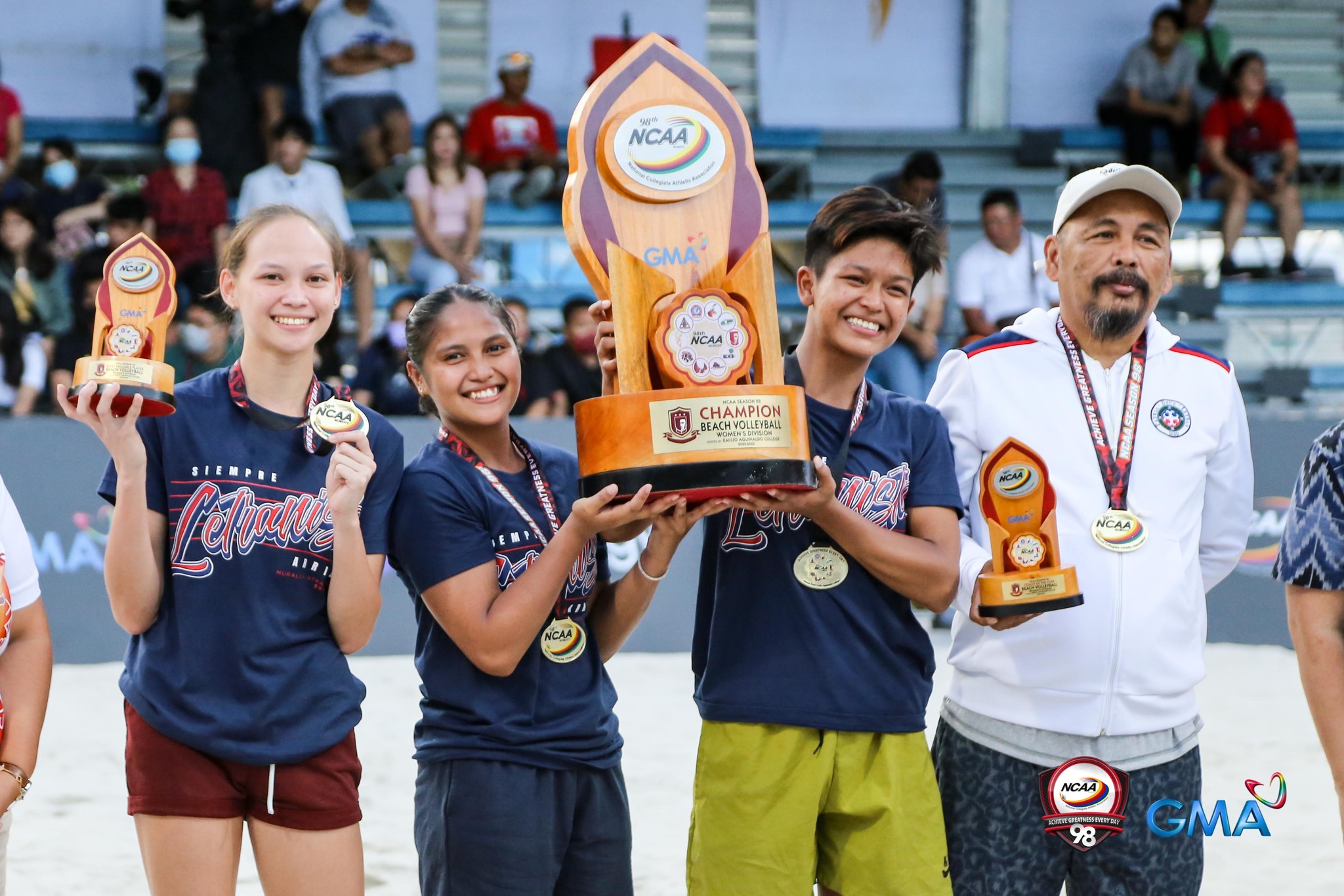 SUBIC, ZAMBALES -The Colegio de San Juan de Letran Lady Knights successfully dominated the fifth and final day of the NCAA Season 98 Beach Volleyball Tournament after defeating the EAC Lady Generals in the semis and the Perpetual Lady Altas in the finals on Saturday, January 21, 2023.

The Lady Knights had a twice-two-beat advantage coming into the semifinals as the second seed after the tournament's eliminations. But it was pure domination from the Intramuros-based squad as they defeated EAC in two sets, 21-8, 21-6.

This win paved the way for the Lady Knights to advance to the finals against the top-seeded and unbeaten Lady Altas who won their own semifinal game against San Beda.

Letran showed no signs of slowing down as they swept Perpetual, 21-17, 21-12, with graduating student Cha Cuñada's string of consecutive aces and Lara Silva's great composure during the match serving as the Lady Knights' rallying point.

Aside from getting the gold, Cha Cuñada was hailed as the tournament's MVP while Head Coach Mike Inoferio was the Coach of the Year.

Even after two crucial games in the day, the Lady Knights maintained their momentum all the way to winning the 'chip. It demonstrated the team's commitment to winning the championship in the tournament's return.