A LOOK BACK: Swords Enough to Tame a Blazing Fire 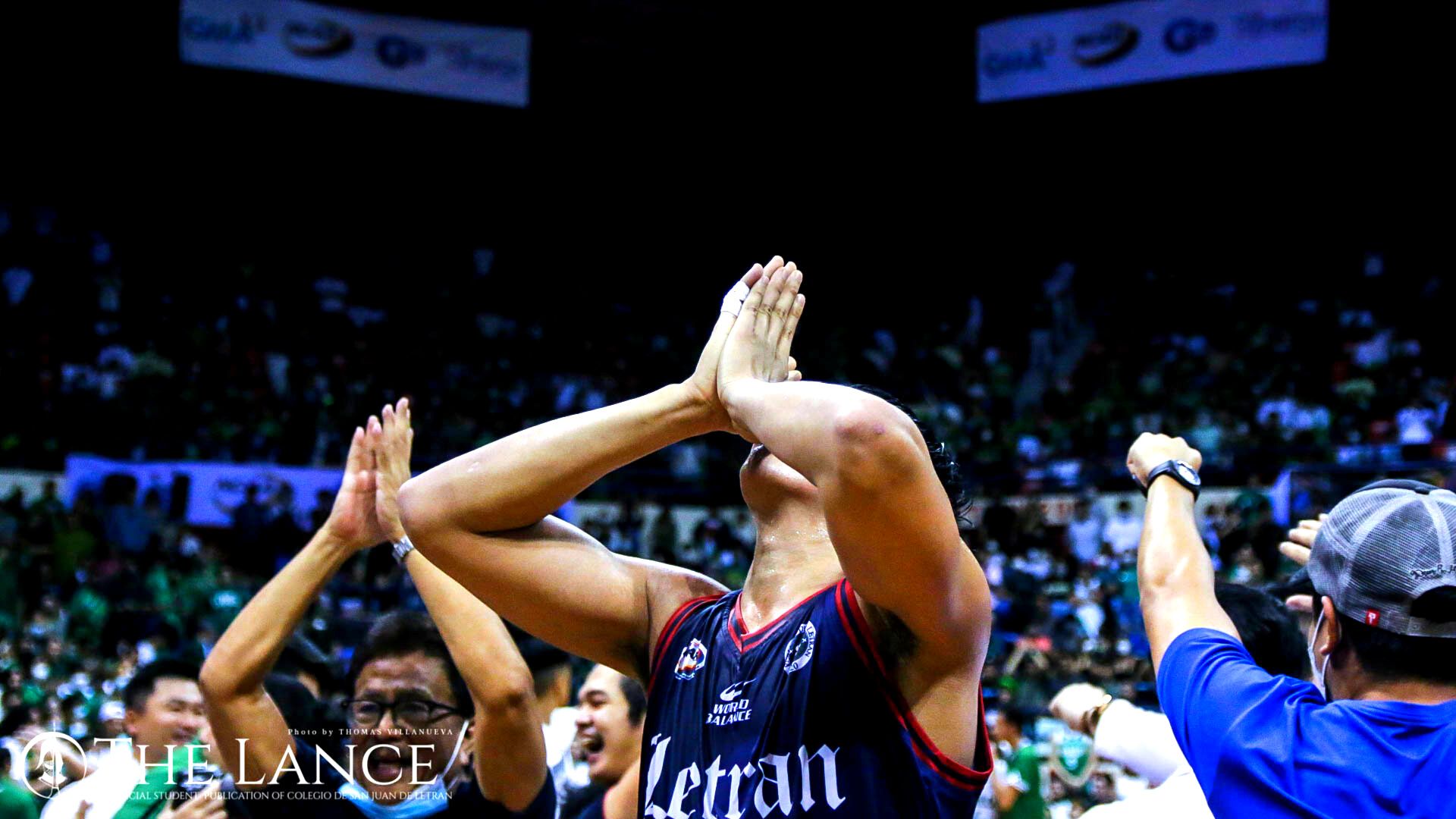 The victorious Letran Knights giving their thanks in faith as they bring home history once again to the Colegio. Photo courtesy of Thomas Villanueva of The LANCE.

After pulling off a sweep in Season 97, it was no doubt that Letran had come off as the heavy contender this season. But it is not as easy as how they perpetrated it the last time as mazes of mischief pooled the way of the Knights before they landed their hands on the championship and most importantly, the three-peat.

NCAA Season 97’s Rookie-MVP shocked every Filipino basketball fan as in an afternoon on July 28, KBL team Anyang KGC announced that they have signed Abando while Letran was playing in its preseason tournaments.

Some fans honestly expressed their downheartedness and were anxious enough about the Knights' Season 98 campaign after losing such enormous contributions that Abando brought to the team.

Knights’ Brent Paraiso and Louie Sangalang both were slapped with one-game suspensions after an “act of violence” from the former and two technical fouls from the latter during Letran’s match against Mapua. Following this is back-to-back losses to rival San Beda and the up–and–coming Lyceum.

It didn’t stop there, however, as Fran Yu, Kyle Tolentino, and Kobe Monje were also given one-game suspensions each during the Finals. Kobe and Fran were suspended in games 2 and 3 respectively, both after disqualifying fouls. Kyle was suspended in game 2 after he “occupied the landing spot” of Blazers’ Migs Oczon.

Paolo Javillonar was in an incident that involved the Blazers' Will Gozum during the first game of the Finals that became a hot topic all throughout the series. Fans of both teams spewed out their respective comments to flare up the flame.

Winning the championship in season 98 also marked the Knight’s second three-peat championship in the NCAA since 1982-1984, when Jerry Gonzales, Romeo Ang, and Samboy Lim paced the Intramuros-based team for their own three-straight ‘chips. With their 20th victory, they are now the second-winningest team in the league.

Furthermore, the ever-steady Tommy Olivario won his 4th championship in the NCAA, with titles coming from seasons 91, 95, 97, and 98. Olivario missed a couple of playing years due to his recovery from his ACL Injuries.

The Knights have also managed to become the only team that has won 2 championships in 1 calendar year with seasons 97 and 98 both being held in 2022.

Coach Bonnie cited the prayers and presence of their supporters as the things that he is most thankful for from these titles. “Nagpapasalamat ako sa kanila at sila ang sixth man namin sa loob ng court.” the three-time champion mentor uttered as a message for their supporters. He was also awarded Coach of the Year for the recently-concluded season, which was also Tan's third in a row.

The Future of the Graduating Players

Asked about the future of their respective basketball careers, Paraiso answered that he would be joining the draft for the PBA next year, alongside Finals MVP King Caralipio.  Louie Sangalang also hinted that he might go pro.

With the departure of the veterans from Muralla, Kevin Santos, Kobe Monje, and Rafael Go are expected to step up for the Knights, along with the presence of Kurt Reyson, Pao Javillonar, Kyle Tolentino, Neil Guarino, Jimly Lantaya, and Kint Ariar. Pampanga Boys Joco Bojorcelo, Steven Angeles, and Justine Bautista will also be suiting up for their 2nd season with Letran.