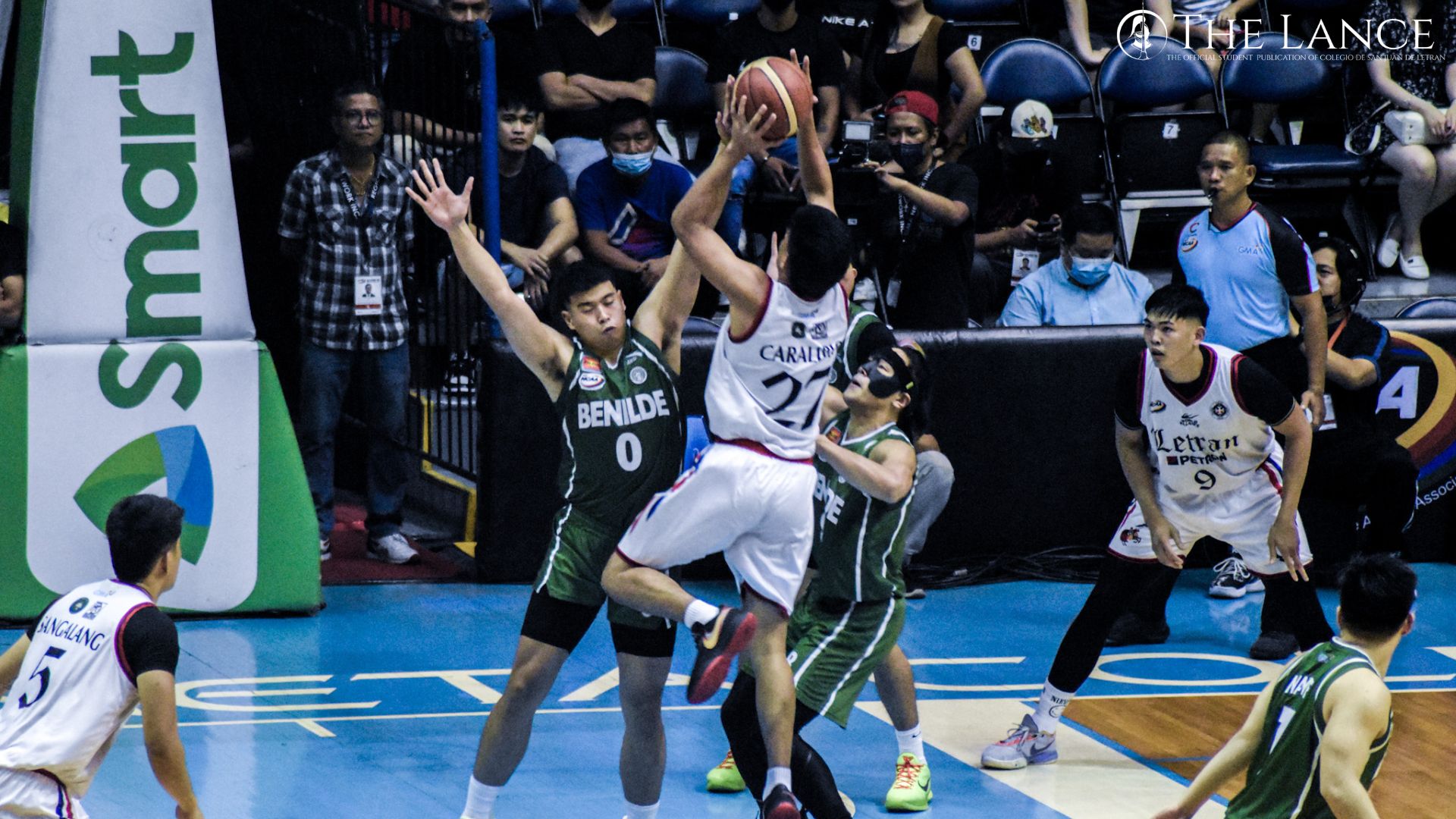 The Letran Knights in a head to head run for the championship title. Both sides has history on the line as they enter Game 3. Photo courtesy of Cara Fadrigo & Yvonne Solon of The LANCE.

The Colegio de San Juan de Letran Knights look to finally bring home the crown to Muralla in their 3 PM clash against the De La Salle - College of St. Benilde Blazers tomorrow, December 18, 2022, at the Ynares Center in Antipolo.

The three-peat-seeking Knights are more than ready to bounce back from their 71-76 loss against the Blazers last Sunday, and Mythical Team member King Caralipio is up for the challenge.

After a solid showing all season long, Caralipio, Letran’s leading rebounder, was named as one of the members of this year’s NCAA mythical five.

King grabbed 14 rebounds and scored 9 points in game 2, while also playing solid defense in the second half on recently awarded league MVP Will Gozum.

Letran is minus star guard and team captain Fran Yu, after the team’s appeal on his one-game suspension was rejected by the NCAA Management Committee. And despite the momentum shifting to the Taft-based squad, the Knights are up for the challenge.

Another plus for the Knights is the return of Kobe Monje and Kyle Tolentino who both served their one-game suspensions in game 2. Guards Brent Paraiso, Tommy Olivario, and Kurt Reyson will also be filling in the absence of Yu.

Supporting from all the way from the Colegio.

The Colegio is also welcoming all Letranites for a Watch Party to be held at the Salon de Actos for those who cannot catch the game in person in Antipolo. Gates will open at 2 PM.