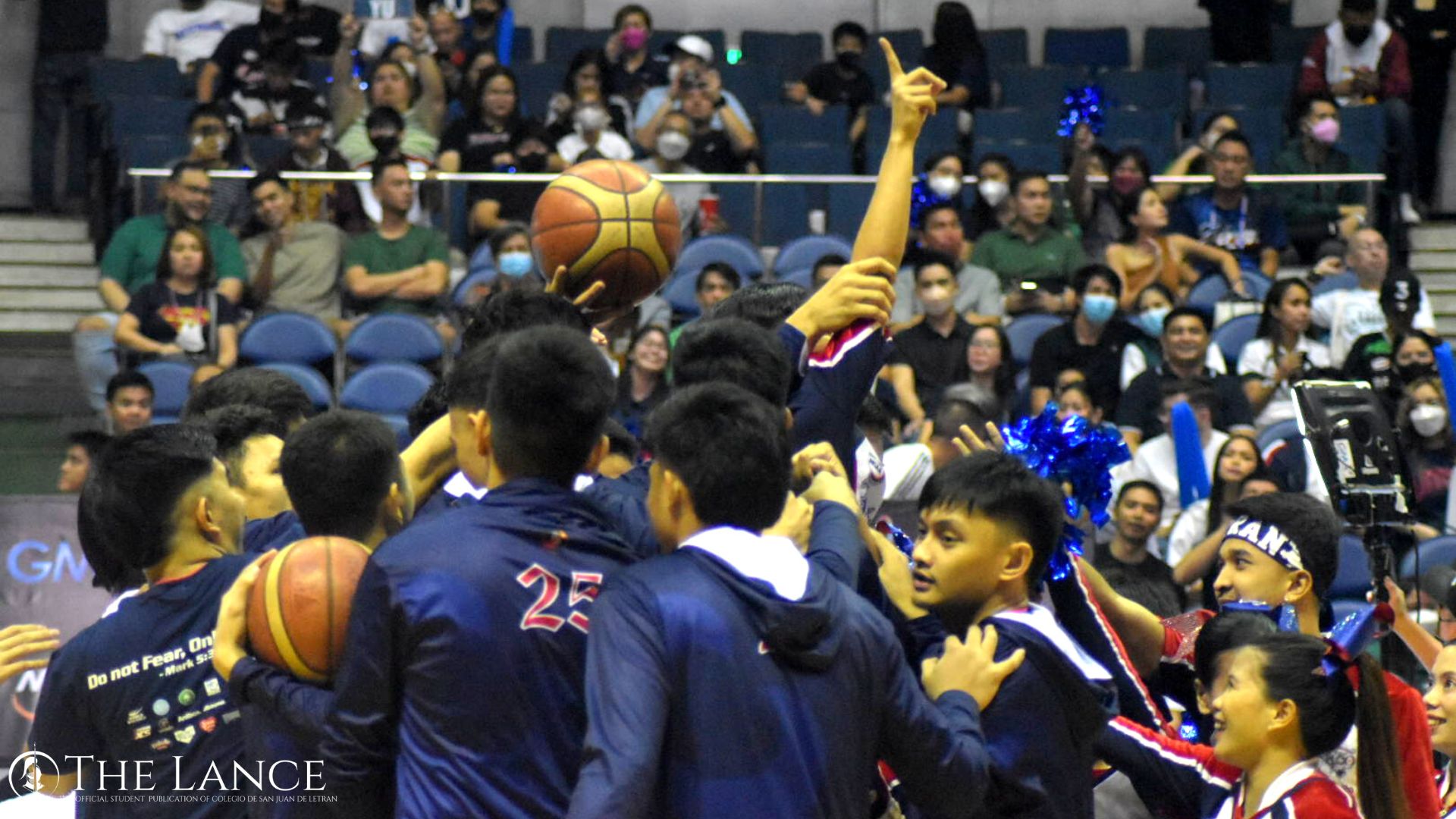 The Letran Knights huddle as they go into game 3 with confidence after its loss with the CSB Blazers in Game 2. Photo courtesy of Cara Fadrigo of The LANCE.

The Letran Knights have yet to clinch their coveted three-peat after falling to the Benilde Blazers today, 71-76, in Game 2 of the NCAA Finals at the Smart Araneta Coliseum.

The Knights entered the second half up by eleven points, 45-34, before the Benilde blazers opened the third quarter with a 12-0 run.  This season’s Most Valuable Player, Will Gozum, and Miguel Corteza spearheaded the Blazers’ charge.

Letran was trailing by five points, 59-64, coming in the fourth period. But thanks to timely baskets by Brent Paraiso and King Caralipio, the Knights found their way back.

It was a tied ball game with a minute remaining but Gozum just proved to be too hot and gave the Blazers the lead with 55 seconds to go.

It was still a one possession game before Miguel Oczon hit the go-ahead turn-around jumper with 20 ticks left on the clock.

The Knights had a solid start offensively courtesy of their reliable veterans Fran Yu and Louie Sangalang. Yu had all of his 6 total points in first period while Sangalang established his presence in the paint early on to garner 8 rebounds in the first half alone.

The crowd erupted as injured Blazer Oczon was inserted to the game by coach Charles Tiu midway through the first.

The second frame began on a barrage of scores by the Knights as they went on a 9-0 run to open the quarter.

A pivotal turn came at the 5:29 mark of the second period when Yu was given a disqualifying foul after hitting Blazer forward Mark Sanco.

The Knights and Blazers will settle things once and for all on a rubber match next Sunday, December 18 at the Ynares Sports Arena in Antipolo.