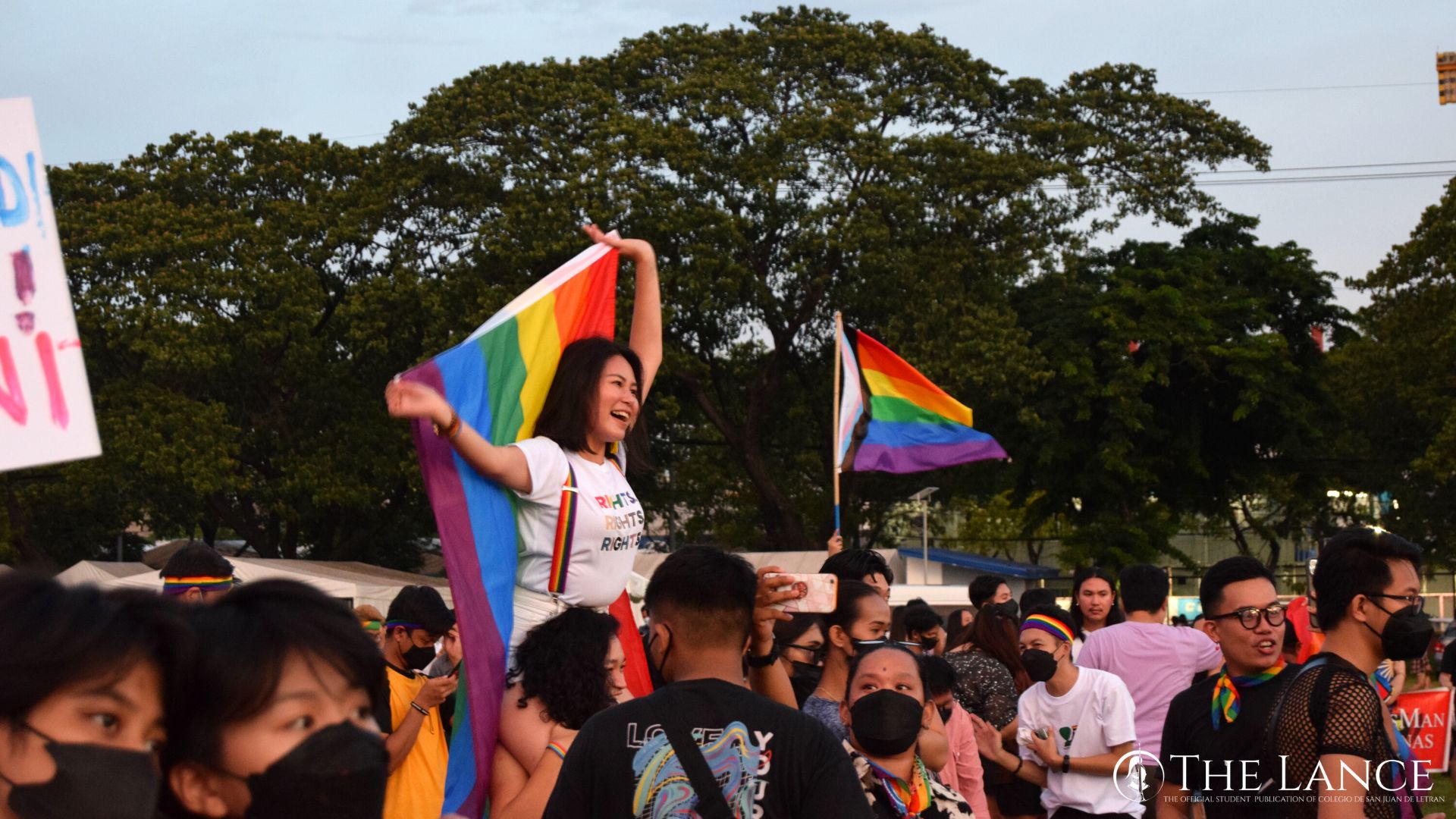 A female seen hoisting the LGBTQ++ flag in promotion of rights that support and defend individuals from discrimination. Photo courtesy of Jason Kyle Julian & Melody Jade Soriano of The LANCE.

The Makabayan Bloc filed the bill in October 2022. Through the SOGIESC Anti-Discrimination Bill, the State shall attempt to address discrimination, marginalization, and violence based on sexual orientation, gender identity, gender expression, and sex characteristics.

The bill has been proposed since the 11th Congress. In the 19th Congress, Senators Risa Hontiveros, Loren Legarda, and Mark Villar refiled versions of the bill.

Countries, such as Taiwan, Bolivia, Ecuador, Fiji, Malta, Spain, Canada, United Kingdom, and some states in the United States, have implemented laws that protect citizens regardless of their gender.