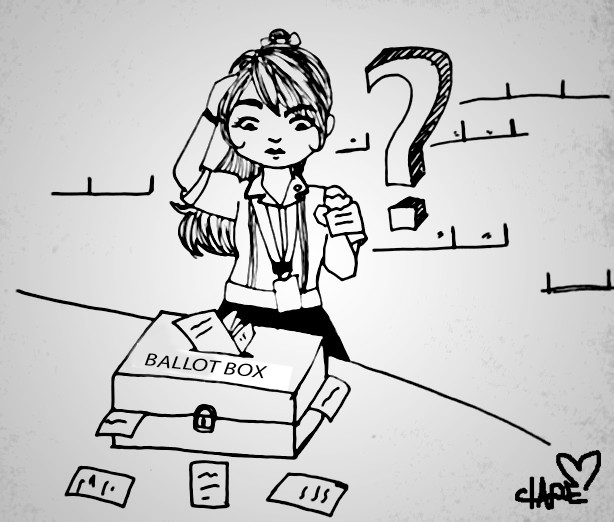 For a political party to clearly identify its principles, and gain support, it can be done through two ways. Either you start by going down to the people and listening to what is the reverent ideologies that people have and follow, or, with a core group, you establish your principles, strengthen your values, then spread it out to invite supporters. Either way, you start as a group. A collection of beliefs and ideologies.

For a student political party, to aggregate means to accumulate the sentiments of a greater number of people, representing its ideas on critical social issues, especially for issues that directly concern them like students’ rights, what they want to happen to the school and its general campus life. Student political parties use this as the foundation of their principles, which will the basis of all their plans and platforms for the students.

Once a party is already established and has identified its principles, they need to articulate on this in two ways; within and beyond the political party. The party needs to indoctrinate within the organization the basic tenets of its principles and acculturate its members into living up to its principles.

But more than articulating within the party, it is to articulate beyond the party, which is more essential. A student political party must keep itself relevant by continuously manifesting itself and the principles it is living up to, to the entire student body. It is a must that the student political party, ensures that the students they ought to serve exactly know who they are.

Unless students are aware of who the political parties are, the unending question of what student councils, and their leaders, who come from the political parties, are really working for. Yes, our foremost alumnus, Manuel L. Quezon said that loyalty to the party ends when loyalty to the country, in this case, to the students, begin. But a true student leader is shaped by the principles of the party he/she belongs to. (That is why candidates who are recruited during election period for the sole purpose of running for an office is nothing but questionable. They are there to win. Not to serve.)

Once the first two functions are settled, that’s the time political parties can actually act on their ideas. They now turn to advocate for the principles they believe in. They include these in their platforms, they insert these into the activities of the student council leaders from their parties. And they lobby for projects and policies congruent to their principles. This should come as the easiest part since; one, what they are pushing for is an aggregation of what the students want, and two, this is known to everyone. Thus, to find support when the political parties or their student leaders in the council push for projects will no longer be a problem. This is also the way on how to keep people’s loyalty to the political party.

When people know the party, understands what they are fighting for and what they want to do, then they will go out and support it.

The LANCE believes that the student political parties in Letran, just like all others, should keep up with these three basic functions. That they should represent an accumulation of interest and ideas from the students themselves, that they should know what these interests are and should clearly articulate it to the student body, and lastly, that their projects and programs are with a credible logical basis for them to advocate.