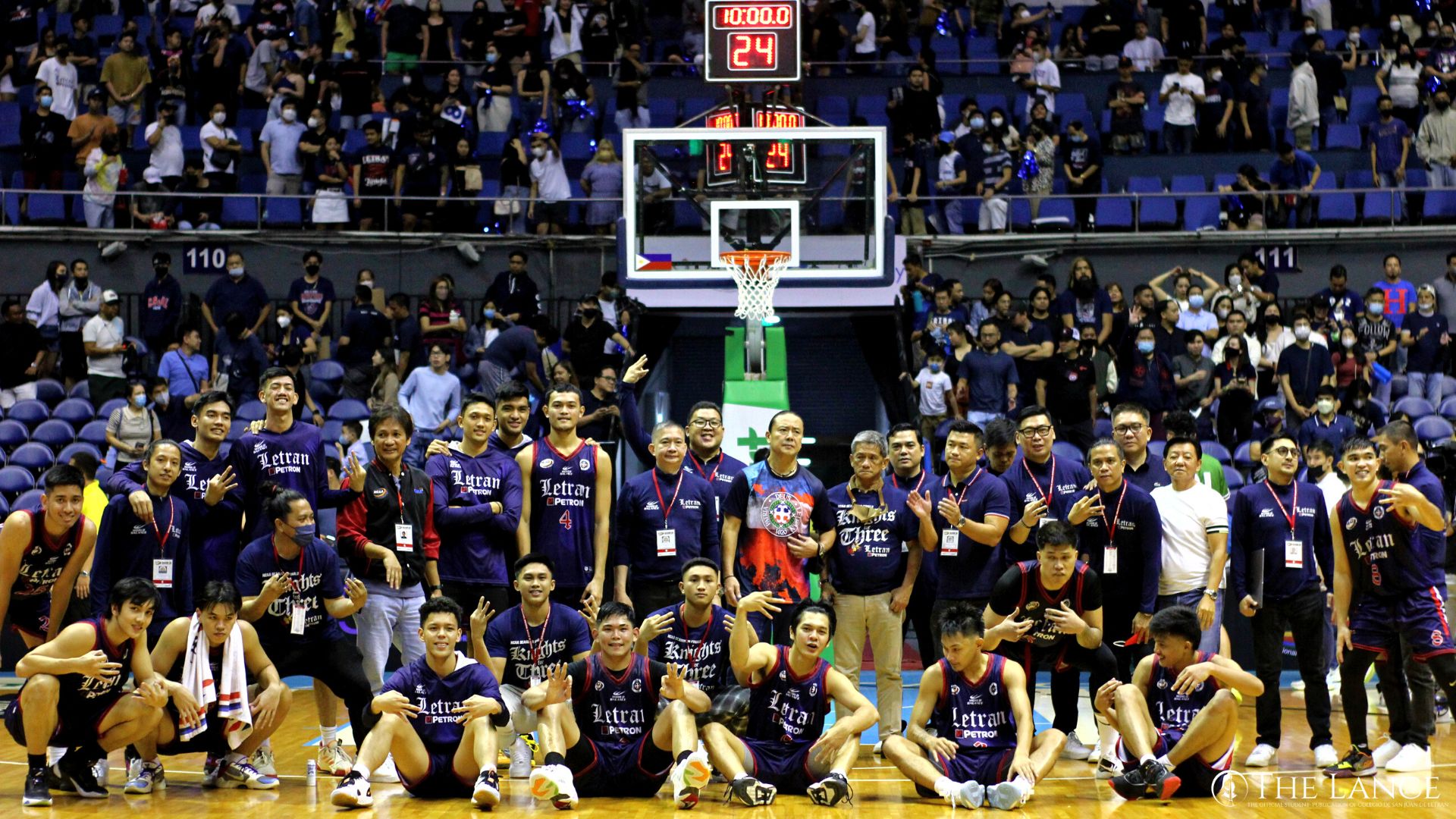 The Letran Knights in a humble victory pose as they come 1-step closer to the 3Peat. Photo courtesy of Yvonne Altaire Solon of The LANCE.

A game away from building a dynasty.

As expected, the game was heated right from the tip as the team dealt blow after blow in an effort to set the tone for the rest of the three-game series.

Each squad's big men held their own throughout the contest with a flurry of post-moves and defensive stops.

It was raining threes in Araneta as Letran and Benilde exchanged shot after shot. Unfortunately for the Blazers, Oczon went down after a make with an apparent ankle injury.

Coach Bonnie Tan's squad asserted their aggressiveness on both ends of the floor, crushing the offensive glass and hustling down to the defensive end.

Benilde's Will Gozum and Corteza however had other plans as they kept their team within striking distance as the game headed into the dugouts, 52-50.

Charles Tiu's squad looked to prove why their team finished first in the standings as they went on a run after halftime, leading by as many as 7.

Veteran swingman Louie Sangalang's presence prevented any lead bigger than that from manifesting as he made thought basket after the other.

Letran's championship pedigree reigned supreme, in the fourth quarter nonetheless, as they held their own to cap off the game with a dub.

Sangalang led all scorers with a massive double-double outing racking up 24 points and 10 boards, followed by a gritty 16 points from King Caralipio and a solid performance from Kurt Reyson who finished with 13.

The Blazers were led by Will Gozum's 18, 2 of which came from a ferocious jam over Rafael Go, to go along with 11 rebounds while as Miggy Corteza who had 18 of his own.

With Letran now leading the series they put their sights on Game 2 next Sunday at Araneta as they look to prevent Benilde from extending the series.