Knights Charges Past Lyceum, Books their Return Ticket to the Finals 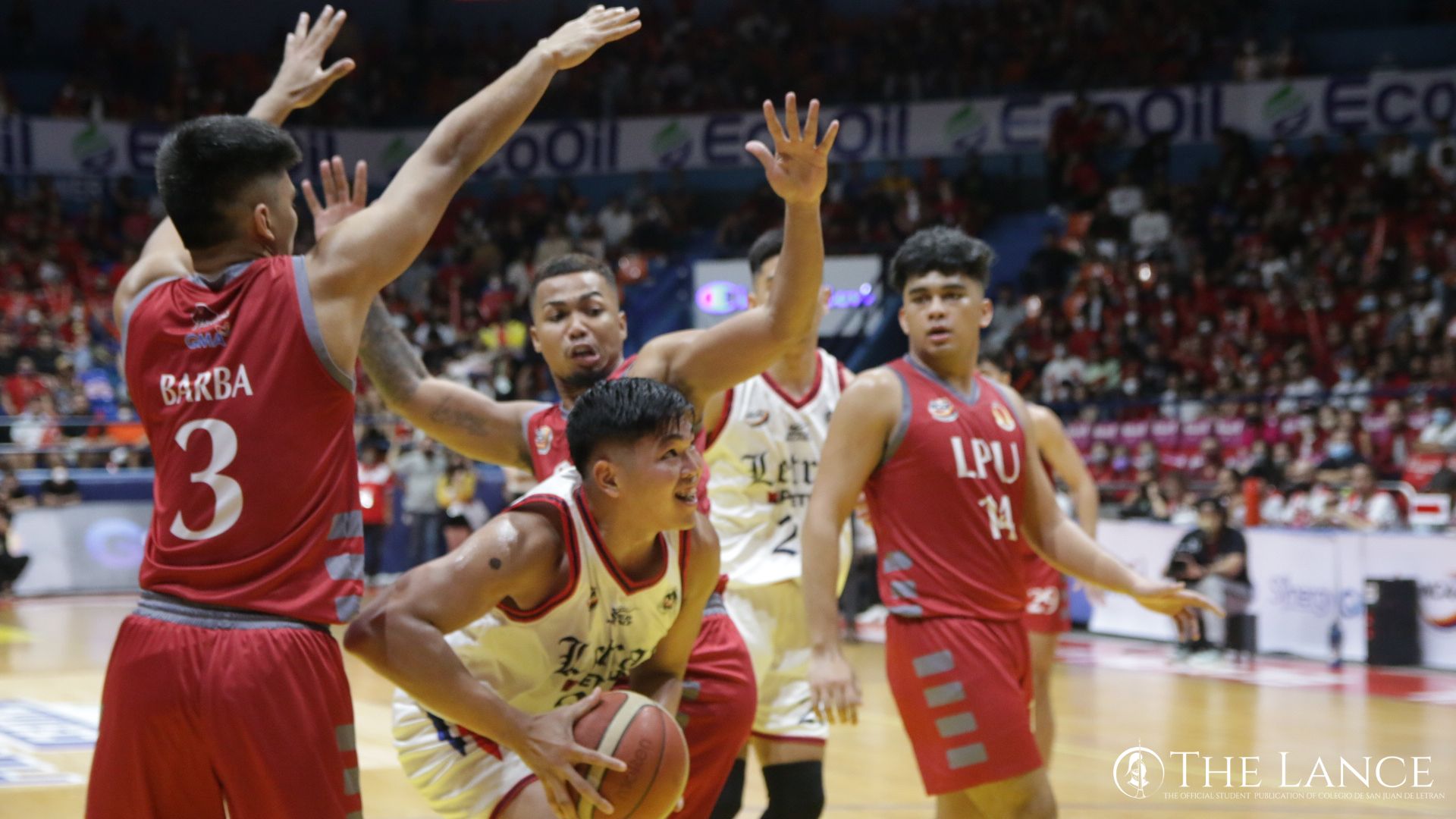 The Letran Knights in an amazing display of teamwork and professionalism as they enter the finals. Photo courtesy of Thomas Villanueva of The LANCE.

The Knights are back in the promised land.

SAN JUAN, PHILIPPINES - The Letran Knights squashed the plans of LPU Pirates to steal another playoff match, beating them 67-58, to launch their way back to the NCAA Finals during their final four clash earlier today at the FilOil EcoOil Centre.

"Brent is a winner", said Head Coach Bonnie Tan, commenting on the winning plays made by the graduating guard on both ends of the court. Brent Paraiso poured 7 out of his 9 points in the fourth quarter to secure the victory for the Knights.

Fran Yu top scored for the Knights with 11 points, 3 rebounds and an assist followed by King Caralipio who fascinated a double-double performance, tallying 10 points, 12 rebounds, 5 assists, and a steal. Louie Sangalang also added 9 points, 7 rebounds, 4 assists, and a block.

The Knights bucked to a slow start and even trailed by 4 13-17 at the end of the first canto but they were able to reinstate their momentum as Sangalang pulled key baskets closing out the second quarter in their favor, 30-28.

Fran Yu and King Caralipio started the third quarter with fiery back-to-back triples as the Knights kept their edge over the pirates.

It was with three minutes left in the third when Tommy Olivario waxed hot as he joined the party by firing consecutive treys to finish the quarter with a 5-point lead, 50-45.

The Pirates were able to tie the score at 50 apiece after Maclaude Guadana's three-pointer with 8:40 remaining in the fourth quarter, but the Knights imposed their will on both ends of the floor to finally break away from their fellow Intramuros-based squad.

The Knights will clash with the College of Saint Benilde in the first game of the Season 98 NCAA Finals on Sunday, December 4 2022, at the Smart-Araneta Coliseum.