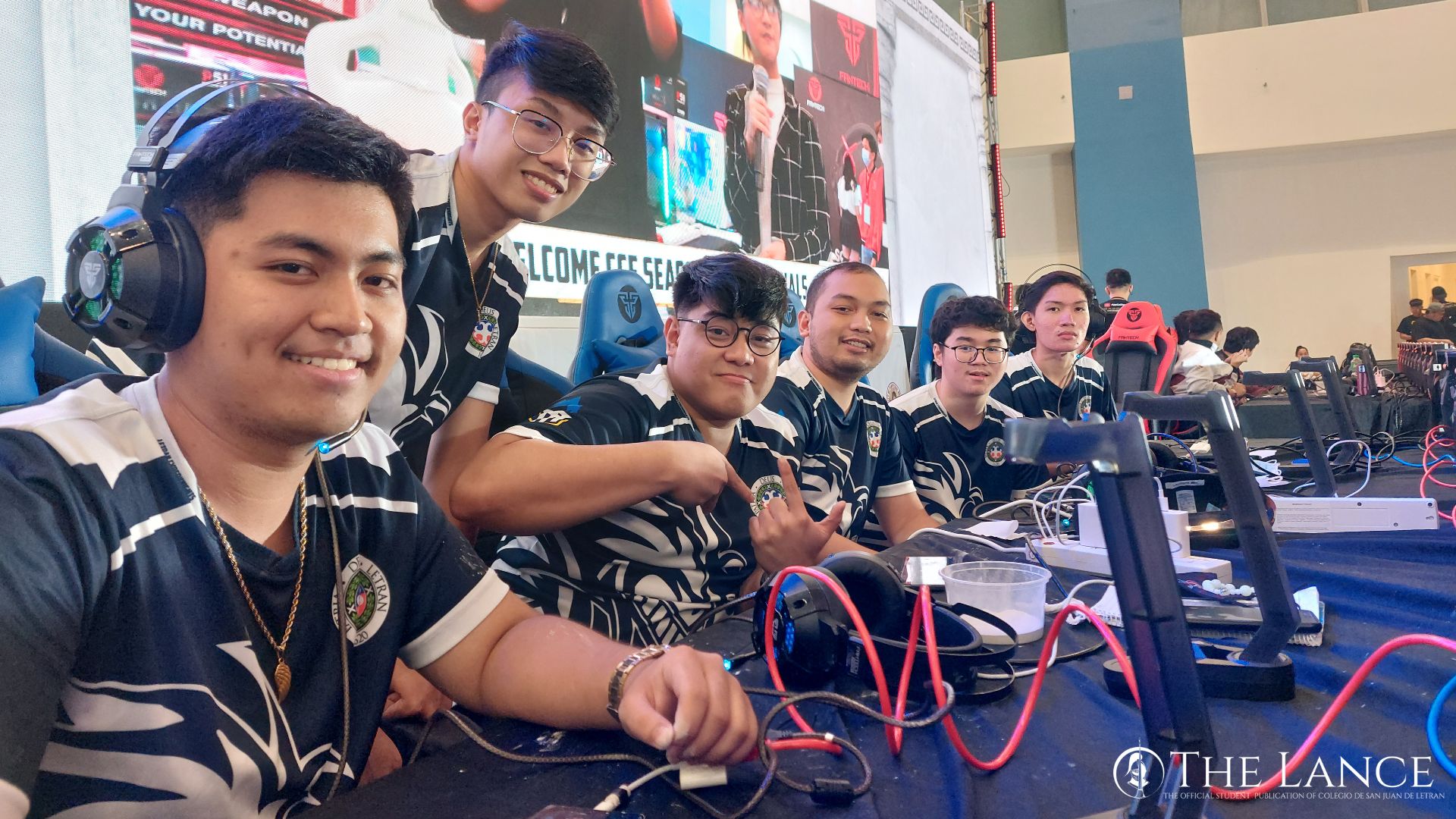 The Letran Cyberknights ESports team during their preparations at the CCE Season 2 ML:BB Finals tournament at the SM Mall of Asia. Photo courtesy of Marvin Isidro Jr. of The LANCE.

After an early elimination in the first season of the Collegiate Center for Esports last July, the Letran Cyberknights regrouped for CCE’s second season, advancing to the grand final stage of Mobile Legends: Bang Bang tournament.

The Cybernights were able to bounce back from their abysmal performance after beating the Lyceum of the Philippines University in the semifinals which enabled them to be placed in the upper brackets. Both teams were tied for the number 1 seed, a huge difference from Letran’s fifth-place finish last season.

The Cyberknights however, fell short in their finals matchup against LPU ending in  1-3. The team started out strong in the first game as they were able to keep at bay the players of LPU. Getting a 1-0  lead early on definitely boosted their confidence in the grand finals, but LPU had plans for them.

The second and third games favored LPU’s way, crushing the Cyberknights with a large score gap and which made it hard for the team to gather themselves and regain their momentum after countless setbacks.

As the 4th game ensued, LPU imposed their lead and made sure the Cyberknights were unable to strategize and start a comeback. The entire grand finals resulted in a score of 1-3 making LPU the winners of the 2nd season of the CCE.

Still, the Cyberknights made heads turn after a solid performance and a grand finals finish, a huge turnaround from their performance from last season. Only time will tell how they will perform in the coming seasons, but this recently concluded CCE surely showed that they are really more than an up-and-coming force to be reckoned with.