Letran Bounces Back, Cruises Past Mapua Behind Sangalang’s Near Perfect Game 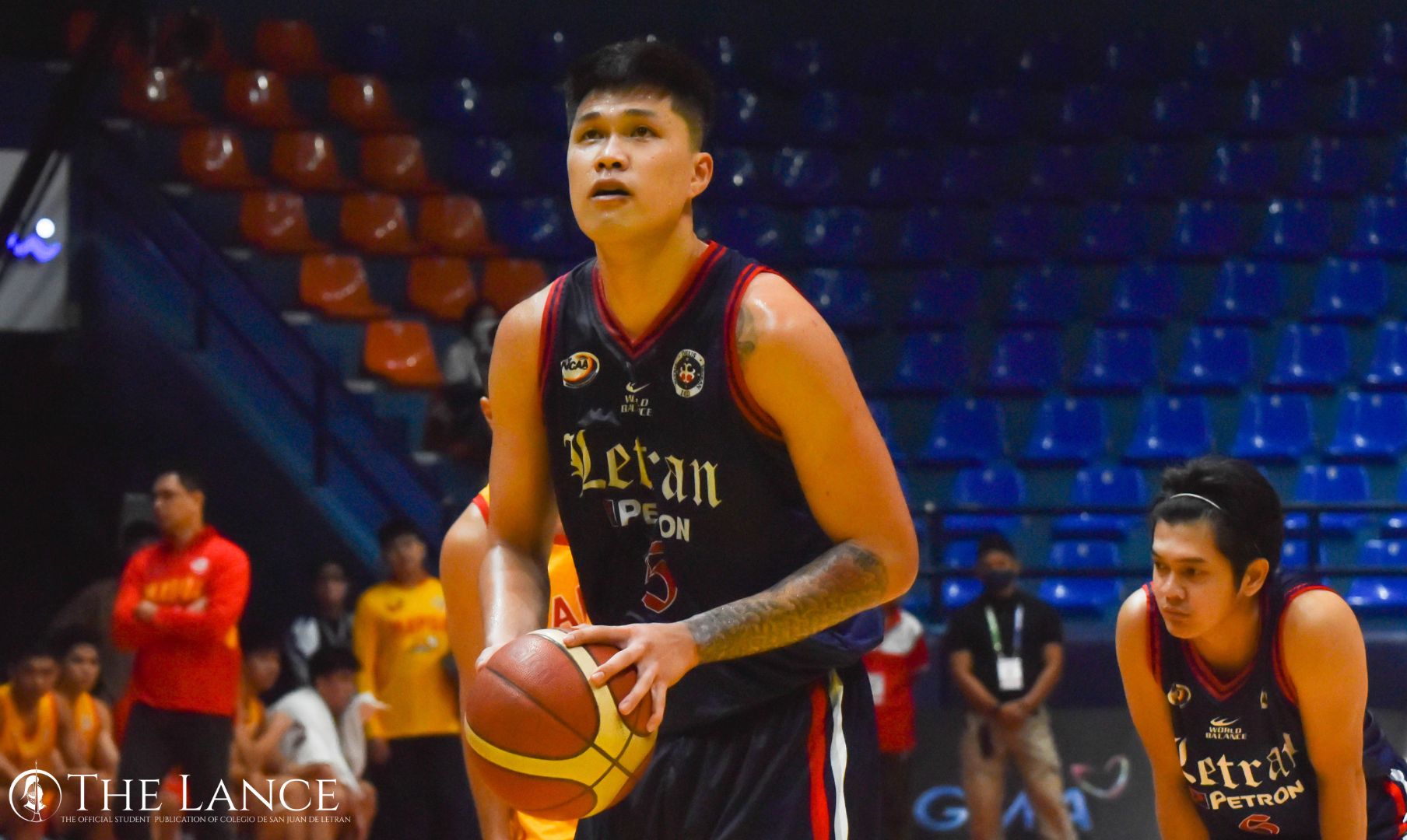 The Knight's Sangalang seen focused and victorious after taking down the Mapua Cardinals. Photo by Allen Mathew Velasquez of The LANCE.

The Letran Knights returned to their winning ways today by dominating Intramuros rival, Mapua Cardinals, 74-58, in their afternoon matchup at the FilOil EcoOil Arena in San Juan.

The Knights started off sloppy in the first period with a couple of early turnovers and a bunch of missed open shots. Trailed by as much as six, Fran Yu hit a three midway that got the other guys going. Louie Sangalang established an early advantage in the paint and hit double-digit scoring in the first ten minutes of action.

Letran caught fire at the start of the second canto and never looked back. They went on a 19 to 2 run that goes back to the end of the first quarter. This gave them their biggest lead of the game at seventeen, 37-20.

The swift ball movement became a key factor for the Knights as the team tallied 16 of their 26 assists in the first half alone which almost matched their per-game average this season of 16.5.

The game had a very eventful third frame that saw the referees blowing the whistle way too many times including on a technical foul called on Sangalang at the 3:25 mark.

In the third, the Cardinals cut the 46-32 halftime deficit to just single digits.

When Sangalang went into foul trouble, the Knights relied on other veterans such as Kurt Reyson and King Caralipio who respectively had timely baskets to maintain the team’s comfortable lead. KD Ariar also stepped up big time by being a reliable presence in the paint as the backup big man.

Mapua showed glimpses of a potential comeback in the third and fourth quarters but Letran’s championship composure prevailed in the end. With intense defense paired with steady shooting, the Knights pulled away in the final couple of minutes to close the door on the Cardinals.

Sangalang led all scorers with 21 points and 5 rebounds on a very efficient 90% scoring clip while missing just one shot. As a team, Letran was 48% from the field while collecting a total of 40 massive rebounds.

The Knights’ next and final assignment of the eliminations will be the Jose Rizal University Heavy Bombers on November 23.