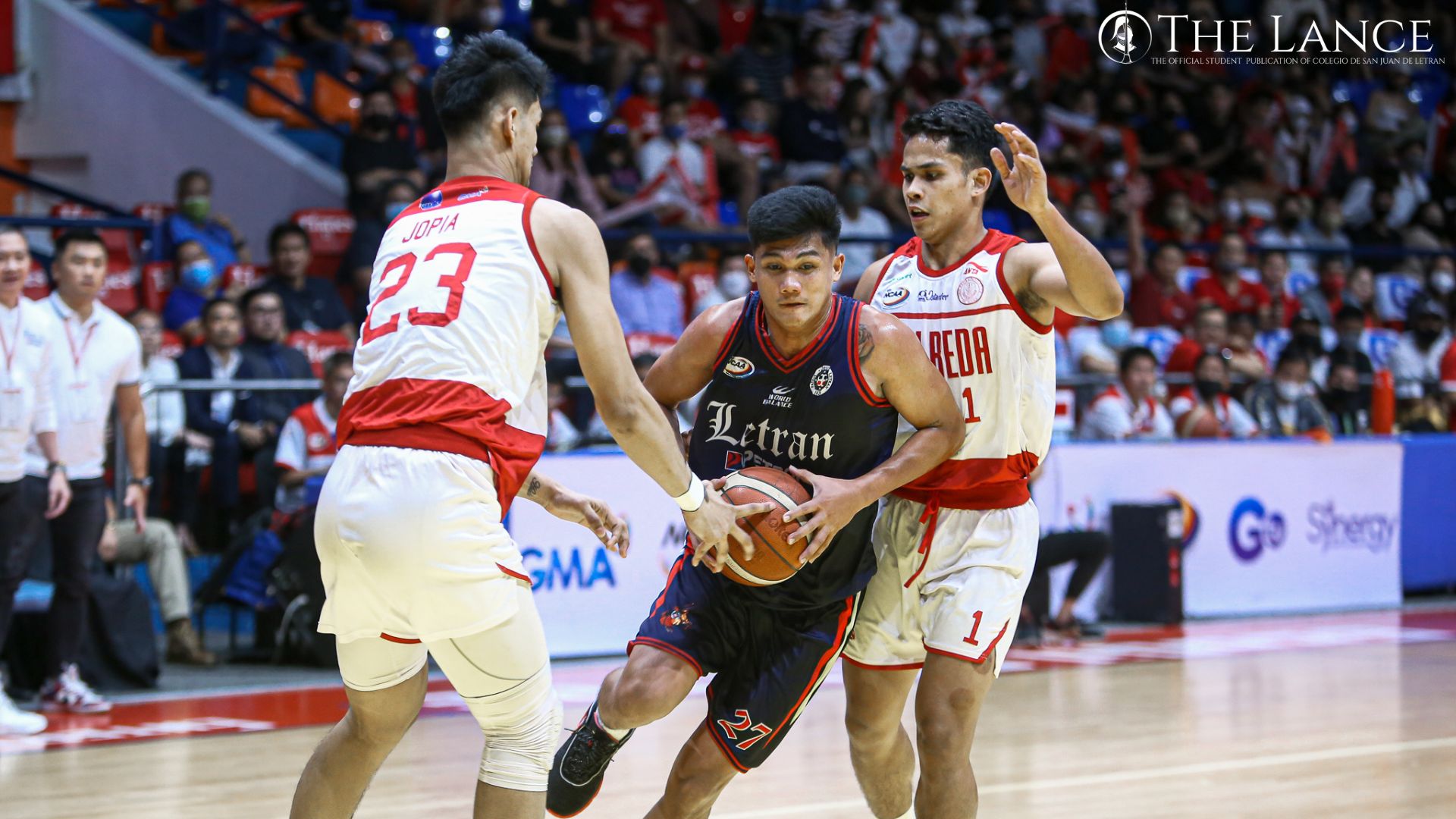 A Battle long-awaited between the arch rivals Letran Knights and San Beda's Red Lions falls on the latter's hands. Photo courtesy of Patrick Dominic Romero of The LANCE.

The Knights were down 2-11 early in the first, due to San Beda's Damie Cuntapay's hot hand, but managed to cut the lead to 3, 19-22, to end the opening quarter. Cuntapay finished the game with 16 points and made 4 threes.

It was James Kwekuteye's 19 points to go along with 7 rebounds, and 2 assists, however, that led the Red Lions to improve to 11-5.

The Final Four-bound Knights ended their nine-game winning streak against the Red Lions and were the first time that they lost twice to the same team this season.

Kurt Reyson contributed 11 points, 7 rebounds, 2 assists, and a steal in his efforts to start a comeback in the fourth, but his night prematurely ended after being called for a second technical foul.

Niel Guarino also tried to kickstart a run after getting 8 points and 4 rebounds in his limited time of play, but San Beda hit shot after shot to end any hopes of a Letran comeback.

The Knights' next game is against the Mapua Cardinals on Saturday, November 19, 2022.