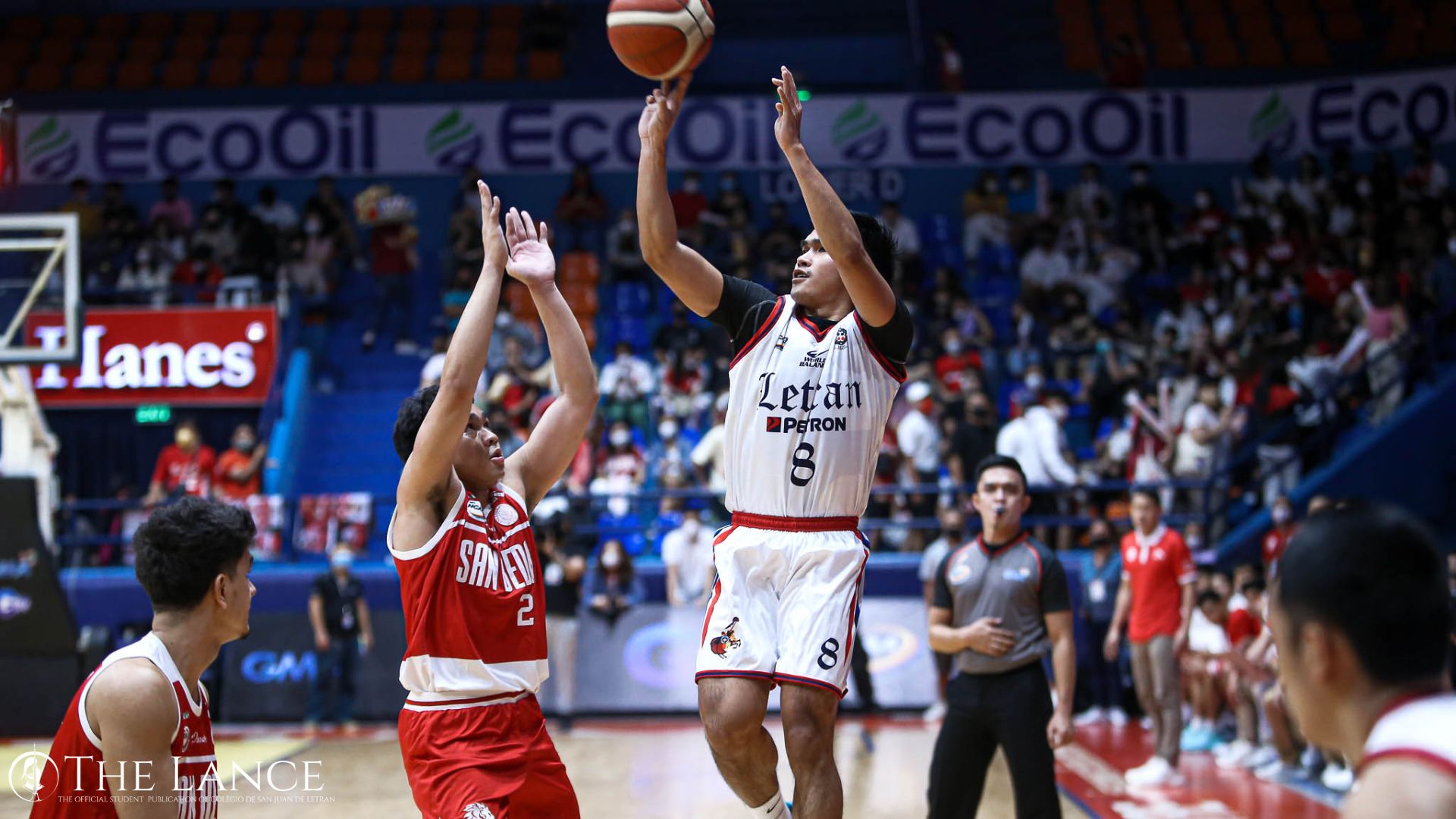 The Letran Knights take up the San Beda Red Lions in a bout of wit and skill tomorrow. Photo courtesy of Patrick Dominic Romero of The LANCE.

The Letran Knights will be looking to bounce back from their 76-68 first-round loss as they are set to face their arch-rival San Beda Red Lions in the 3 PM game on Wednesday, November 16.

Reyson topscored for the Knights during their previous matchup, finishing with 20 points along with two huge treys in crunch time to close in on the Red Lions’ lead.

The Knights were the first team to clinch a final four spot after their previous win against the EAC Generals, and Head Coach Bonnie Tan knows how huge this was to maintain their momentum towards their three-pit bid.

Letran is currently on a 9-game winning streak and is pushing to end the eliminations on a high note to gain a twice-to-beat advantage heading into the Final Four.

After their game against San Beda, the Knights still have games against the Mapua Cardinals on November 19 and the JRU Heavy Bombers on November 23.