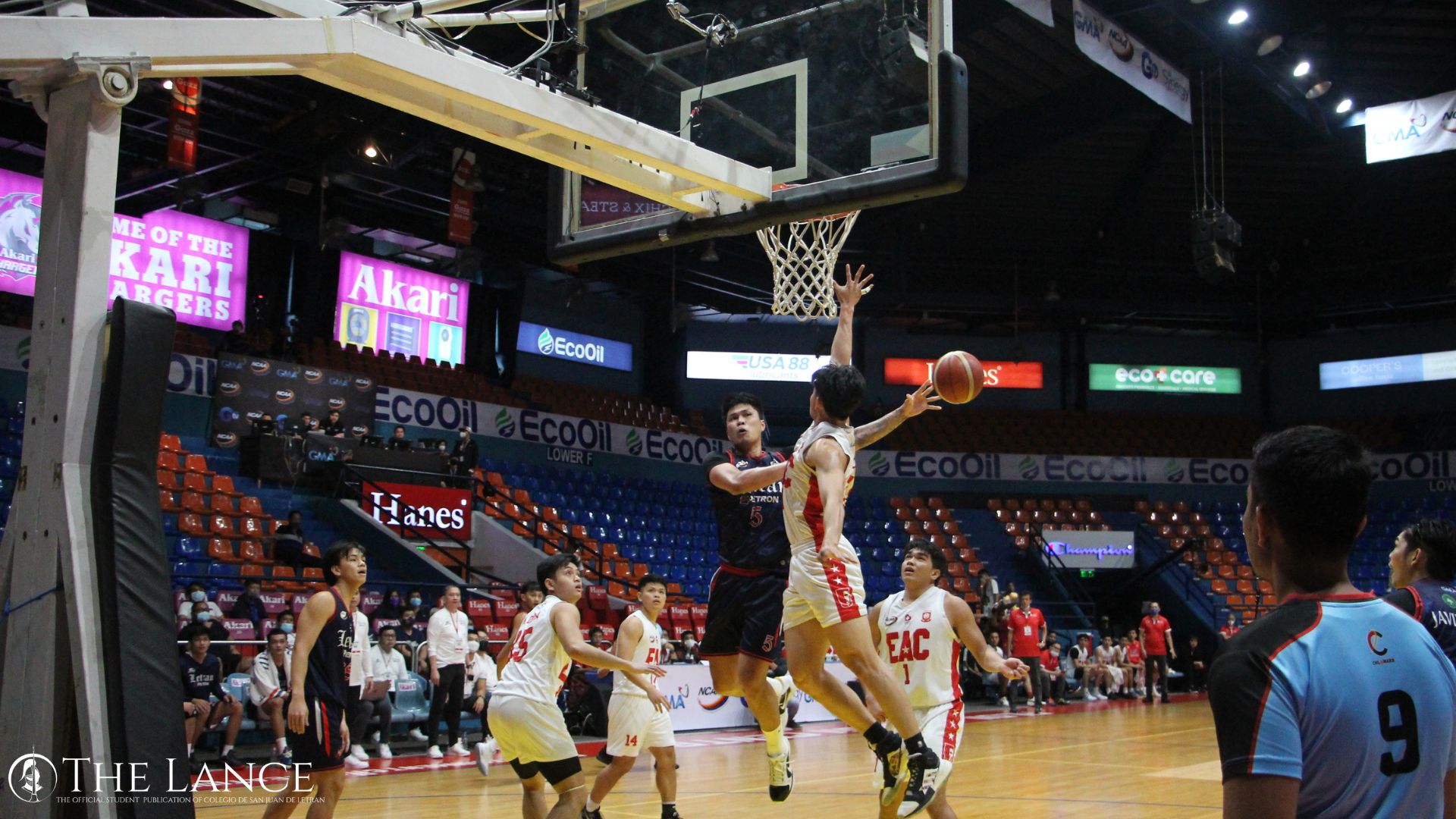 A defensive EAC masterclass was taken down by the Letran Knights, bringing the team into the Final Four. Photo courtesy of Christelle Haro of The LANCE.

Victory was claimed by the Letran Knights against the EAC Generals in an intense up-and-down match-up, 84-77, at the FilOil EcoOil Centre in San Juan City earlier today.

Louie Sangalang commenced the game with a lay-in to change scores, followed by an effortless three-point shot by Kyle Tolentino

On the contrary, EAC's Joshua Tolentino took the initiative and scored three points for the Generals.

EAC struggled to make shots in the opening quarter, allowing the Knights to dominate the court.

King Caralipio, on the other hand, tore down the wall created by the EAC Generals as he aggressively scored two points for the Letran.

Closing the quarter, the Letran Knights paved the way with Sangalang and Yu’s demonstrated teamwork, 25–17.

Nathaniel Cosejo took hold of the ball and commenced a scoring run at the start of the second quarter.

Unfortunately, the Knights struggled with their offensive gameplay while the EAC Generals took every chance with their flawless fastbreaks, closing the score gap.

As Sangalang was about to retrieve the game to their side, he was given an unsportsmanlike foul that benched him for the majority of the first half

EAC made advancements with their defensive gameplay along with their strategic offense performance, ending the half 38-41 in favor of the EAC.

Making changes, Yu amazed the crowd with his trouble-free three-point shot that cut the lead of the Generals. This was followed by yet-another fastbreak by Tolentino.

Despite the mini-run by Letran, Jan Carl Luciano made a three-point shot to swing the momentum back in EAC's favor.

As the scores were tied, the Generals' Tolentino didn't give the Knights easy access to claim the quarter, ending it once again in favor of their side, 60-63.

Kint Ariar also made his presence felt to start the final quarter in efforts to cut the lead of the Generals.

On the other hand, Cosejo made another basket in trying to maintain their lead.

Despite the EAC Generals' hard work, however, Caralipio and Reyson's timely three-pointers led Letran to victory, 84-77.

Not only is this the Knights' 9th straight win, but it also makes them the first team to clinch a final-four spot.

The following match for the Knights will be against rivals San Beda University on Wednesday, November 16, 2022, at 3:00 PM at the FilOil EcoOil Centre in San Juan City.