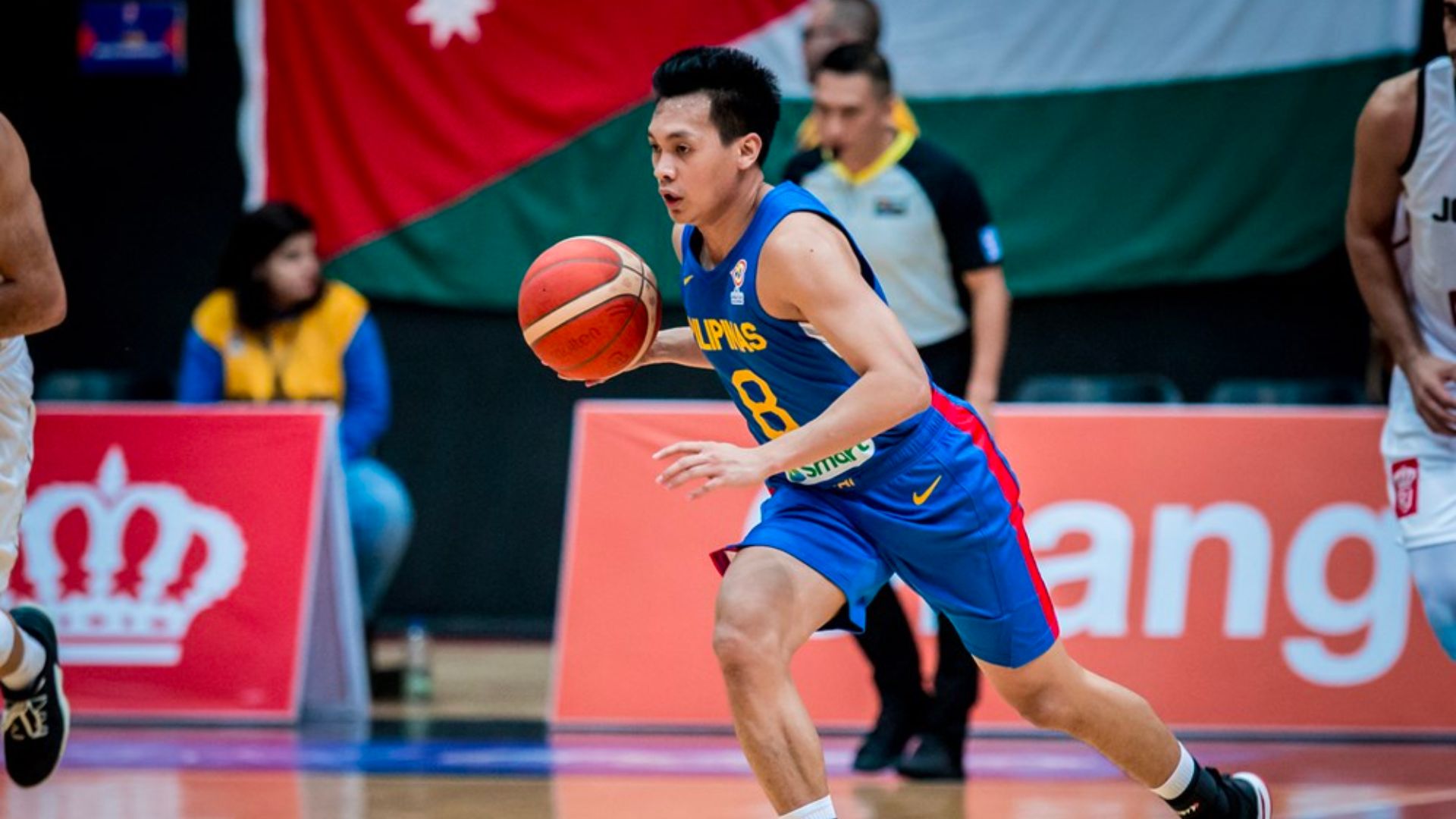 Scottie on a mission to win at the FIBA World Cup Asian Qualifiers against Jordan. Photo courtesy of FIBA Philippines.

Scottie puts on a show against Jordan in his best game yet donning the National Team colors.

After a 7-2 deficit to start the first, Gilas was kept afloat by Ray Parks Jr. who helped keep the game close, scoring 11 of his 13 total points in the first half. He added pairs of rebounds, assists, and steals in his all-around performance last night.

Kai Sotto also managed to hold his own against Jordan’s Ahmad Al Dwairi, finishing with 16 points, 7 boards, 2 assists, and 2 rejections.

Trailing 37-41 at the end of the 2nd, Gilas used a 21-10 third-quarter run highlighted by Gilas’ defense and spectacular plays from national team returnee CJ Perez and the reigning PBA MVP Thompson. “Baby Beast” Perez finished with 11 points, 5 dimes, and 3 boards.

It was Scottie’s performance, however, that stood tall amongst others. Thompson showed another all-around signature game, flirting with a triple-double after finishing with 8 points, 13 rebounds (7 OREB), 8 assists, and a steal. This was on top of leading Gilas with a team-high +/- of +25.

Ange Kouame also helped anchor the National Team’s defense in the second half before fouling out only after more than 11 minutes of play.

This dub improves Gilas’ record to 4-3, while also giving Jordan its first home loss since 2018. They would next face Saudi Arabia in Jeddah on Nov. 14, 12 AM, Manila time.