BACK ON TOP – Knights Glorious Against Blazers, Claim Solo First 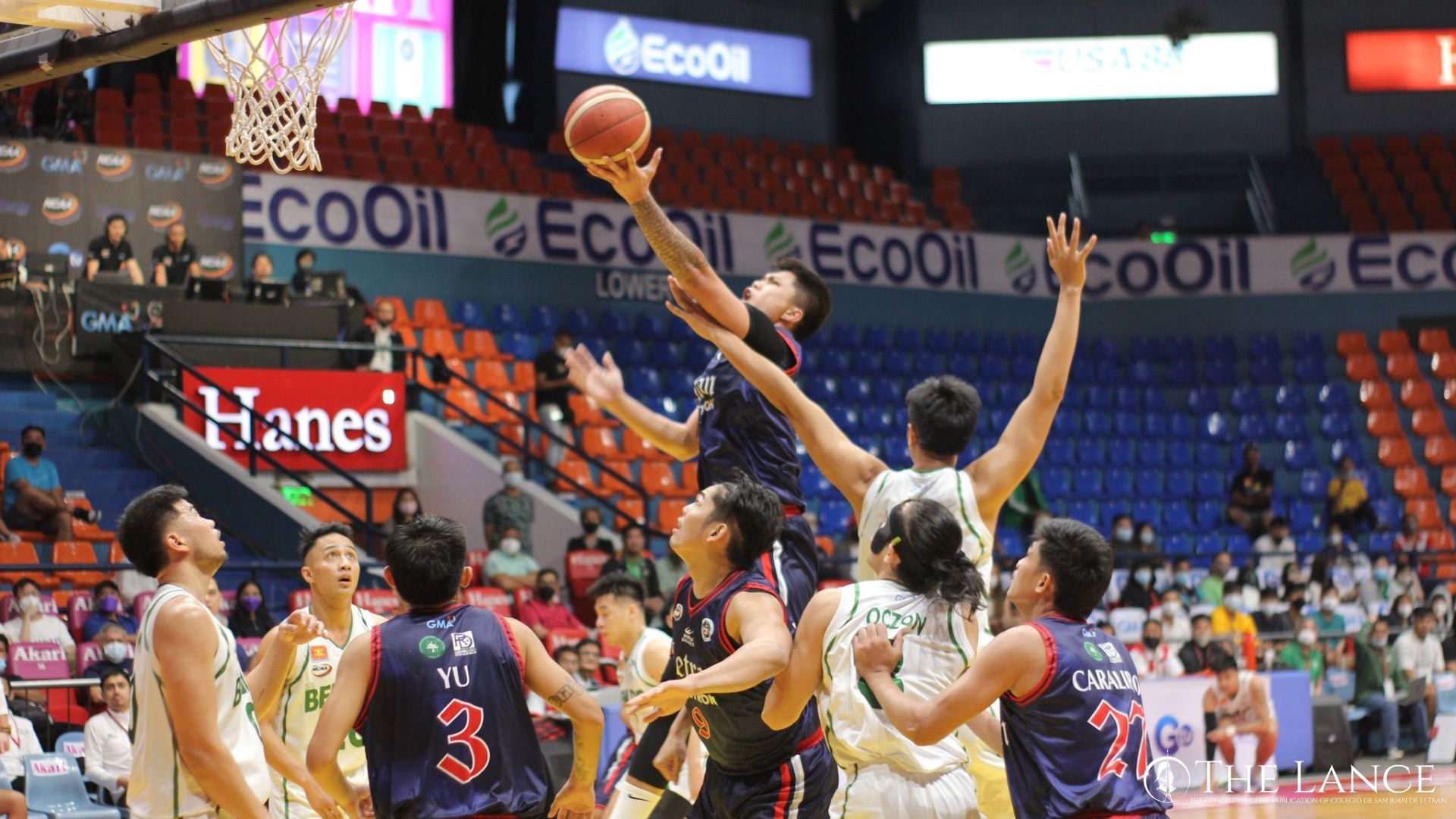 The Letran Knights in a jaw-breaking duel VS lead team CSB Blazers in an uphill battle for top place. Photo courtesy of Yvonne Altaire Solon of The LANCE.

San Juan, Metro Manila- The Letran Knights showed composure and firepower after defeating the College of Saint Benilde Blazers, 74-66, in their rainy-afternoon matchup earlier today at the FilOil EcoOil Arena.

The Knights struggled to put up points on the board to start things out, even trailing 5-13, with 5:38 left in the first. It was back-to-back triples from Kurt Reyson and Fran Yu, along with 2 made free-throws from King Caralipio that allowed Letran to burst out an 8-0 run to tie the game at 13 apiece. Letran banked on their momentum to close the first, allowing them to overtake CSB, 20-19.

Both teams locked horns and engaged in a tug-of-war of leads during the second frame, but Louie Sangalang and rookie Rafael Go made magic for Letran. Go scored 7 of his 9 total points in the second, while “Saint” Louie already put up 10 points, 4 rebounds, and a block only in the first 2 quarters to allow Letran to create some breathing room to end the half, 41-36.

Sangalang top-scored for Letran after putting up 21 points, 9 boards, and 3 rejections. Backing him up was Kurt Reyson who finished with 14 markers, 5 rebounds, 2 assists, and 2 steals. Fran Yu delivered the goods for the Knights after finishing with 10 dimes, 5 points, and a steal.

Letran tried to create more breathing room between them and CSB, but the Blazers successfully weathered any storm the Knights were trying to put up. The Knights failed to capitalize on the momentum they had to start the 3rd with Benilde holding them to only 9 points in the quarter. This allowed the Taft-based squad to take the lead heading into the fourth, 51-50.

It was pretty much the same story that allowed the Blazers to trade leads with Letran, even leading by 3, 63-60, late in the final frame. A huge 3-pointer by Reyson allowed the Knights, however, to snatch the lead from CSB, 65-63, with 53.4 seconds late in the fourth. A Sangalang and-one pretty much sealed the deal for the defending champs to eventually get the dub and take the top seed from the Blazers.

Letran would look to extend their 8-game win streak when they face the EAC Generals on November 12, 2022, at 12 noon.