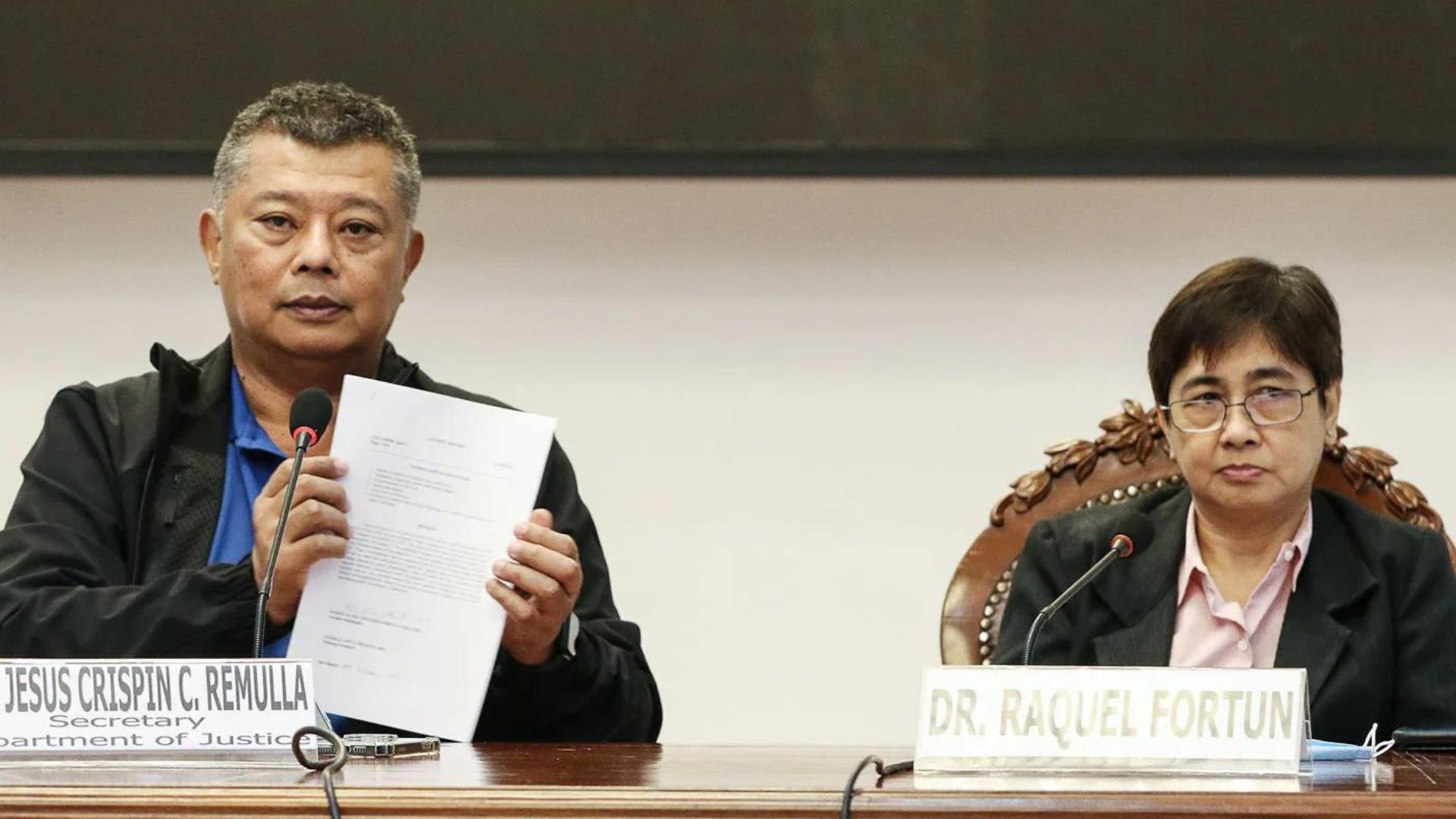 The Secretary of the DOJ announced during a press conference, the results of an second autopsy of Middleman in Percy Lapid Killing Case. Photo courtesy of Rappler.

The second autopsy of Crisanto “Jun” Villamor, one of the alleged middlemen involved in the killing of radio broadcaster Percy Lapid, revealed he “died from suffocation by means of a plastic bag over his head.”

The autopsy report stated the manner of Villamor’s death was a homicide. The report also revealed the alleged middleman had pulmonary congestion, edema, and hemorrhages, a parasitic infection on his liver, and a needle puncture on his right hand.

The toxicology conducted on Villamor also showed methamphetamine in his urine, implying there is still a circulation of illegal drugs in Bilibid.

Crisanto “Jun” Villamor died on October 18, 2022, the day after Joel Escorial, the gunman of Percy Lapid, surrendered himself to the authorities and implicated him in the case.

The National Bureau of Investigation (NBI) performed the first autopsy. It showed Villamor had a hemorrhage in his heart and did not pass away due to physical injury. The Philippine National Police (PNP) and President Ferdinand “Bongbong” Marcos, Jr. doubted the autopsy.

The family of Percy Lapid requested a  second and independent autopsy on Villamor.