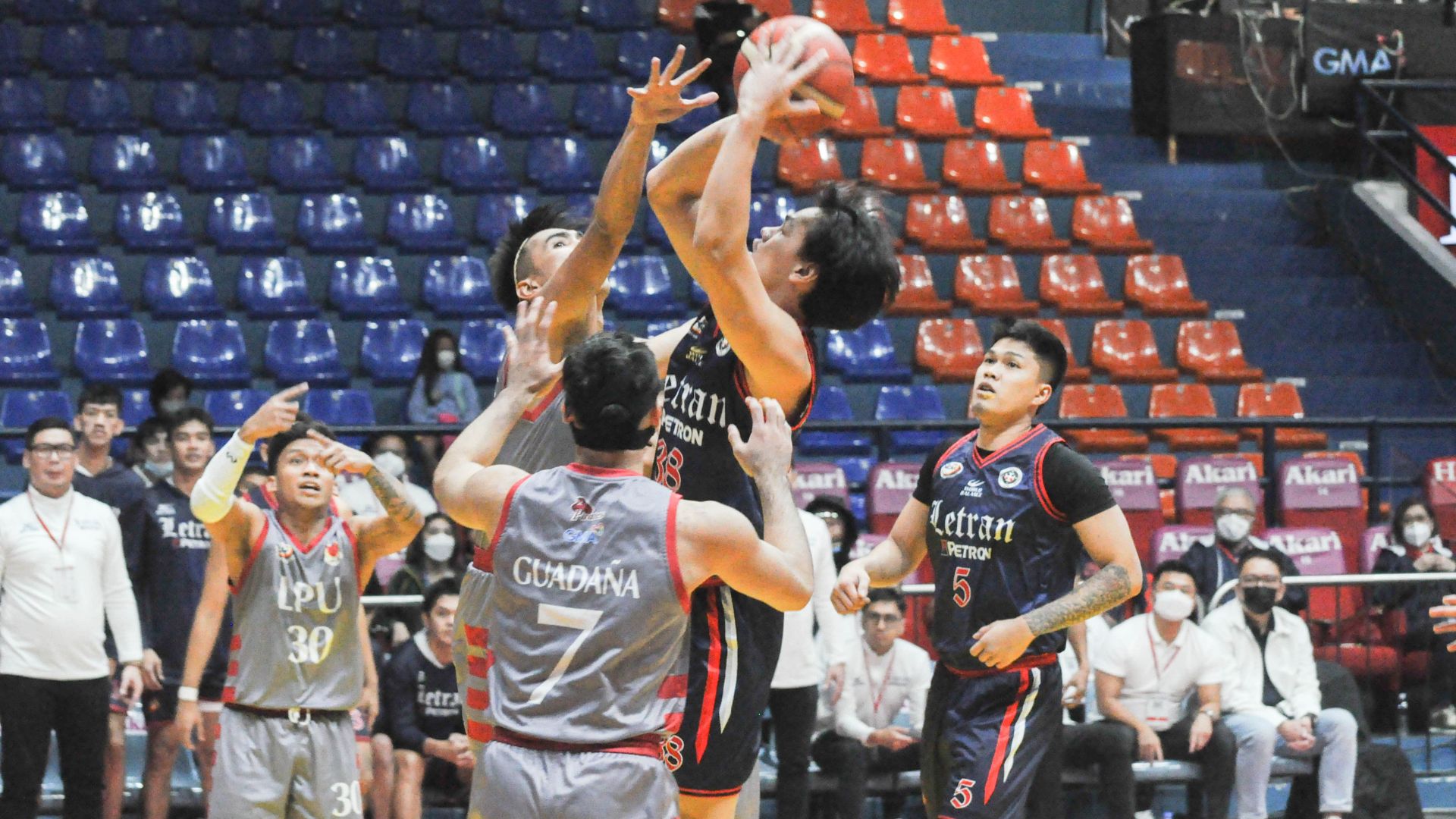 The Letran Knights backed by the spectators raced to victory in a heated matchup. Photo courtesy of Patrick Cruz.

Brent Paraiso stood up to his lofty billing as one of Letran’s veterans as he carried the team in the second half.

The Letran Knights have successfully bounced back from their first-round loss against the LPU Pirates as they hacked out a 69-64 victory in the second round of NCAA Season 98 eliminations earlier today at FilOil EcoOil Arena in San Juan City.

With this, the Knights carved out their seventh straight victory and improved to a 10-3 win-loss record, while the Pirates sank to an 8-5 record.

Paraiso led the defending champions with 13 markers on top of 2 rebounds, 3 assists, and 2 steals while being backed by Louie Sangalang who shared 12 and Kurt Reyson who drilled 10 points.

Letran trailed firsthand, 2-6, due to ball mishandling mishaps but a Louie Sangalang layup caused the six-all deadlock early in the match.

Reyson caught fire at the start of the second frame, draining two consecutive treys to pull the Knights by four, 23-19.

Both teams displayed tighter defense by the start of the second half as the push and pull of the lead is also observed.

Rafael Go scored a bucket to increase Letran’s lead by two, 41-39 but a trey by LPU’s John Barba a few plays after evened out the cushion to 42-all.

Paraiso immediately made his presence felt to start the third as he drained two triples which allowed the Knights to lead by six, 50-44.

Late in the fourth, the Pirates regrouped to improve their offense and eventually reached a 62-all deadlock through a Barba triple.

Prized playmaker Yu drained all of his free throws successfully to further extend the cushion to as much as two.

Barba spearheaded the Pirates with 16 on top of three boards, one assist, and one block while getting help from JM Bravo and Enzo Navarro who combined for 17 markers.

Letran will clash against Jose Rizal University on Sunday, October 30 at 3 PM.