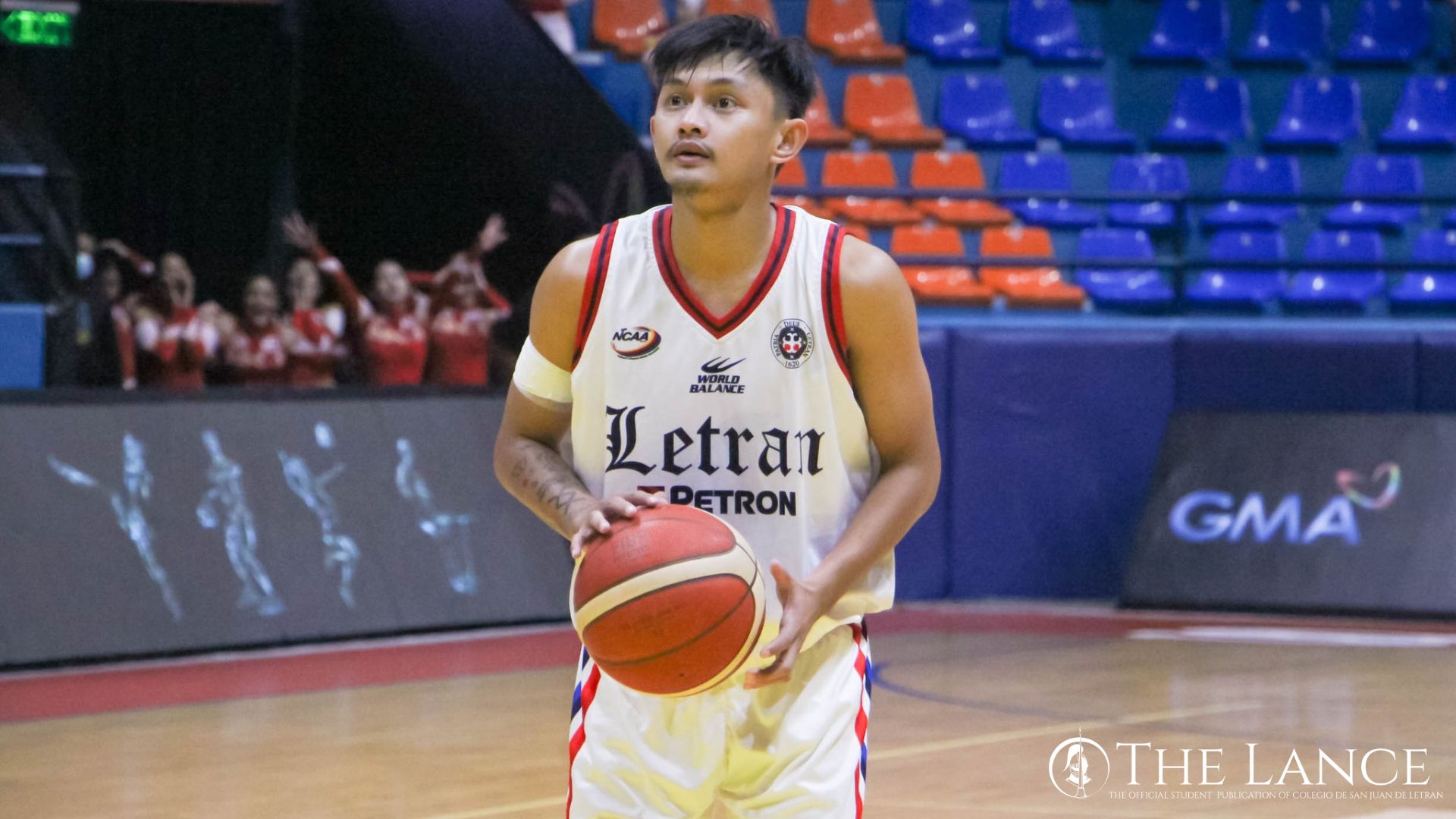 Fran Yu shining bright after being selected as the CPC crowns him as NCAA Player of the Week. Photo courtesy of Christelle Haro of The LANCE.

AFTER a blazing start in the Knights’ second-round campaign, Letran Star and Team Captain Fran Yu was hailed as the NCAA Player of the Week by the Collegiate Press Corps after averaging 12.7 points, 5.0 rebounds, 3.0 assists, and 2.0 steals.

He led Letran to wins over the Perpetual Altas, Arellano Chiefs, and the San Sebastian Golden Stags where he put out an impressive 19-point, 5-rebound, 2-steal, 1-assist performance. This was also Letran’s 6th straight win dating back to the first round of the eliminations.

The Letran Knights still have Lyceum, JRU, Benilde, EAC, San Beda, and Mapua on their schedules until the end of the eliminations.

After the revised second-round schedule, the Letran Knights’ next game will be against the LPU Pirates, on Friday, October 28, 2022, at the FilOil EcoOil Centre in San Juan. Letran would be looking to avenge their 75-82 loss against their fellow Intramuros-based squad during the first round of the eliminations.